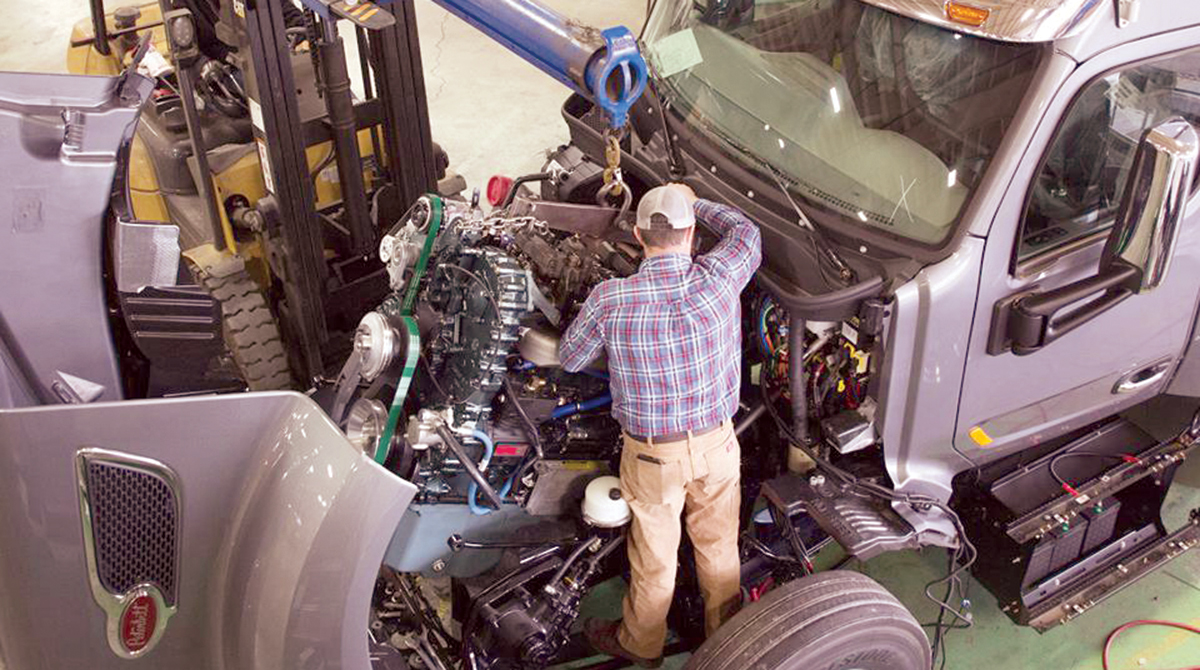 The already 2-year-old civil court fight between Tennessee-based glider manufacturer Fitzgerald and the IRS is now set to drag on for at least another two years.

A federal magistrate judge during a March 16 hearing scheduled a trial date of July 11, 2023, setting up a possible end to a drawn-out legal battle during which piles of legal document filings — complaints, motions, orders, settlement attempts, affidavits and case status meetings — have already been submitted. Meantime, Fitzgerald and government attorneys are still slugging it out to set ground rules for legal discovery in the case.

The issue at stake is whether Fitzgerald should pay millions of dollars in back taxes to the IRS for not adding a 12% federal excise tax to the cost of glider trucks the company sold from 2012-2014, as identified in a 2014 IRS audit. If the two sides can’t come to some sort of settlement, the anticipated two-week trial could get quite heated.

When Fitzgerald filed the lawsuit against the IRS in February 2019, the tax bill was only listed as $23 million. But after all the legal haggling, the government has increased Fitzgerald’s bill for back taxes to $89 million.

Even before the lawsuit, glider trucks have been a controversial topic of industry debate, criticized by many trucking segments because they offer a way to avoid meeting the latest diesel emissions requirements by installing older, often rebuilt, engines in new bodies.

Fitzgerald Truck Parts and Sales is a family-owned business that has built gliders since 1989.

A glider truck is built from a kit. Glider kits consisting of new tractor parts, including such items as the cab, frame, sheet metal, mounting brackets and steering gear, are produced by original equipment manufacturers such as Peterbilt, Kenworth, Freightliner and Western Star. Powertrains and other necessary parts are then added and the glider trucks are offered for sale, usually at a price that is significantly less than the cost of a new truck.

In court documents, the company alleged it was being targeted by the IRS, which it said has not assessed excise taxes against all dealers that sold gliders during the relevant tax periods, an allegation that government attorneys have denied.

Fitzgerald has argued in court documents that it is exempt from the excise tax because its costs and profits in assembling a glider generally does not exceed 75% of the cost of a new truck. For roughly two decades, the IRS agreed.

But in 2014, the IRS began an examination for each of the tax quarters from 2012 to 2014. On May 26, 2015, the IRS sent a letter informing Fitzgerald that, among other things, it owed excise taxes, penalties and interest.

“An accompanying report from a revenue agent opined that [Fitzgerald] was not extending the useful life of an existing vehicle, but instead was fabricating a truck tractor that did not exist prior to the fabrication,” a court document said.

In the summer of 2019, government attorneys asked a federal judge to dismiss portions of the Fitzgerald lawsuit. But in a July 2019 memorandum order Chief U.S. District Judge Waverly Crenshaw Jr. of the Middle District of Tennessee rejected the request. In his opinion, Crenshaw called the then-$64 million tax bill “a whopping assessment” for the period between 2012 and 2014.

“The taxes, of course, were not collected at the time of the sale of the glider trucks, and it is highly unlikely that truckers or fleet owners would willingly pay taxes on trucks that were purchased between four and six years earlier,” Crenshaw wrote.

“As our industry continues to make great strides in reducing our emissions profile, the elimination of excess pollution created by glider vehicles will go a long way in further cleaning up our nation’s air,” said Glen Kedzie, energy and environmental affairs counsel for American Trucking Associations. “As we continue down the path toward a zero-emissions future, gliders should not be allowed to skew the continued historic emissions progress our industry has worked so hard to achieve.”