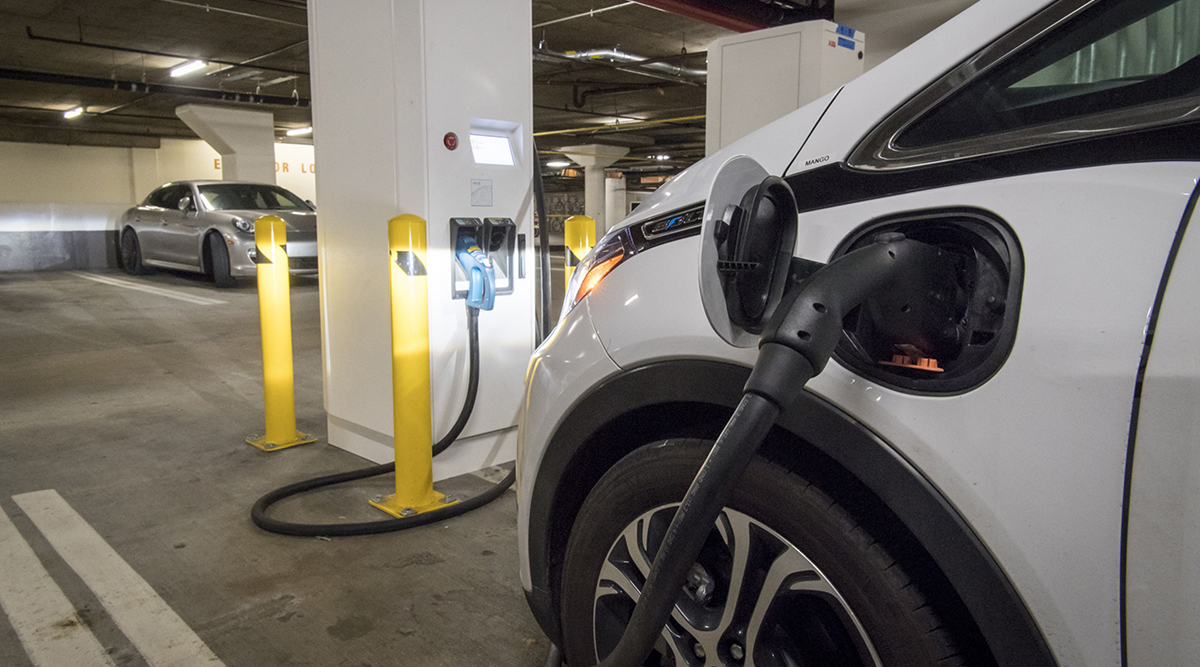 High-speed charging for electric vehicles could be on its way to becoming a mainstream convenience, available at grocery stores, apartment buildings and other locations many people frequent.

Imagen Energy, based in Wisconsin, has been awarded a $12 million grant from the U.S. Department of Energy (DOE) to advance the development of DC fast-charging that is easier to deploy, cheaper to operate and occupies a smaller footprint. Imagen will partner with Volta, a maker of car chargers supported by advertising to scale up the technology.

“This money is being used to develop the next generation of cutting edge DC fast-[charging] technology. And it’s all in the vein of trying to step down the ladder from a cost standpoint,” said Drew Bennett, executive vice president for network operations at Volta Charging. “So, can we have smaller footprints? Which is very important in densely populated type areas. Can we reduce the cost of operation by increasing efficiency?”

Volta is largely known for its free-to-use Level 2 chargers installed in shopping centers and similar locations, designed to allow drivers to top off their batteries while shopping. The chargers are supported by advertisements displayed on their screens. However, the company has been exploring expansion into the DC fast-charging space, said Bennett.

Fast-chargers can generally provide 15 to 20 times the power of a Level 2 charger, and today are largely found on high-volume corridors, like interstate highways. A sizable piece of the federal infrastructure law is designed to build a network of some 500,000 fast-chargers nationwide before the end of the decade. That effort, along with the goal of expanding charging opportunities within communities — Volta’s focus area — will require new expertise by cities and other organizations to locate charging in areas to support the growth of EVs among all residents.

“With the Biden administration’s target of having 500,000 public electric vehicle charging stations in place by 2030, that means adding more than 3,000 public charging stations each month for the next eight years — more than double the current pace of charger installations,” said Giuseppe Incitti, CEO of Sitetracker, a provider of deployment operations management software, used by companies like ChargePoint, Duke Energy and EVgo to determine charging locations.

Volta has its own technology, known as PredictEV, an out-of-the-box infrastructure planning tool that utilizes mobility patterns, population distribution, visitation data and other information to determine where chargers should be located.

“These systems, whether running through governments or the contractors they work with, are critical to rapid rollouts of critical EV charging infrastructure and ensure the wise investment of taxpayer dollars, now and in our electrified future,” said Incitti.

The DOE grant is part of the Advanced Research Projects Agency-Energy (ARPA-E), which is tasked with growing the DC fast-charging sector.

“Meeting the president’s goals of cutting greenhouse gases by 50% by 2030 and reaching net-zero emissions by 2050 will require an acceleration of private sector investments across the clean energy and transportation sectors,” said Secretary of Energy Jennifer Granholm, in a statement. “These projects will catalyze the commercialization of promising technologies so that they are available to be broadly deployed across the country in support of reaching our clean energy future.”

The high-speed chargers being developed by Volta and Imagen will likely differ from Level 2 chargers in one crucial area: They will not be free to use.

“DC fast-charging, from a cost profile is different. It’s more expensive on the capital side, but also just the ongoing operations,” Bennett explained. “That’s not something the media side of our business can fully subsidize, but it does allow us, obviously, to have a reduced cost structure compared to the other folks out there.”