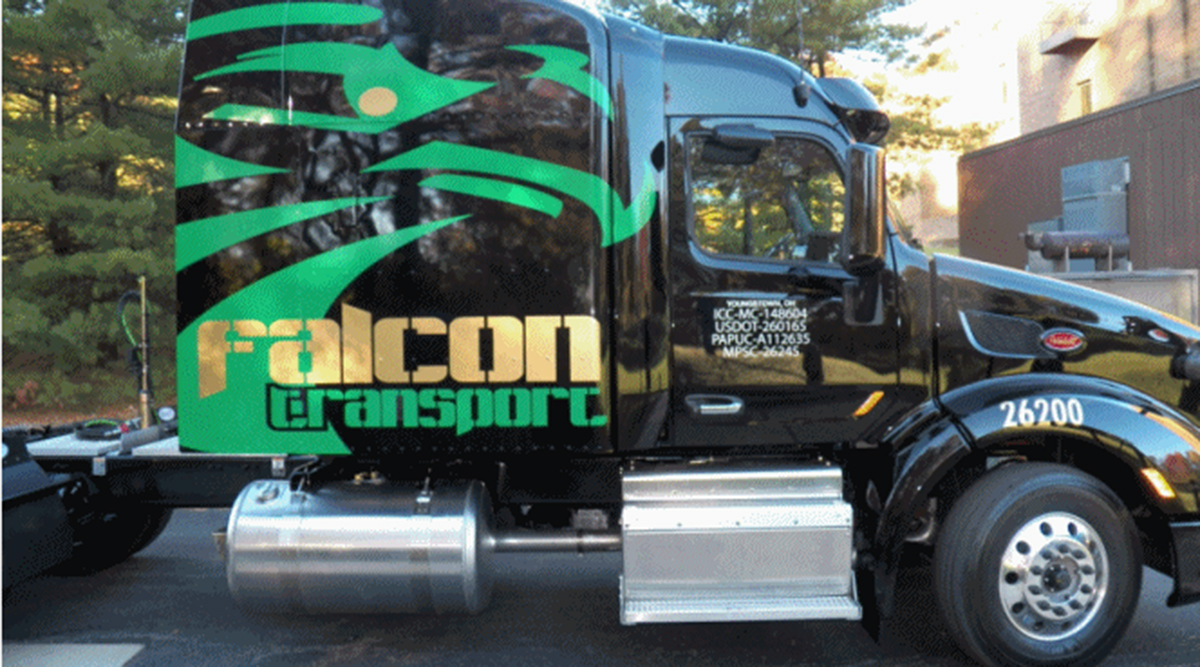 A Youngstown, Ohio-based trucking company laid off about 550 employees on April 27, only a year and a half after being purchased by a Los Angeles investment firm, and is now facing an employee lawsuit.

Falcon Transport Co. sent e-mails to drivers on April 27 directing them to stop working and announcing that the company was shuttering all its locations, according to Jayson Calhoun, Falcon Transport’s director of operations, who spoke briefly to Transport Topics on April 30.

Calhoun said the parent company, CounterPoint Capital Partners of Los Angeles, did not disclose why it was shuttering the 116-year-old company.

Ohio Rep. Tim Ryan decries the shutting down of Falcon Transport on the heels of the closing of GM's Lordstown plant in Ohio.

The layoff shocked workers and drivers, some of whom went on social media to complain of the sudden terminations.

Trouble for Falcon may have begun when General Motors Co. closed a nearby plant in early March. The Lordstown, Ohio, assembly plant made the Chevy Cruze sedan, and The Associated Press reported the trucking firm had ties to the GM plant. Calhoun told TT he doesn’t know why CounterPoint Capital made the decision, but that it was reasonable to surmise the GM plant closure contributed to Falcon’s demise. 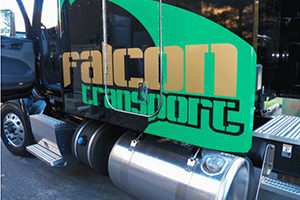 Falcon Transport, based in Youngstown, Ohio, was founded in 1903. (TT file photo)

The sudden closure caused at least one Falcon employee to sue. On April 29, the company was sued for failure to give sufficient notification to employees who were terminated. Mary Chavez of Girard, Ohio, was a business office employee, according to her attorney, Stuart Miller of New York City. She was given no notice of her termination and went into work to learn she was being sent home.

Miller told TT that he is researching the company’s actions, which he said violated the federal Worker Adjustment and Retraining Notification Act of 1988. That law requires companies with 100 or more employees to notify their employees within 60 days of a mass layoff.

Miller added that Chavez is being joined by other employees who were laid off.

Failure to give proper notice via WARN could mean Falcon will be required to pay workers’ wages for 60 days, with benefits, Miller said.

Falcon Transport, founded in 1903, last reported 585 truck drivers and more than 700 power units to the Federal Motor Carrier Safety Administration. But Calhoun said the total number of employees was closer to 550 at the time of layoffs.

On Sept. 29, 2017, Falcon was purchased by CounterPoint for an undisclosed sum. Officials from CounterPoint could not be reached for comment and did not return emails from TT.

News of the closure sent recruiters racing to Falcon’s Facebook page, which hasn’t been updated since 2016. Recruiters left comments on the page urging drivers to contact them.