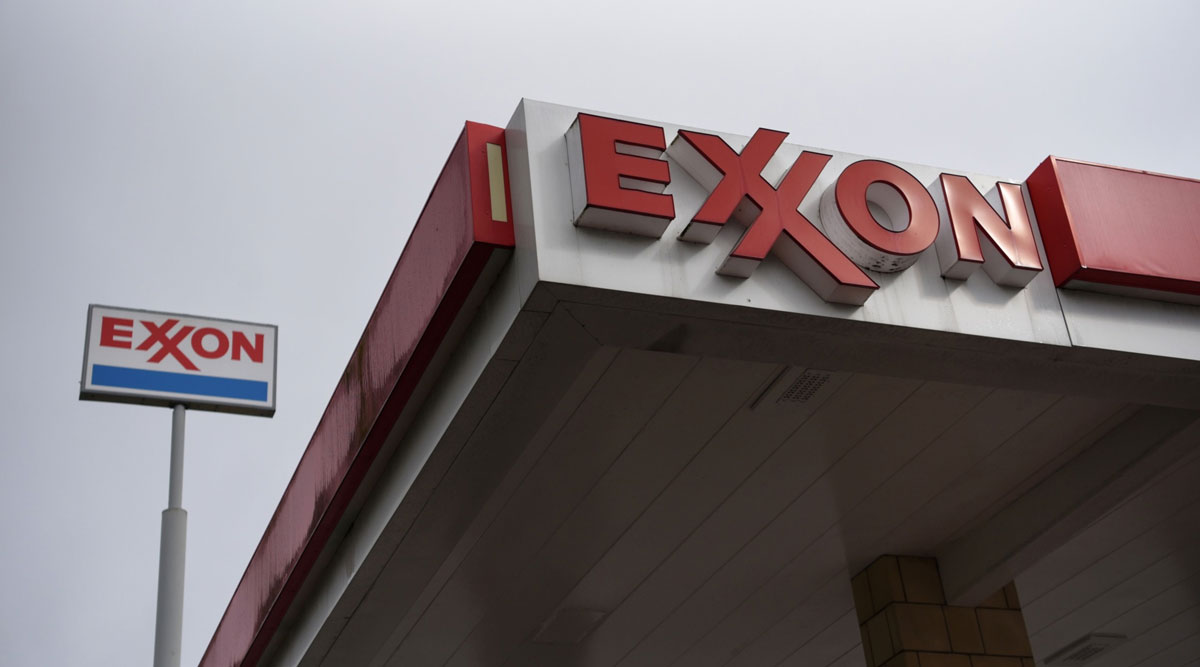 Exxon Mobil Corp. warned it may take up to $30 billion in writedowns on natural gas fields as crashing energy demand and prices spurred a historic losing streak.

Exxon is confronting one of its biggest crises since Saudi Arabia began nationalizing its oilfields in the 1970s. If the company takes the full $30 billion impairment, it will be the industry’s worst in more than a decade, according to Bloomberg data.

The company lost $680 million, or 15 cents a share, during the third quarter, compared with the 25-cent per-share loss forecast in a Bloomberg survey of analysts. Company shares are down more than 50% for the year. 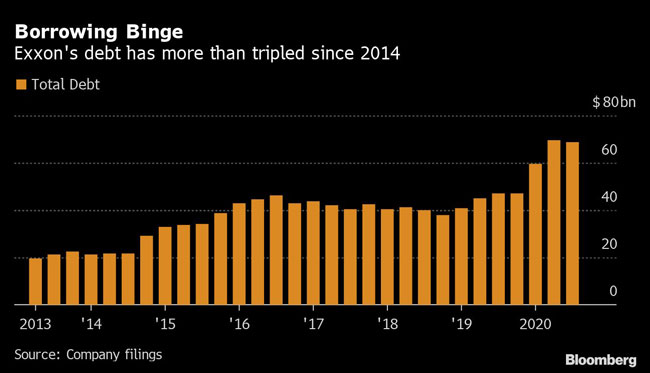 Blindsided by the economic fallout from the COVID-19 pandemic, Exxon CEO Darren Woods abruptly ditched an ambitious rebuilding effort and imposed widespread job cuts that are unprecedented in Exxon’s modern history. His top priority has been preserving a dividend that pays shareholders $3.7 billion every three months.

The firings and layoffs announced Oct. 29 will affect 14,000 workers in the U.S. and abroad. Pandemic-induced lockdowns have crushed demand for oil, natural gas and chemicals, sending Exxon’s finances into a tailspin. Prior to 2020, the company hadn’t posted a quarterly loss in at least three decades.

Woods’ turnaround effort took another hit Oct. 30 when the company said an internal assessment is under way to determine the future of its North American gas assets. Much of those fields were added to Exxon’s portfolio a decade ago with the $35 billion takeover of XTO Energy Inc., when American gas prices were almost twice the current level.

The company may incur additional impairments on assets in Canada, where operations include the massive Kearl oil sands complex in Alberta. Although third-quarter results outperformed expectations, the company is still struggling to generate enough cash to fund dividend payments and capital projects.

Exxon’s cash flow has all but evaporated, Woods’ aggressive rebuilding plan has ground to a halt, and criticism is growing over the company’s climate strategy. The most immediate question for investors is how long the $15 billion a year in dividends survive.

Meanwhile, Chevron and BP eked out profits after slashing costs. Shell exceeded all analysts’ forecasts by posting almost $1 billion in adjusted profit. The Anglo-Dutch giant also dangled the promise of fattening the dividend that’s dwindled to less than half of its year-ago value. 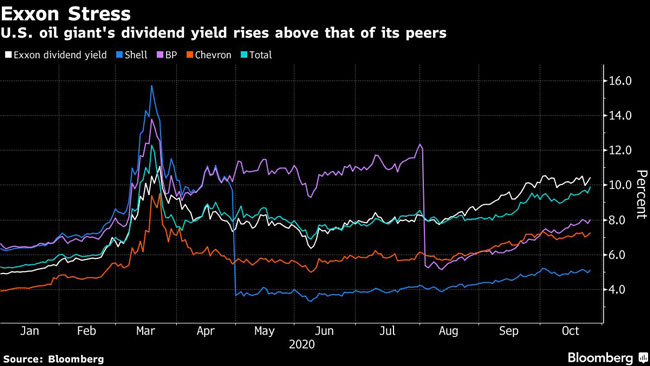 Exxon stock has underperformed Chevron but outpaced Shell and BP. The drop has sent Exxon’s dividend yield soaring to more than 10%, a level that indicates investors expect the payout to be cut.

To defend the dividend and appease investors, Woods is implementing an extensive internal cost-cutting drive. Exxon cut $10 billion in capital spending in April and said Oct. 30 that 2021 spending will fall as much as another $7 billion.

As if its financial performance wasn’t enough to worry about, Exxon is under pressure from critics to reset its climate strategy. Its European rivals have all committed to some form of carbon neutrality by mid-century but earlier this month Woods underscored his faith in fossil fuels. Oil and gas still will make up about half the global energy mix in 2040 and provide the most cost-effective pathway to development in poor countries, Woods told employees in the email.