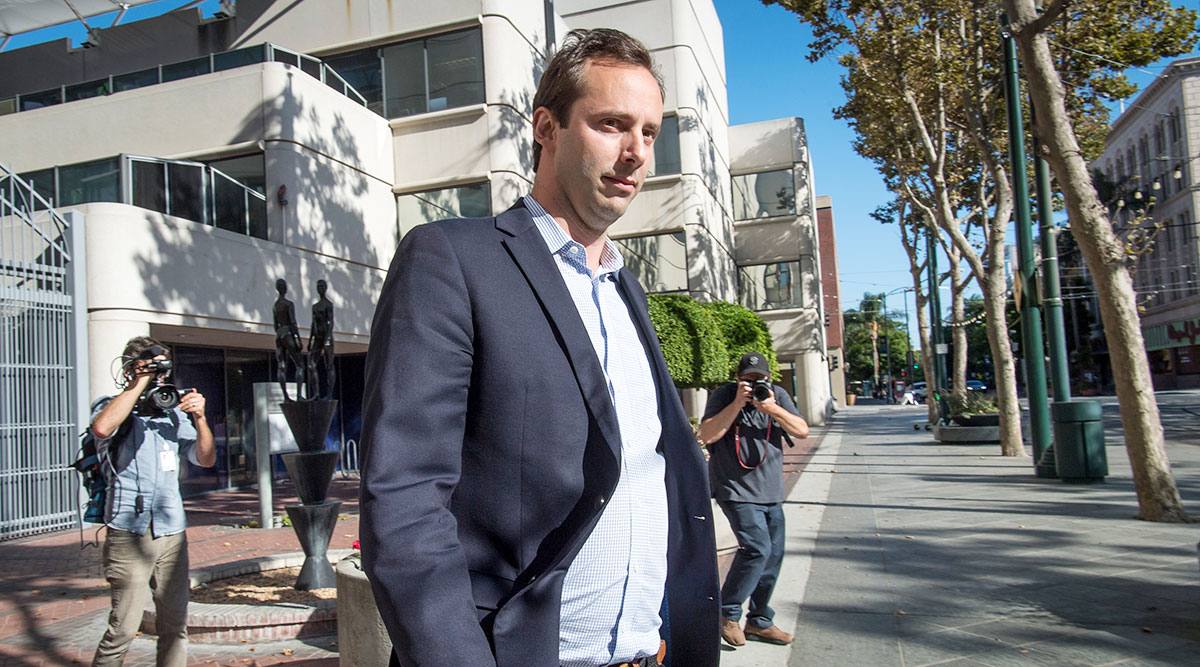 Former Uber Technologies Inc. engineer Anthony Levandowski broke his long silence about allegations that he stole driverless vehicle technology from Alphabet Inc.’s Waymo unit to say that he didn’t do it.

For the better part of a year, Levandowski was the fulcrum of Waymo’s lawsuit against Uber. Lawyers, colleagues and executives called as witnesses and even the judge handling the case speculated about the engineer’s motives after he abruptly left Google in 2016 to join Uber, allegedly taking coveted trade secrets with him. The case that supposedly hinged on his actions settled last year without Levandowski ever publicly speaking a word about it.

Now the lanky, laconic 39-year-old pioneer of autonomous driving faces criminal charges, and spoke for the first time to reporters Tuesday outside a federal courthouse in San Francisco after making his initial appearance before U.S. District Judge William Alsup. While overseeing the civil suit, the judge warned that Levandowski “was looking at jail time” and recommended in May 2017 that prosecutors investigate.

Levandowski told reporters he’s always “loved building things” and that he was lucky to be able to turn his passion into a career.

“For the past 15 years, that career has been about building the state of the art in self driving,” he said. “Now the government has charged me for crimes that I did not commit. I have faith in our system, our judge, our jury. And when the truth comes out, my name will be cleared.”

The criminal charges mirror Waymo’s civil claims that Levandowski — while he was still at the company — stole thousands of proprietary files, including the designs for lidar technology that helps driverless cars see their surroundings, ahead of his defection to Uber.

In the civil case, Levandowski, who wasn’t a defendant, refused to answer questions from Waymo, turn over documents or testify at trial, citing his constitutional right against self-incrimination. The engineer remains free on $2 million bail while he awaits his trial. He faces up to a decade in prison if he’s convicted of any of the theft charges in his 33-count indictment.

Alsup welcomed Levandowski to his court at the Sept. 24 brief hearing. Prosecutor Katherine L. Wawrzyniak told the judge that the government has started turning over pretrial information to Levandowski’s lawyers, including FBI reports. Alsup ordered the two sides to return to court Oct. 29 to discuss future court dates. Levandowski is also scheduled for a bail review hearing on Oct. 2.

Levandowski told reporters he hopes his prosecution “will not discourage the next generation of innovators from following their passion, pursing other opportunities, and building things that nobody else thought was possible for them to do.”