‘Everything Is on the Table’ in Infrastructure Plan, Chao Says

But Gas Tax 'Is Not Ideal' 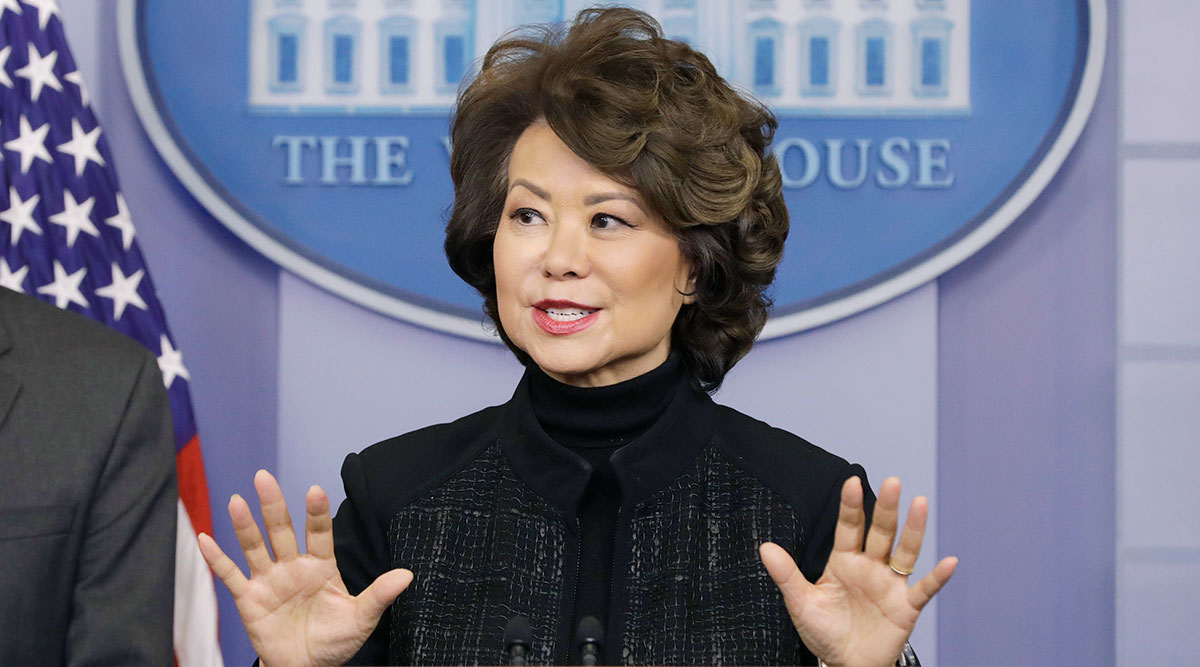 The country’s top transportation officer assured reporters the president had not dismissed a thorny funding proposal ahead of a legislative collaboration with Congress on infrastructure during the second day of the Trump administration’s latest iteration of “Infrastructure Week.”

“The president has not declared anything out of bounds,” Transportation Secretary Elaine Chao said at the White House Feb. 13, responding to a question about stakeholders calling for an increase in the federal gas tax.

“So, everything is on the table,” the secretary continued. “The gas tax, like many of the other ‘pay-fors’ that are being discussed, is not ideal.”

Defending President Donald Trump’s infrastructure proposal that was unveiled the previous day, Chao described it as “principles” meant as guidance for the Republicans in control of the U.S. House and Senate.

The proposal called for $200 billion in federal funds to leverage $1.3 trillion over a decade. Rural projects would receive $50 billion, and there would be greater flexibility on tolling.

A clear strategy for ensuring the long-term solvency of the Highway Trust Fund, however, was not one of the principles outlined. Chao emphasized the trust fund’s solvency woes would grow more pressing by 2021. Or, as she put it, “We look forward to consulting with Congress on how to do that. Because, again, the cliff begins in 2021.”

For the most part, Republicans on Capitol Hill reject increasing fuel taxes. A small number of Democrats, meanwhile, advocate for an increase.

The secretary and congressional Republican transportation leaders will attend a White House meeting Feb. 14 to promote the proposal. On March 1, Chao is scheduled to testify before the Senate Environment and Public Works Committee.

Since 1993, the federal gas tax has been 18.4 cents per gallon, and the diesel tax 24.4 cents per gallon. That rate is no longer sufficient for maintaining the trust fund’s solvency. The account helps states with maintenance and construction projects.

Stakeholders urging lawmakers to approve a higher fuel tax include the U.S. Chamber of Commerce, the American Society of Civil Engineers and American Trucking Associations.