Even Tech Companies Say, ‘There Are Always Going to Be Truck Drivers’ 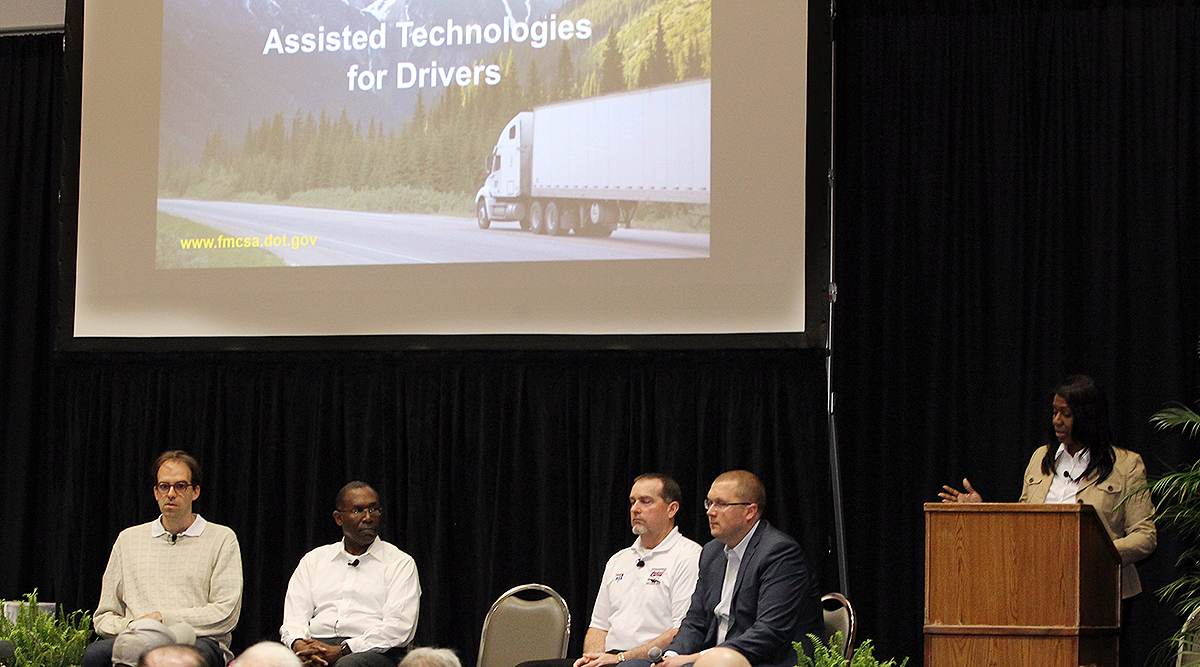 LOUISVILLE, Ky. — Is technology in the trucking industry moving too fast for the men and women who sit behind the wheel of big rigs?

That was a concern voiced by a number of truck drivers attending a March 29 session at the 2019 Mid-America Trucking Show. The drivers’ questions and comments seemed to keep a panel of executives touting the promise of driver-assist technologies and autonomous trucks on their heels.

The primary concern expressed by drivers attending the session centered on how soon they would be replaced by “robot trucks.” But there also were questions about how to disable driver-assist in certain situations, and how soon the technologies would be mandated by federal regulators.

“There’s a lot of noise in the media and by some people running for president that automated trucks are going to be here tomorrow and everyone’s going to be out of work,” said Robert Brown, director of public affairs for Tucson, Ariz.-based TuSimple. “I can assure you that a young person going into trucking today will retire a truck driver, if he or she wants it.” 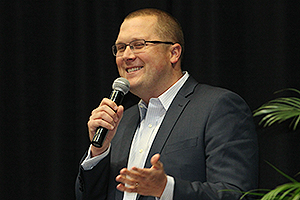 “The technology really, truly is amazing. I always tell people we can handle the freeways, but we can’t handle the infinite number of things that you all do on a daily basis.”

“I think like everyone else that as long as there are trucks, there are going to be truck drivers,” said Ognen Stojanovski, CEO of San Franciso-based Pronto, a company that makes driver-assist technologies.

However, he said trucks with assist technologies can help a driver see and react fast, but they don’t have the instincts that drivers have. 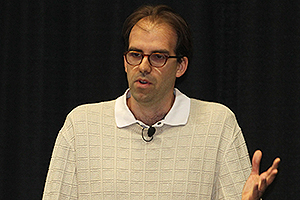 “But having great eyes and reaction times is not a substitute for having a great brain.”

The development of the driver-assist technologies will not happen like “turning on a light switch,” they will be “evolutionary,” Stojanovski said.

“I guess I’m here for the drivers’ point of view,” said Don Logan, a 30-year veteran driver for FedEx Freight, who has amassed nearly three million accident-free miles. “I have witnessed a lot of change in technology just in my career.”

It wasn’t all good, but lane departure warning systems, which he said were annoying in the 2014 model truck he once drove, have vastly improved in the new 2019 model he’s now driving. 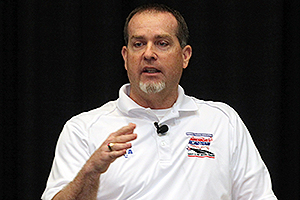 “It’s not near as sensitive. However, I think it can still be a benefit and not an annoyance,” Logan said. “Just in that brief five-year period, the technology is getting better all the time.”

“If you’re driving that truck and you’re being the professional driver that you should be, you’re never going to know it’s on,” Logan said. “You’re not going to get those buzzers and those beepers. It’s something that I welcome because it makes me a better driver.” 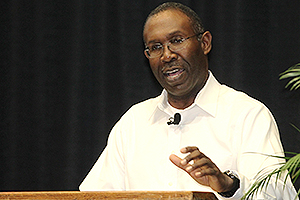 Larry Minor, the Federal Motor Carrier Safety Administration’s associate administrator for policy, said his agency has worked on a number of driver-assist technologies to remove regulatory obstacles that can improve safety for drivers.

For example, he said the agency removed a long-standing regulation that prohibited putting lane departure sensors on tractor windshields after the systems were tested for safety, and only recently, FMCSA also gave the go-ahead to substitute cameras for conventional mirrors because they improved visibility.

“We want to make sure though that as an agency that we’re having conversations with not just the academics, but also with the industry, with professional drivers on the road every day,” said Selika Gore, a senior advisor to FMCSA Administrator Ray Martinez. “How is it impacting you? What role would you like us at the federal government to take? And how can we make your lives better and safer on a day-to-day basis?”