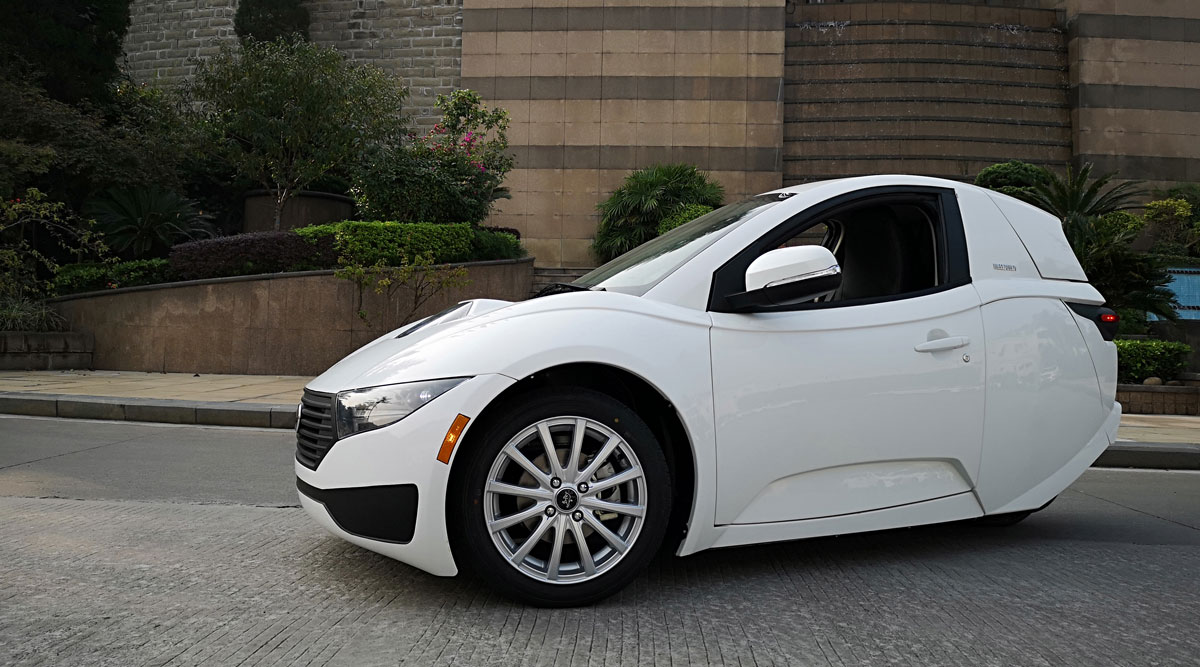 Electric vehicle startups extended their winning streak on Nov. 13, buoyed by strong earnings results from some of their peers and Joe Biden’s projected presidential win.

The strongest gains came from Vancouver-based ElectraMeccanica, which is developing a three-wheeled electric vehicle. Its shares have soared about 85% since reporting revenue growth of 50% earlier this week. 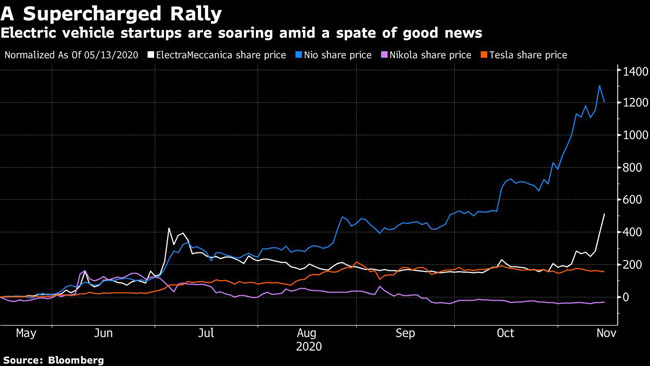 Investor optimism has grown within the industry as more experts expect the global automotive industry to be dominated by electric vehicles in the not-so-distant future. The sharp rise in Tesla’s market valuation, following strong results from the company, also helped pique interest. While many of the newer firms are far from becoming profitable, investors have shown willingness to bet on the potential for rapid growth in the future.

Biden’s presidency is expected to expedite this process. His stance on electric vehicles and clean energy is more supportive than that of President Donald Trump. That suggests that even with a split Congress, Biden is good news for the sector. His campaign has pledged stricter fuel emission targets, which would require the EV share of passenger vehicle sales in the country to hit at least 25% by 2026. As such, sales could reach 4 million per year.

In comparison, the Trump administration eased Obama-era targets and offered little support for EVs, calling for 5% of U.S. auto sales to be electric in any year from 2022 to 2026, according to BloombergNEF.

In addition, Biden is also expected to bring in more EV tax credits to incentivize buyers.

“There is more buzz that the Biden administration is going to increase EV tax credits once they get in office,” Wedbush analyst Daniel Ives said Nov. 13. “This would be a bullish sign and tailwind for EV players such as Tesla and further help GM, Ford, and others aggressively going after the domestic EV market.”