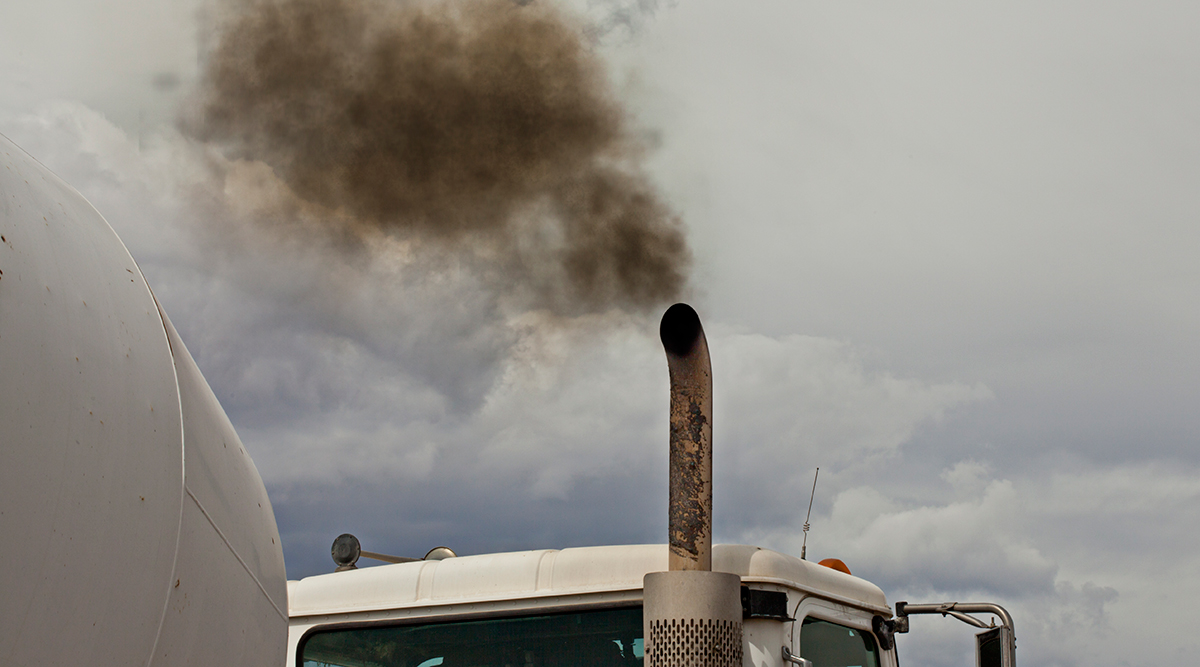 “California is not the arbiter of these issues,” said Environmental Protection Agency Administrator Scott Pruitt. California regulates greenhouse gas emissions at the state level, “but that shouldn’t and can’t dictate to the rest of the country what these levels are going to be.”

The EPA faces an April 1 deadline to decide whether Obama-era corporate average fuel economy standards for cars and light trucks from 2022 to 2025 are attainable or should be revised. President Donald Trump’s administration already ripped up the EPA’s conclusion that no changes are needed, issued by the agency during former President Barack Obama’s final weeks in the White House.

RELATED: Analysis - How California guards its power on fuel standards

During a wide-ranging interview with Bloomberg News on March 13, Pruitt dismissed the possibility of setting standards beyond 2025, casting doubt on an offer by California officials who have said they would consider easing current standards in exchange for extending them beyond that year. The state is developing its own standards through 2030.

“Being predictive about what’s going to be taking place out in 2030 is really hard,” Pruitt said. “I think it creates problems when you do that too aggressively. That’s not something we’re terribly focused on right now.”

Pruitt said the EPA is not “presently” looking at extending standards beyond 2025. California Air Resources Board Chairman Mary Nichols has signaled a willingness to discuss altering the state’s auto rules in the near term if the Trump administration agrees to develop efficiency targets further into the future. 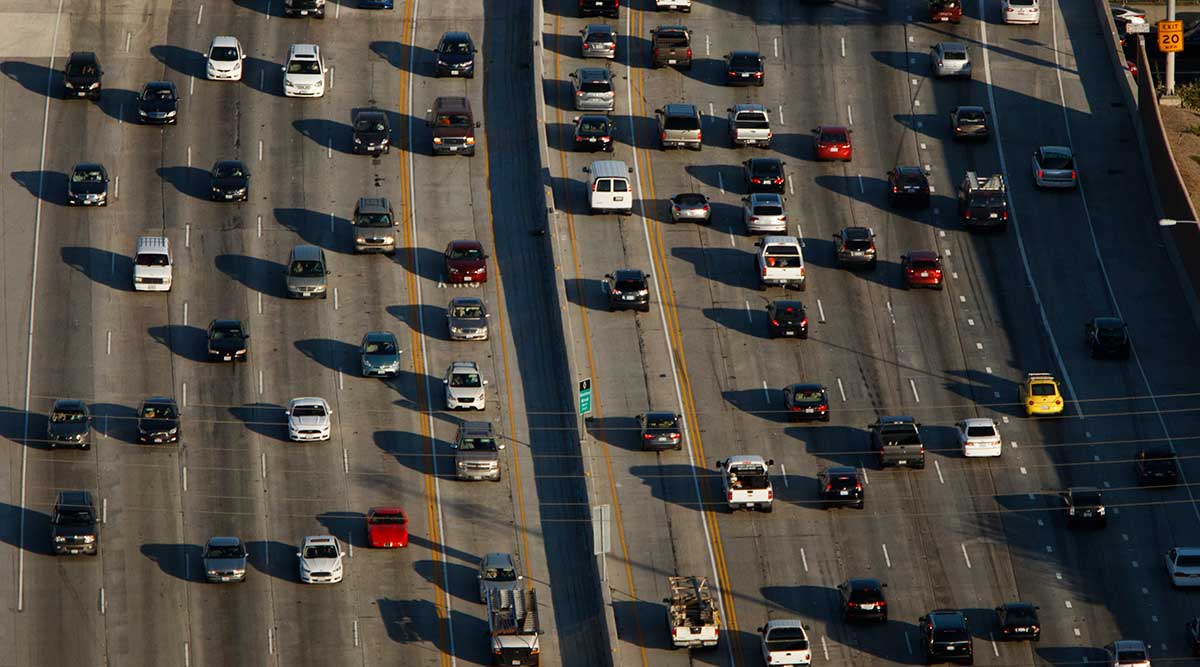 Cars sit in rush hour traffic on the 405 Freeway at Olympic Blvd in this aerial photograph taken over Los Angeles. The greater Los Angeles region routinely tops the list for annual traffic statistics of metropolitan areas for such measures as total congestion delays and congestion delays per peak-period traveler. (Patrick T. Fallon/Bloomberg News)

Automakers aggressively lobbied Trump to take a new look at the standards, arguing they need to be reviewed in light of surging light-truck sales, low gasoline prices and tepid demand for plug-in vehicles.

Even so, the companies have repeatedly stressed in recent weeks that they hope the federal government and California will continue coordinating their tailpipe emissions policies. They’ve also invested billions of dollars in electric cars aimed not just at California but also overseas markets, especially China.

RELATED: California bill in the works to banish gasoline cars by 2040

Pruitt said setting fuel economy standards that are too aggressive would be counterproductive.

“The whole purpose of CAFE standards is to make cars more efficient that people are actually buying,” Pruitt said. “If you just come in and try to drive this to a point where the auto sector in Detroit just makes cars that people don’t want to purchase, then people are staying in older cars, and the emission levels are worse, which defeats the overall purpose of what we’re trying to achieve.”

The current debate was set in motion seven years ago, when automakers agreed to a trio of coordinated fuel economy rules overseen by the EPA, the National Highway Traffic Safety Administration and CARB that get more stringent each year through 2025. The requirements target a fleet average of more than 50 miles per gallon — equivalent to about 36 mpg in real-world driving.

“We want to hear from those folks in California and hear from the political leadership and try to make some informed decisions, but also say at the same time, we have a job to do,” Pruitt said. “We’re going to do our job. And if there are steps being taken to impede that, we’ll have to address that.” 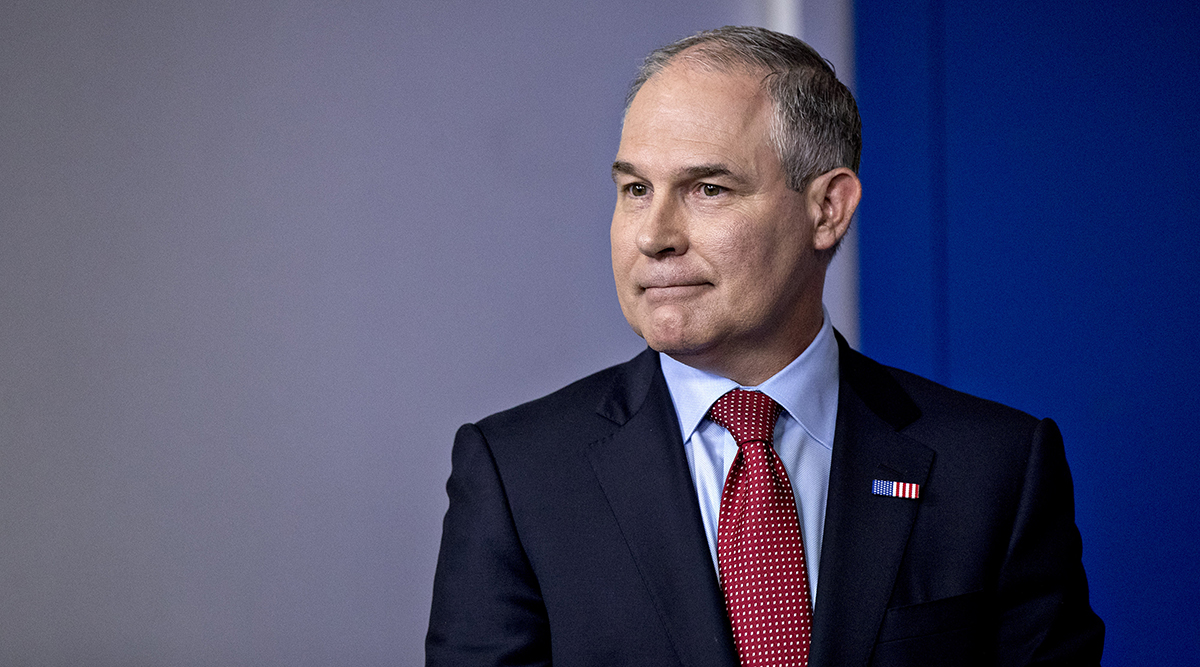 Reached by telephone March 13, Nichols said, “My only comment is, ‘nothing new.’ That’s it.”

Separately, Pruitt brushed away reports that White House officials have killed his plans for a “red team, blue team” debate examining the scientific research on climate change. “Don’t believe everything you read,” he said.

“It’s very important that I think the American people have a transparent, objective discussion about this issue,” Pruitt said. “The vehicle by which we achieve that is something yet to be determined.”

Pruitt said he wouldn’t prejudge what that review would mean for the EPA’s landmark 2009 conclusion that greenhouse gases endanger human health and welfare. Some conservatives argue the Trump administration’s regulatory rollbacks are in jeopardy if the EPA doesn’t strip that so-called “endangerment finding” from the books.

Pruitt repeated his assertion that there are open questions about the extent to which humans contribute to climate change, and he questioned the ability to “look forward 80 plus years” and predict the ideal global average surface temperature in 2100.

The U.S. Global Change Research Program, which includes staff from the EPA and every major federal science agency, said in a report last November that the global average surface air temperature has increased by 1.8 degrees Fahrenheit since 1900, making it “the warmest in the history of modern civilization.”

Those researchers called it “extremely likely that human activity” is the cause, warned the trend will continue unless greenhouse gas are reduced and emphasized “there is no convincing alternative explanation supported by the extent of the observational evidence.”

Pruitt downplayed the EPA’s role in that assessment, noting it was the product of several government agencies. It’s not a matter of whether those scientific warnings are “right or wrong,” Pruitt said, but “making sure that all voices are heard in the process, because there are people that disagree with that.”

Government-sponsored scientific research on climate change and other environmental issues needs to be open for public scrutiny, with its conclusions subject to “robust analysis,” Pruitt said.

With assistance by Christopher Flavelle