Electric Vehicle Revolution Goes Underground in Sweden With Mine Truck 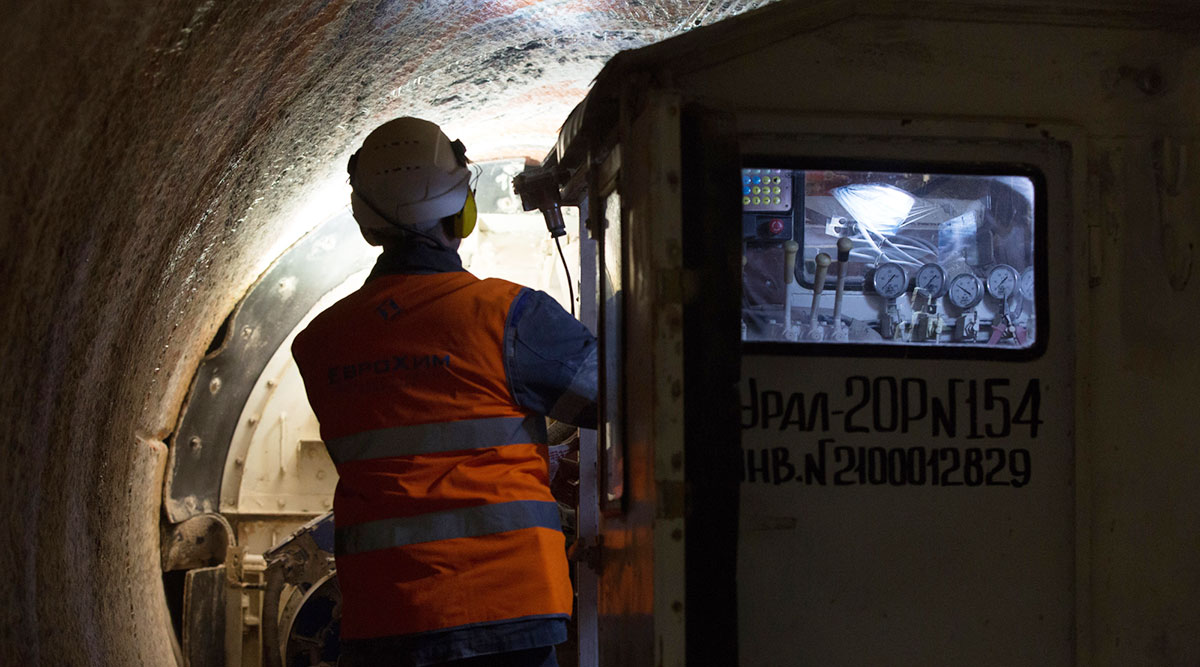 The manufacturer on Nov. 14 launched a new range, including what it says is the largest battery-powered vehicle for mining below the Earth’s surface: a 42 ton-capacity truck that can haul blasted rock through narrow tunnels. It’s part of the company’s latest series of mobile excavators, including drill rigs and loaders, designed to cut emissions and lower energy costs for miners.

Reducing the use of diesel fuel could have significant cost benefits for the industry: As much as 40% of an underground mine’s energy outlay is spent on powering gigantic ventilation systems to remove pollutants from tunnels. The push for electrified mining got a further boost last month from an industry lobby, the International Council on Mining and Metals, which plans to minimize the impact of underground diesel exhaust by 2025.

“Next year we will start production of an 18-ton loader and we will start offering medium-sized drill rigs with battery options,” Sami Niiranen, who has been appointed to lead Epiroc’s underground equipment unit, said in Orebro, Sweden.

Epiroc, which is using power packs assembled by Northvolt AB, said the upfront cost of buying a battery-powered vehicle would be about twice that of a conventional one. While this is compensated by lower fuel and energy costs down the road, the initial pain could be prohibitive. In a bid to boost sales, Epiroc will lease batteries for its new range of vehicles separately, making the initial outlay only slightly higher than for an equivalent diesel machine.

The new electric vehicles are bigger and more powerful than Epiroc’s first models that hit the market in 2016 and are used by customers including Brazilian mining company Nexa Resources. So far, they make up only a small part of sales for Epiroc, which has worked on electrification since 2013. Their best hope are new or expanding mines that aren’t already equipped with expensive ventilation systems.

Crosstown Swedish rival Sandvik AB has delivered hundreds of vehicles powered by electric cables, and has plans to launch its own battery-powered machines. The Nordic companies dominate global sales of underground mining equipment, with a combined three-quarters of the market. They compete with Caterpillar Inc. and Japan’s Komatsu Ltd. 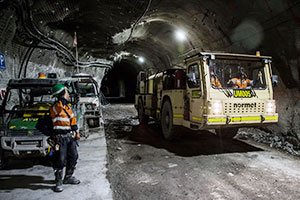 The International Council on Mining and Metals also aims to achieve greenhouse gas-free vehicles for surface mining by 2040. Yet the transition to electric vehicles still has some way to go.

Bringing the biggest hauls of rock up steep ramps and out of the ground requires power that existing batteries are ill-equipped to supply. This has led to renewed interest in trolley systems whereby electrified trucks are connected to a power grid with overhead cables.