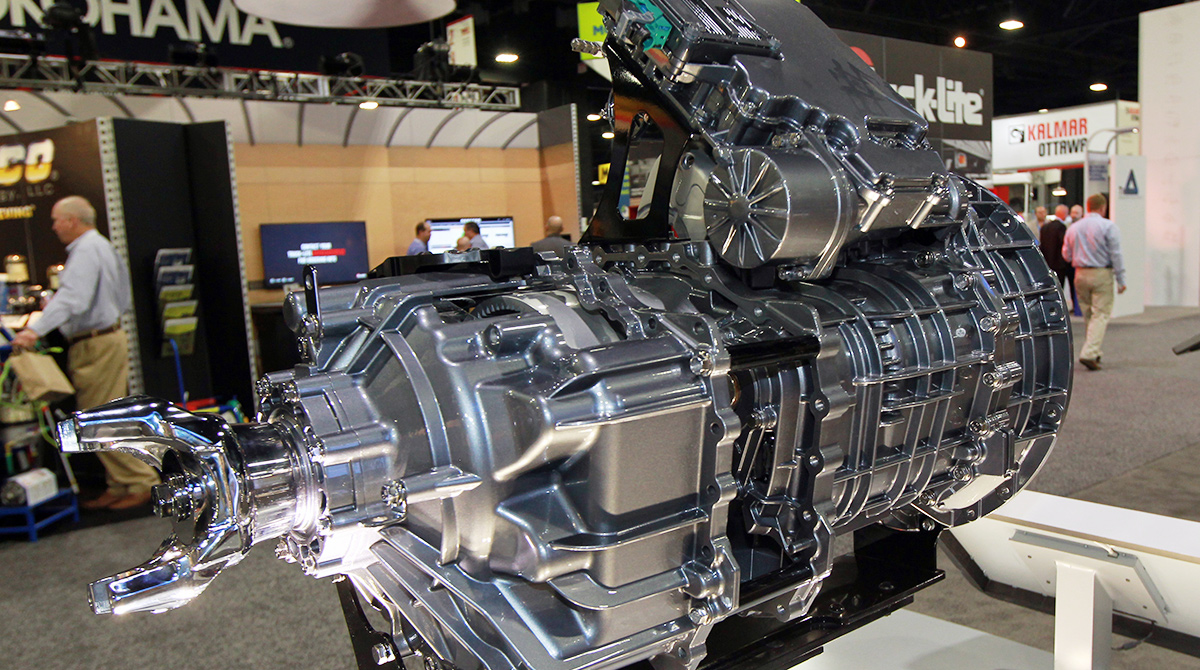 The Endurant transmission at an industry show. (John Sommers II for Transport Topics)

Revenue inched up to $5.3 billion compared with $5.2 billion a year earlier.

“We had a very strong first quarter with good growth and better than expected margins,” Chairman and CEO Craig Arnold said in statement by the company, which is based in Dublin.

The vehicle segment posted sales of $810 million, down 9% from the first quarter of 2018. Organic sales were down 6%, and currency translation was negative 3%.

“Our revenue growth in vehicle was affected by revenues transferring over to the Eaton Cummins joint venture. The joint venture’s revenues grew 27% in the first quarter of 2019,” Arnold said. “Operating margins for vehicle in the quarter were 15.1%, an improvement of 30 basis points over 2018.”

Eaton Cummins Automated Transmission Technologies was announced in April 2017 as a 50-50 joint venture. The 12-speed automated transmission, called Endurant, was the first core product of the venture.

Eaton’s eMobility segment posted sales of $83 million, up 8% compared with a year earlier. Operating profits were $5 million, down 55% from the first quarter of 2018 due to increased investment in research and development. Operating margins in the quarter were 6%, Arnold said.