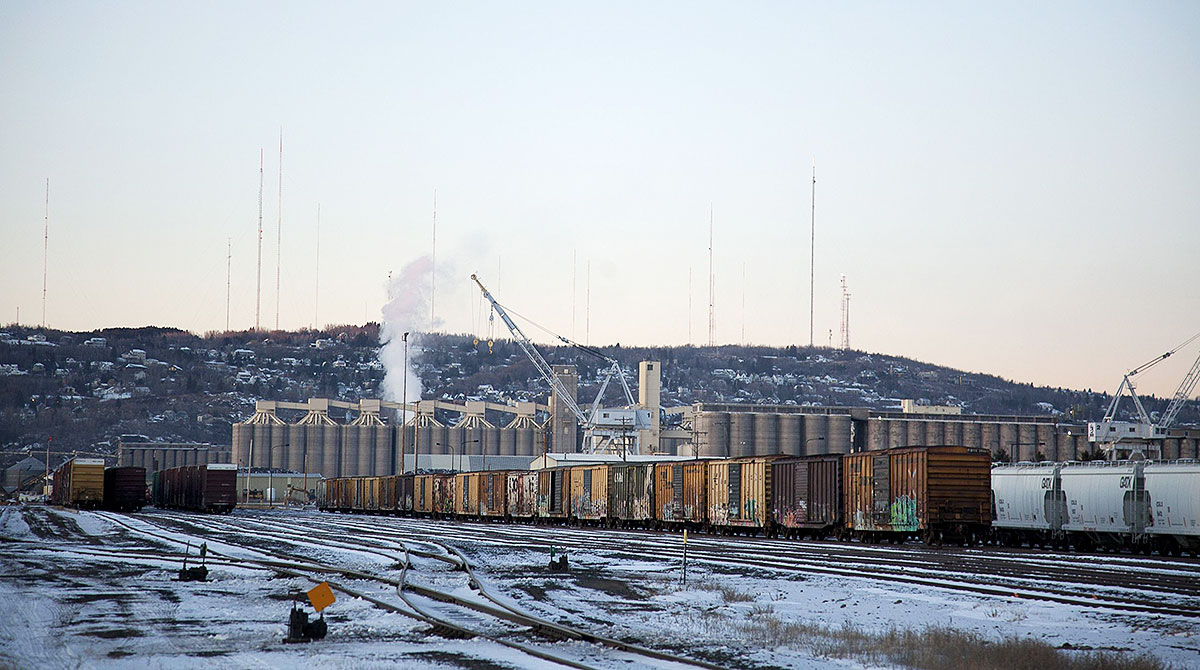 Wind energy already has blown out a Duluth port record.

The sheer volume of wind turbine blades, towers and other parts moving through Duluth, Minn., in 2019 surpassed record tonnage totals this week by reaching 306,000 freight tons.

“We have been watching with excitement as our wind cargo tonnage overtook our record 2008 tonnage,” Duluth Seaway Port Authority Executive Director Deb DeLuca said. “This didn’t happen by accident.”

The last inbound wind cargo vessel for the 2019 season, the Happy River, flying a Dutch flag, finished offloading Oct. 28 and left port the next afternoon.

DeLuca cited $25 million in enhancements to port infrastructure since 2016 as critical to improving capabilities and drawing more imported bulk cargoes through the port to go with the staple shipments including taconite iron ore, coal and grain.

Imported wind blades and other parts bound for wind fields in the Dakotas already are stacked up across the entirety of docks C and D, the redeveloped area across the slip from the Clure Public Marine Terminal at the end of Rice’s Point.

“Wind energy has been an important part of our cargo portfolio for the last decade, dating back to our first shipments in 2006,” Port President Jonathan Lamb said. “As the farthest inland port in North America and geographically well-situated to support wind farm installations in the Upper Midwest and central Canada, we pride ourselves in providing a seamless connection between modes of transportation for our wind customers.”

Plump stockpiles of wind blades and parts will be depleted in the coming weeks, as the products are trucked out in the early mornings, Hron said.

“We will still have components going out for delivery by truck into late November/early December,” he said. “The blades should finish trucking out in the next couple of weeks.”