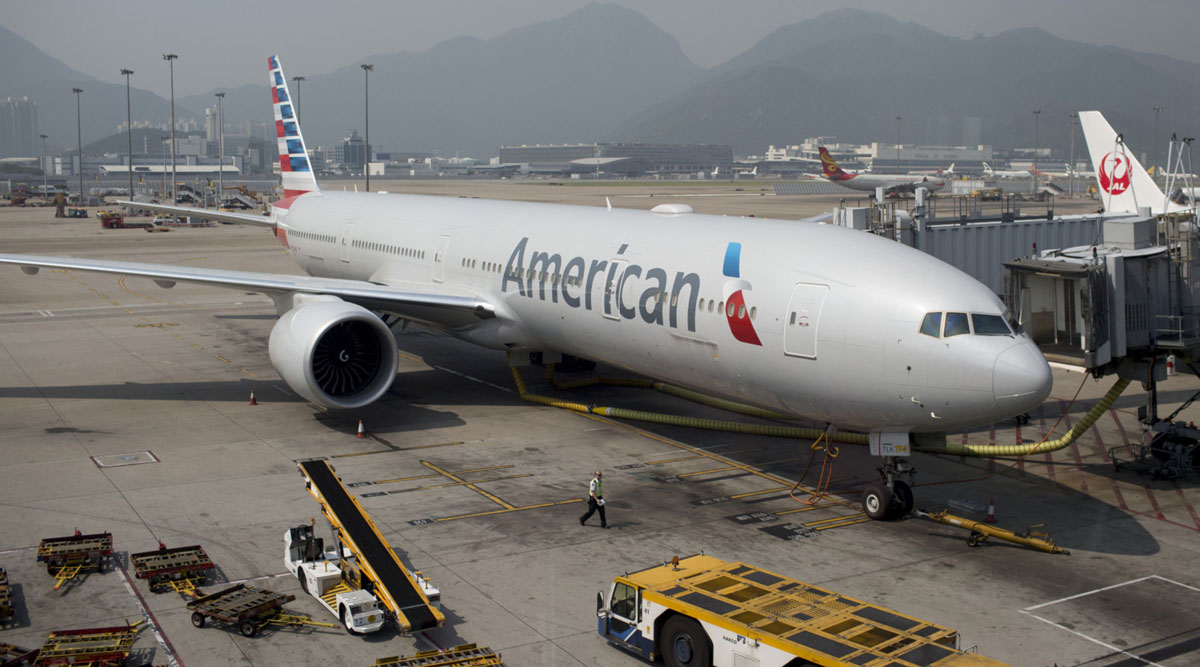 Two of American Airlines’ Boeing 777-300 jets will take off March 20 for Frankfurt, Germany, loaded with cargo but no passengers.

To “help keep business moving” during an unprecedented drop in demand because of the COVID-19 pandemic, the Fort Worth, Texas-based airline is sending cargo-only loads to Europe with mail, medical supplies, electronics and e-commerce packages.

It’s the first time since 1984 that American has sent up planes for cargo-only flights, dating to when American retired its Boeing 747 line.

“We have a critical role to play in keeping essential goods moving during this unprecedented time,” said a statement from Rick Elieson, American’s president of cargo and vice president of international operations. “Challenging times call for creative solutions, and a team of people across the airline has been working nonstop to arrange cargo-only flight options for our customers.”

American Airlines has plenty of planes to spare after the coronavirus pandemic sapped demand. The company plans to reduce flying by 30% in April and park about 450 of its 900 jets.

Commercial airlines are a key method for shipping air freight globally and American ships packages for commercial freight companies as well as the U.S. Postal Service. Airlines have been cutting thousands of flights globally, removing a key shipping method for companies.

American had $863 million in cargo revenue in 2019, although that was down 15% from the year before. The airline’s overall revenue topped $45 billion last year.

It’ll operate two 777-300 flights each day round trip between DFW International Airport and Frankfurt. Each plane is capable of carrying 100,000 pounds of cargo, the company said.

Airlines carrying cargo is becoming a vital task as many of the world’s international flights shut down. Chinese medical suppliers that are resuming operations are in need of ways to ship urgent health care supplies out of the country, according to a Bloomberg report.

“We have major health-care systems calling us, desperate to get supplies, and we have to tell them it’s going to be a long wait,” said Michael Einhorn, president of Brooklyn, N.Y.-based Dealmed-Park Surgical, which makes surgical masks and gowns. “That’s contributing to the panic.”

FedEx Corp.’s air-cargo capacity in China fell 40% between early February and early March compared to a year earlier, according to Chief Marketing Officer Brie Carere. Although demand has increased in recent weeks, she said.

FedEx ranks No. 11 on the Transport Topics top 50 list of the largest logistics companies in North America, and No. 2 on the TT100 list of largest for-hire carriers.

Bloomberg contributed to this report.