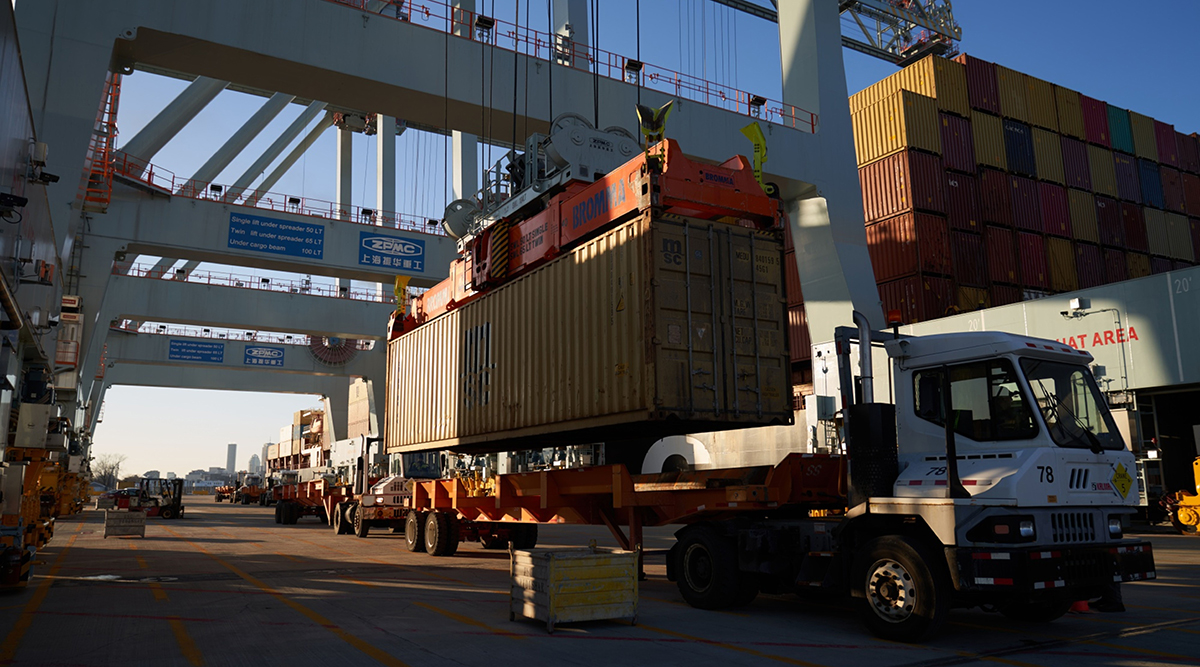 Shipping containers are loaded onto trucks at the Port of Boston's Conley Terminal. (Allison Dinner/Bloomberg News)

The pandemic-era surge in shipping costs was a “smoking gun” that foretold the global inflation spike, and the sharp drop in maritime-freight expenses since peaking last year will contribute to an easing in price pressures, a former International Monetary Fund official said.

World container rates climbed more than sixfold by October 2021 from pre-COVID-19 levels, and the increase was “a canary in the coal mine for the persistent rise in inflation” seen in 2022, Jonathan Ostry, a professor at Georgetown University and the former acting director of the fund’s Asia and Pacific department, said in a Jan. 24 post on the fund’s website.

A study undertaken by Ostry and four colleagues examining the link between shipping costs and prices suggests that a doubling of maritime-transport expenses caused inflation to increase by roughly 0.7 percentage point.

“While skyrocketing food and energy prices were making headlines, the surge in shipping costs seemed to pass largely under the radar, despite its potential inflationary impact,” Ostry wrote in the IMF post on the study. “Given the actual increase in global shipping costs during 2021, we estimate that the impact on inflation in 2022 was more than 2 percentage points — a huge effect that few central banks would dismiss.”

Ostry noted that some inflation drivers weren’t foreseeable or were difficult to predict, such as supply chain disruptions, commodity-price increases owing to Russia’s invasion of Ukraine, and the unwinding of pandemic-era savings that boosted demand.

“But while policymakers may get a pass for not factoring into their decisions what was unknowable a year ago, they should be held accountable for missing known drivers of inflation, especially those that pointed to enduring price pressures. It’s likely that the Fed has had to hike interest rates further to make up for its delayed start. Recession risks are very plausibly larger as a result, as are the adverse global spillovers from Fed policy.

The cost of shipping a container from Asia to the U.S. peaked at $8,585 in March last year and has since plummeted to $1,200 — the lowest since 2018, according to an index compiled by Drewry Shipping Consultants. 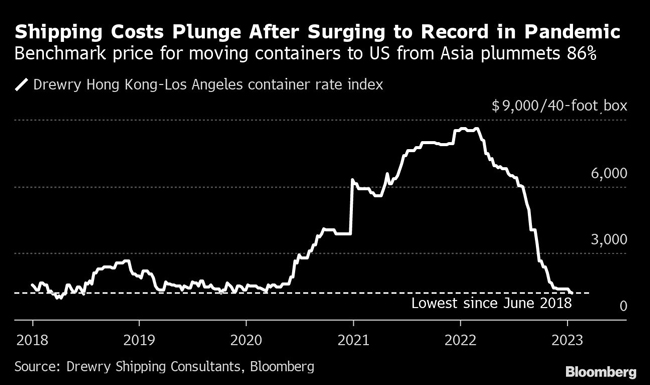 With the pandemic spike in shipping costs over, the research by Ostry and his colleagues suggests most of its inflationary impact has already been seen.

The estimates are symmetric, such that declines in shipping costs would tend to bring inflation down in the following year, which implies that the plunge in maritime-transport expenses in 2022 will contribute to a reversal of inflationary pressures, Ostry wrote.

“Shipping costs’ role as a driver of global inflation is under-recognized — this needs to change,” he said. “Shipping-cost shocks can alert central banks tasked with ensuring price stability of dangers ahead and help them reduce the risk of once again falling behind the curve.”