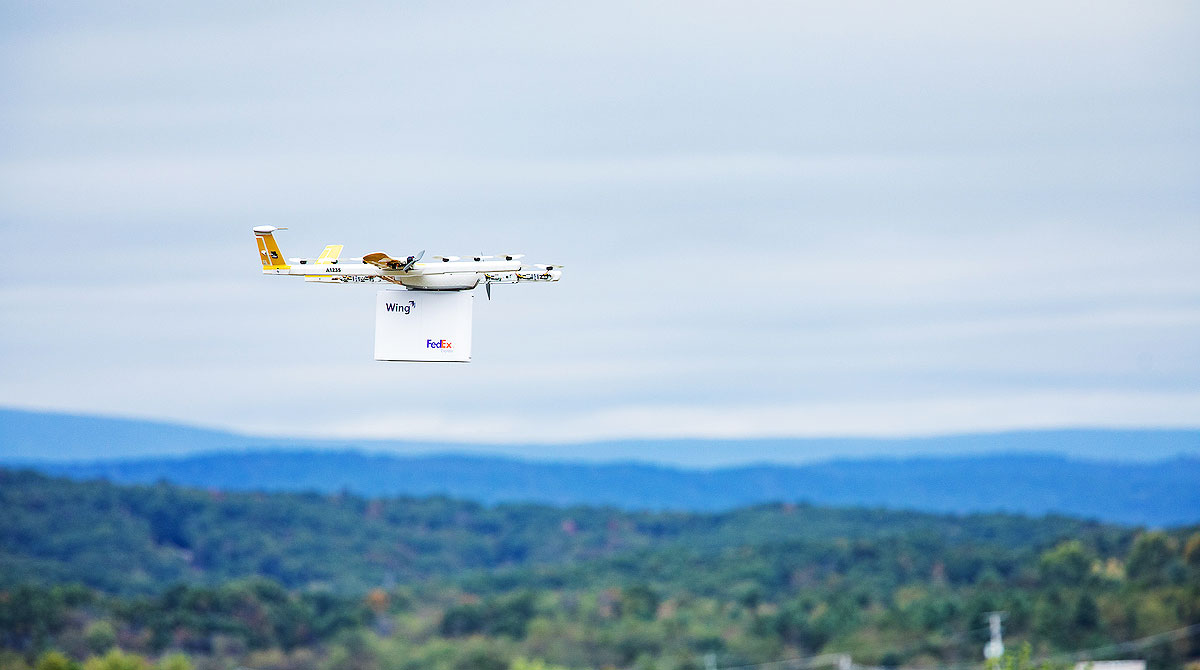 Aerial drones are emerging as a way to help solve challenges associated with last-mile deliveries in a number of conditions and environments. Their potential viability shines brightest for logistics services in hard-to-reach environments and where speedy deliveries might be required, such as for the transport of urgent medical supplies.

Drones also have the potential to reduce greenhouse emissions by 99% when compared with cars and trucks, according to research firm AlphaBeta in a study commissioned by drone-delivery company Wing.

Realizing the opportunities drones might unlock in the last-mile delivery segment, organizations ranging from parcel giants UPS Inc. and FedEx Corp. to online retailer Amazon.com Inc. and the Canadian government have begun limited deliveries with the aerial devices. 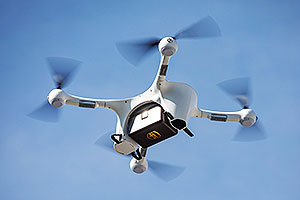 UPS is expanding its delivery service to hospital campuses across the country. (UPS)

UPS ranks No. 1 and FedEx No. 2 on the Transport Topics Top 100 list of for-hire carriers in North America.

However, technology development challenges and a murky regulatory framework could prevent widespread adoption of drones before they ever become an integral part of delivery services.

If and when drones emerge as a widely used way to deliver goods and packages, they will also likely remain one of many alternatives under review at this time, along with electric bikes, motorcycles and autonomous vehicles, said Robert Braswell, executive director at the Technology & Maintenance Council of American Trucking Associations.

“Last-mile deliveries are a big thing now, of course, and last-mile delivery solutions are transforming fleet maintenance, as everybody is trying to reduce their carbon footprint. But there are many other aspects of last-mile delivery with different pieces of that puzzle,” Braswell said. “What is in your toolbox that makes the most sense depends on the application — and drones are not the only ones that are going to do it.”

While last-mile alternatives such as electric bicycles, scooters and other vehicles are already in use, regulatory and technology issues remain for drone delivery operations.

“These drones operate in that airspace between the ground and where air traffic participates and ensuring a continuous signal from point A to point B without interruption are still major issues,” Braswell said. “There are all sorts of technical challenges with range and other issues, and that being said, there’s probably a lot of other things that are going to come to the forefront before the drones themselves becomes ubiquitous.”

FedEx Express is developing drones for its last-mile deliveries in combination with other potential alternatives.

“We believe autonomous innovations will provide a number of opportunities for the shipping and logistics industry. It will take a portfolio of solutions to address e-commerce across the short, medium and longhaul,” said Joe Stephens, FedEx Express senior vice president of global engineering and transformation.

Working with Wing, a subsidiary of Google parent Alphabet, FedEx is testing drones as a way to enhance last-mile service for same-day delivery of “urgent shipments, rural or semi-rural deliveries and other exceptional delivery needs,” Stephens said.

FedEx is working with the Federal Aviation Administration to test drone technology for various on-airport operations at Memphis International Airport, he said.

FedEx is also supporting the Memphis-Shelby County Airport Authority in testing various on-airport use cases to assist the FAA with further development of policy and procedures, Stephens added.

UPS also has been testing drones, and in some cases is already relying on them for commercial use.

The company, for example, is continuing to launch drones from a package delivery vehicle to improve efficiency on low-density delivery routes in rural areas.

And in November, UPS began what it says is a “revenue-generating drone delivery” of medical prescriptions from a pharmacy to a consumer’s home in North Carolina as part of its UPS Flight Forward program.

“We’re growing and developing UPS Flight Forward in a pragmatic way,” UPS spokesman Kyle Peterson said. “We’re first growing the portion of the business that has an approved regulatory framework — this is revenue-generating work in support of high-demand, value-added, critical instant delivery solutions on hospital campuses. We are exploring other drone use cases in industries that have need for urgent delivery.”

The drone is designed to transport packages weighing up to five pounds to locations within 7.5 miles of an Amazon warehouse, the company said.

Amazon also began to capture the public’s imagination by announcing its first successful test deliveries with drones in 2016. However, the company has yet to announce commercial delivery volumes with drones.

A number of technology companies and even government agencies are developing drones to support logistics firms’ last-mile delivery needs across the world.

Wing has worked for six years to build an aircraft and navigational system to safely deliver small packages on-demand to destinations in only a few minutes, said Jonathan Bass, the company’s head of marketing.

“We’ve made over 5,000 deliveries directly to the yard of our customers,” he said. “We deliver a range of small packages, food items, gifts and medicine.”

Drones offer a number of advantages over other last-mile delivery alternatives, Bass said.

“Drone delivery has the potential to radically improve the way we live by delivering products and services we need in just minutes,” he said. “Drones can make the transport of goods faster, safer, more efficient, sustainable and affordable, with the potential to improve the way our cities operate by reducing road congestion and creating new economic opportunities for local businesses.” 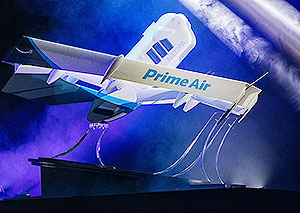 However, some analysts and industry observers remain less sanguine about the potential for drones as a widespread delivery option.

“Drones and urban delivery robots have a lot of issues to overcome,” said Gartner analyst Bart De Muynck, who cited regulatory and legal hurdles, as well as the fact that they can carry only a very limited amount of product at a time.

“In my view, autonomous delivery vehicles such as Nuro and others will be a much more viable and less intrusive way to deliver products to the consumer,” he said.

If drone deliveries do become widespread, they will also serve as an attractive target for illicit and dangerous uses, said Joseph Carson, chief security scientist at Thycotic, a provider of privileged access management software.

Our technology has the power to transform health care and the world of logistics at large.” UPS’s certification “is bringing us one step closer to this reality.”https://t.co/OPvAOPqLB0 — Matternet (@matternet) October 2, 2019

He warned that drones could be used by criminals for spying or transporting dangerous materials.

Drones also pose risks near airports, where they can damage aircraft or cause emergency systems to trigger, Carson said.

“This is why they are banned from being used near airports. However, major incidents have already occurred,” he said.

In addition, drones could be a hacking target due to their remote connectivity capabilities, and “ownership of the problem becomes a shared responsibility between the manufacturer and the owner,” said Chris Morales, head of security analytics at cybersecurity firm Vectra.

“Like any smart device, the drone manufacturer needs to provide a method for the owner to update the software for security patches as well as ensure they have strong device password authentication,” Morales said. “Lastly, the device should use a form of remote encrypted communication that is reasonably strong and resistant from man-in-the-middle attacks and device hijacking. We will eventually see regulations and policies governing how devices are built and how devices are used.”