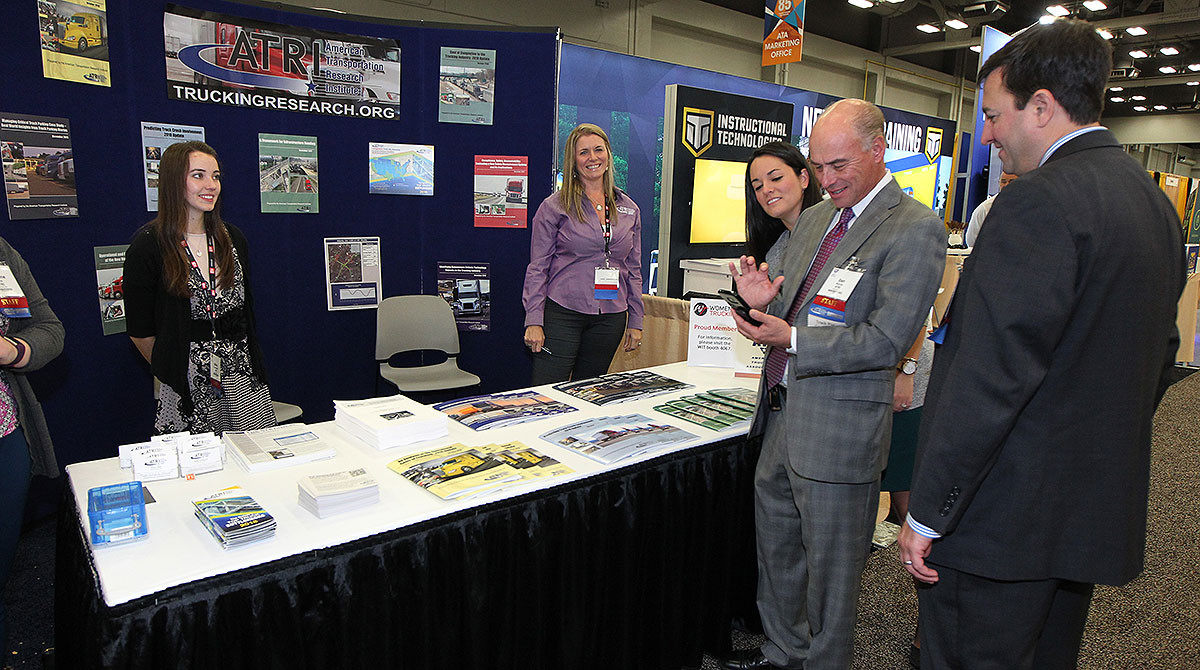 AUSTIN, Texas — For the second year in a row, the national shortage of qualified truck drivers is considered the industry’s most pressing concern, according to an annual report prepared by the American Transportation Research Institute.

Training and hiring more qualified drivers is not a new talking point. The driver shortage has been a top-three issue in 12 of the 14 years ATRI has conducted its survey.

However, the problem is becoming more glaring because of the strong U.S. economy, the heavy freight demand and an aging workforce.

“This is a long-standing issue but one that has certainly reached new levels of concern as evidenced by the second year in a row being the top issue in the survey,” Brewster said.

ATRI received more than 1,500 responses from a wide variety of motor carriers and commercial drivers. The report also includes prioritized strategies to address each of the top 10 issues.

With regard to the shortage, many of those responding say they support efforts to encourage people in their late teens and early 20s to enter the industry and advocating for changes at the federal level to allow men and women between the ages of 18 and 20 to be trained to drive interstate.

“ATRI has a study underway, our driver safety assessment tool, that we believe will be a way to effectively identify who the safest are among those younger individuals,” Brewster said.

Forty-seven percent of those responding said it was important for the industry to continue working with state and federal authorities to attract a new generation of drivers. 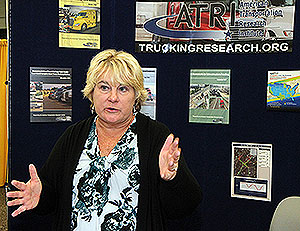 Legislation supported by ATA has been introduced in the U.S. House of Representatives that would lower the commercial truck driving age to 18, and it includes significant training and education components before a young person would be allowed to be a solo driver.

The survey’s No. 2 issue is the hours-of-service rules and the industry’s calls for increased flexibility, especially as it pertains to the sleeper berth provision.

Driver retention ranked third, specifically as it relates to the increased competition among companies to attract and keep drivers. The issue moved up two spots from the 2017 survey.

Last year, the ELD mandate was considered the second-most important issue. It has moved down to No. 4, and Brewster said that is in part because the new rule has been in effect for almost a year and the industry appears to have adapted to it.

The lack of available truck parking ranks No. 5 as an industry concern, but drivers said it is their second-highest problem. Nearly 49% said the parking shortage is forcing them to park illegally three to seven times a week.

“There are things that are being done, and I think even some in the shipper community are starting to recognize the challenges that the lack of truck parking are creating, but we are still a long ways away from resolving that situation,” Brewster said. “I don’t see truck parking coming off the list for a while.”

Rounding out the top 10:

6. Compliance, Safety, Accountability holds the same spot it had in 2017, even as the Federal Motor Carrier Safety Administration is pursuing recommendations from a congressionally mandated National Academies of Science review of CSA.

7. Distracted driving and the increasing use of smartphones and other devices by drivers of personal vehicles. Thirty-nine percent of respondents said they would like to see harsher penalties and more aggressive enforcement of existing laws as a way to reduce distracted driving. Nearly 38% said they support the idea of developing a national standard to address the issue as opposed to 50 state strategies.

8. Infrastructure/congestion and funding. Nearly 41% of the respondents said they support an increase in the federal motor fuel tax or other direct user fees to improve the nation’s crumbling infrastructure system. While efforts at the federal level to raise the fuel tax remain stalled, several states have raised the tax and are mandating the additional money be used on infrastructure projects.

9. Driver health/wellness. This issue moved up one spot as an estimated 20% of drivers that leave the industry said they are citing health problems as a factor in their decision. Encouraging truck stops to make healthier food options available and having more exercise facilities was cited by more than 51% of the respondents.

10. The economy. While the U.S. economy is at its strongest level in years and unemployment is at a nearly 50-year low, economic activity is an issue because many respondents said they are concerned the positive momentum may be damaged by the possibility of more tariffs and the emerging trade disputes with China and other nations.

The full ATRI report is available online at www.truckingresearch.org.