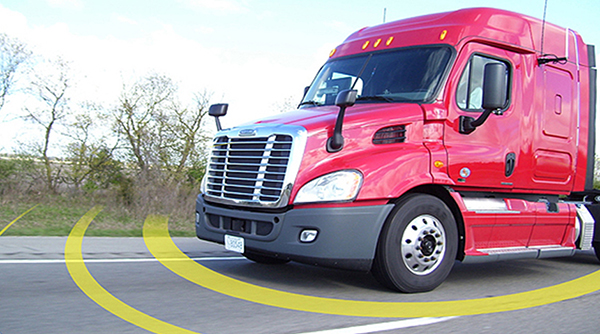 The Department of Transportation’s wireless connected vehicle pilot program, currently in its design, deployment and testing phase, is making progress at its demonstration sites in Wyoming, New York City and Tampa, Fla., the program’s manager told members of an agency advisory committee.

In a July 18 update briefing to DOT’s Intelligent Transportation Systems Program Advisory Committee, the pilot’s manager, Katherine Hartman, said officials are currently in Phase 2 of the pilot, developing technologies that ultimately will allow trucks and cars to communicate with each other in different ways at each of the three pilot sites.

The third and final phase of the pilot that will assess the performance of the three sites is not yet underway, and could take until September of 2021 to complete, according to DOT documents.

The committee was created to advise the Secretary of Transportation on all matters relating to the study, development and implementation of intelligent transportation systems.

Hartman said the pilot in Wyoming is focusing primarily on the needs of commercial vehicle operators, equipping 150 heavy trucks that frequently travel a 400-mile stretch on Interstate 80, which rises to 6,000 feet in altitude along the state’s southern border. The goal of the Wyoming DOT site is to reduce the number and severity of adverse weather-related truck incidents and incident-related delays using wireless connected vehicle technologies, Hartman said.

An important freight corridor, I-80 handles more than 32 million tons of deliveries and plays a role in the movement of goods across the country and between the United States, Canada and Mexico, according to the Wyoming DOT. During winter seasons, wind gusts reach as high as 65 mph, causing crash rates on the corridor to be 3-5 times higher than summer crash rates.

When the system is complete, the Wyoming roadside hot spots will broadcast messages to drivers that use the highway, giving them up-to-date information on road conditions miles ahead, adverse weather, stopped or slow-moving vehicles, road closures, parking availability and active work zones.

The New York City pilot is being designed to improve the safety and mobility of travelers in the city using vehicle-to-infrastructure technologies installed along high-accident rate arterials in Manhattan and central Brooklyn. It will equip 8,000 vehicles, 400 of them UPS vans, with wireless connecting technologies.

In Tampa, 1,600 vehicles and 500 pedestrians will be equipped with smart technologies designed to alleviate congestion and improve safety during morning commuting hours.

“The goal isn’t to employ connected vehicles with the introduction of technology,” said Ken Leonard, director of the ITS Joint Program Office. “The goal is to get to collision avoidance. We have six million collisions a year, over three million injuries and approaching 40,000 fatalities. And I think the numbers are definitely moving in the wrong direction.”

He added, “The connecting vehicles technologies are important to addressing that issue.”

“I can’t stress enough that working to resolve the technical issues is fairly small, but still challenging,” Harman said.

But the interoperability issue — taking a truck from Wyoming and driving it through New York and Tampa to make sure everything works — is a challenge that’s going to be difficult to solve, Hartman said.