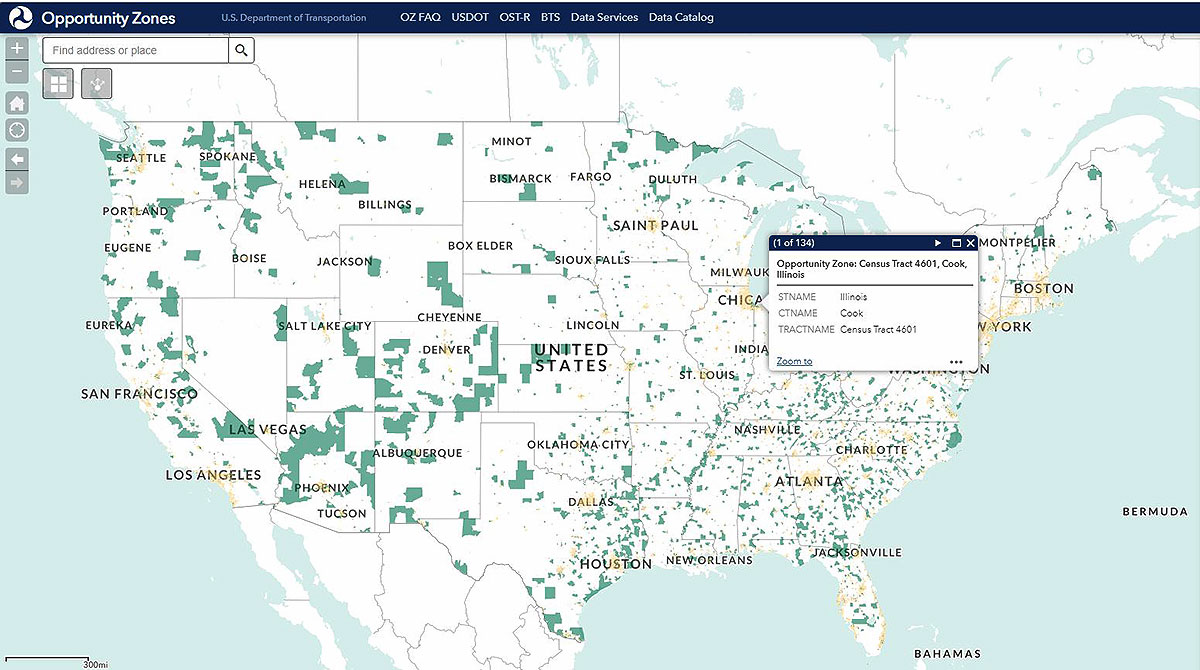 The map, which was announced Jan. 6, is meant to encourage economic investment in Opportunity Zones, which DOT defines as “economically distressed” communities designated by the state’s governor and certified by the U.S. Secretary of the Treasury.

“Opportunity Zones have the potential to increase job creation in underserved communities, especially in rural areas, and the department is working to ensure there are transportation links to Opportunity Zones,” Secretary of Transportation Elaine Chao said in a statement.

The urban areas on DOT’s interactive map, highlighted in pale yellow, include major metropolitan centers such as Boston, New York, Atlanta, Chicago, the Twin Cities, Houston and Los Angeles. The rural Opportunity Zones, marked in green on the map, are dispersed throughout the country, with particularly large pockets in Arizona, Utah, Colorado, New Mexico, Montana and Washington.

DOT has tried to engage the zones by updating the criteria of federal infrastructure programs. For example, in the latest round of Better Utilizing Investments to Leverage Development (BUILD) discretionary grants, issued Nov. 12, half of the $900 million in funding was awarded to projects in rural areas.

The agency has issued 13 Notices of Funding Opportunity containing language geared toward Opportunity Zones. According to DOT, these programs awarded more than $2 billion in fiscal 2019.

Also, DOT in October created the Rural Opportunities to Use Transportation for Economic Success program to better understand transportation needs in rural communities. Known as ROUTES, the program is meant to help connectivity in those areas.

In December, Chao called for public comments on the program to gather feedback on rural transportation needs and DOT’s grant programs.

Rural roads make up 70% of America’s road miles, according to DOT. Maintaining these roadways can be a challenge for rural communities that have thin financial resources. Although geographically sprawling, rural communities generally have low population densities, meaning fewer people to support investment.