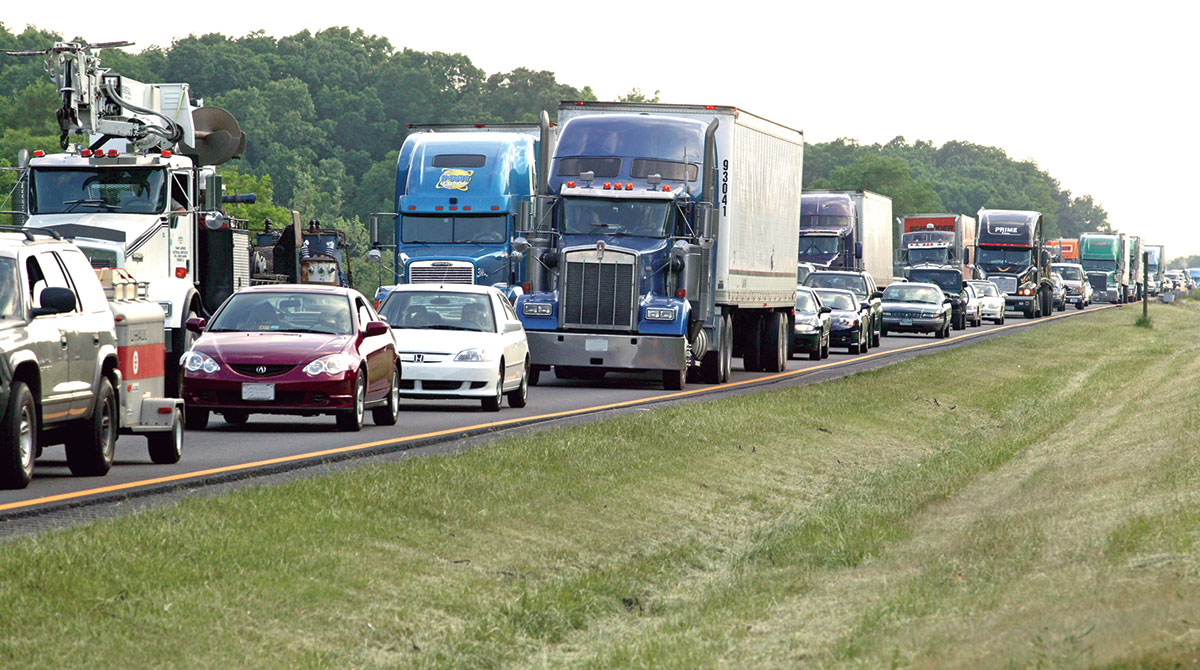 Heavy traffic on a stretch of I-81 in Virginia. (Virginia Department of Transportation)

The U.S. Department of Transportation announced the funding award Dec. 12 from its Build America Bureau, which financially assists communities across the nation by lowering costs of infrastructure projects through Transportation Infrastructure Finance and Innovation Act loans.

The financial assistance will help the rural project extend acceleration/deceleration and merge/diverge areas, making entering and exiting the highway safer and more functional at various access points along I-81. It also will help pay for I-81 improvements in Roanoke County, including adding lanes and replacing bridges. 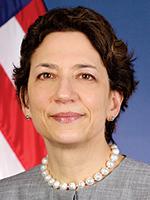 According to the Virginia Department of Transportation, I-81 was designed to accommodate 15% truck traffic, but carries an average of 26% and up to 35% trucks in some areas. Nearly 50% of the state’s value of goods ($312 billion annually) is transported along the I-81 corridor, which has the highest per capita truck volume in Virginia with 11.7 million trucks traveling over I-81 annually.

Virginia is taking advantage of the Build America Bureau’s Rural Projects Initiative that offers loans at half the Treasury rate and for nearly half the project costs instead of a customary 33%.

“We know rural areas not only have a disproportionately high rate of car crashes — they also often lack the resources to make improvements, which is why the Rural Project Initiative is so important to our broader efforts to reverse the crisis of roadway deaths happening all over the country,” Trottenberg said.

The two federal transportation infrastructure loans will allow VDOT to finance and expedite part of its $2.7 billion I-81 Capital Improvement Program to complete 64 priority-funded projects (from 106 identified) by the end of 2033.

I-81 improvements will target projects that:

Other focus areas for projects call for widening shoulders to increase lane safety for travelers and first-responders during emergencies (flat tires or inoperable vehicles) and constructing auxiliary lanes (usually between two interchanges) so drivers can speed up or slow down when merging on/off I-81.

This year, VDOT is scheduled to add 29 to the 16 completed I-81 corridor improvement projects.

Plans also contain operational improvements such as digital message signs to alert drivers in real-time about road incidents and alternative routes, and adding traffic cameras to provide operations center staff with emergency information to relay to travelers through the VA 511 system.

“The Build America Bureau exists to help move projects of all sizes forward,” Executive Director Morteza Farajian said. “Bureau loans can range in size from $10 million up to billions depending on the size and characteristics of a project. Our team can help customize the most advantageous financing options for a single transportation project or a bundle of multimodal improvements in urban, rural or tribal communities.”