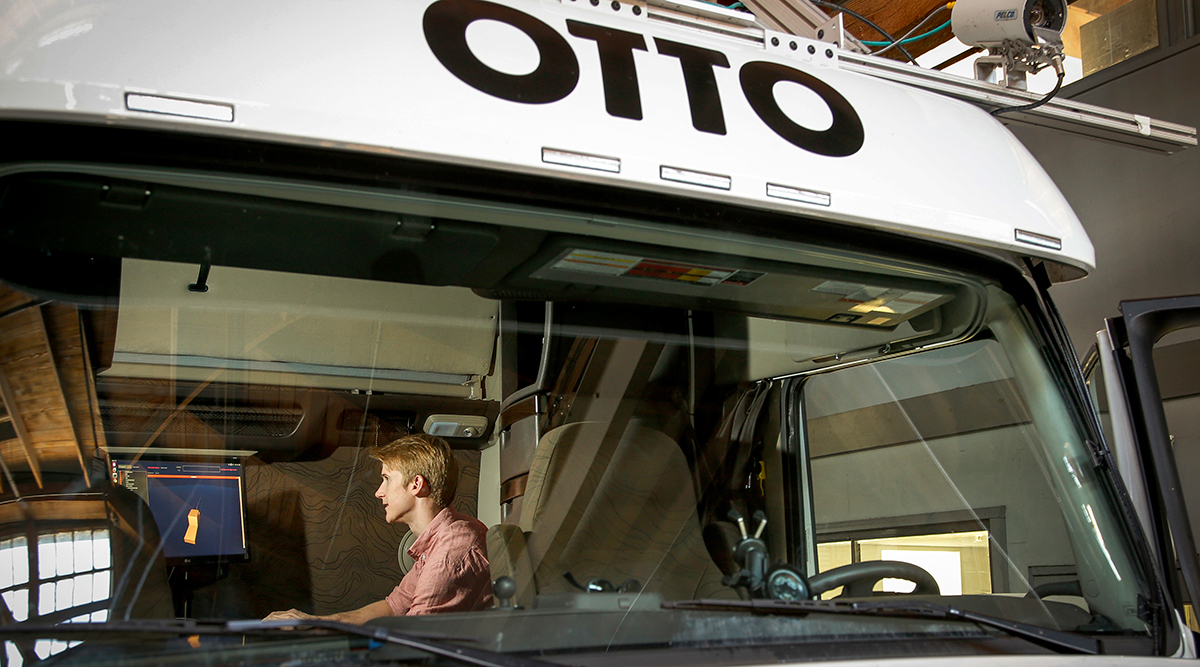 Don Burnette checks the software on a computer inside the cab of the self-driving, big-rig truck during a demonstration at the Otto headquarters Aug. 18, 2016. (Tony Avelar/AP)

With the recent departure of Don Burnette, all four co-founders of driverless-trucking company Otto have left Uber Technologies Inc., about 18 months after Uber’s purchase of the startup.

The August 2016 acquisition was billed as a $680 million stock deal that would catapult Uber’s self-driving car program into contention with Alphabet Inc.’s Waymo. Instead, the Otto purchase turned toxic when Waymo sued Uber for allegedly stealing trade secrets.

Uber ultimately settled, paying $245 million worth of equity to Waymo, but not before Otto co-founder Anthony Levandowski left the company. Much of the $680 million acquisition price tag hasn’t been paid by Uber because the Otto team was required to hit certain performance milestones to receive the full amount.

Uber confirmed Burnette’s departure and declined to elaborate. Uber’s self-driving car program has been thrust into further turmoil after one of its cars killed a woman in Arizona.

Police and federal authorities are investigating the incident, and Uber has halted public tests as the probes proceed.

Burnette, an engineer at Alphabet working on self-driving car software, left to co-found Otto in early 2016, along with Levandowski, Lior Ron and Claire Delaunay. Burnette now is the CEO and co-founder of Kodiak Robotics, according to his LinkedIn profile. Ron left Uber earlier this year. Delaunay departed in 2017 and is a vice president of engineering at Nvidia Corp.

Since leaving Uber in May 2017, Levandowski has talked about founding his own religion to celebrate artificial intelligence technology.