Diesel Tankers Projected to Get Biggest Demand Surge Since 1993 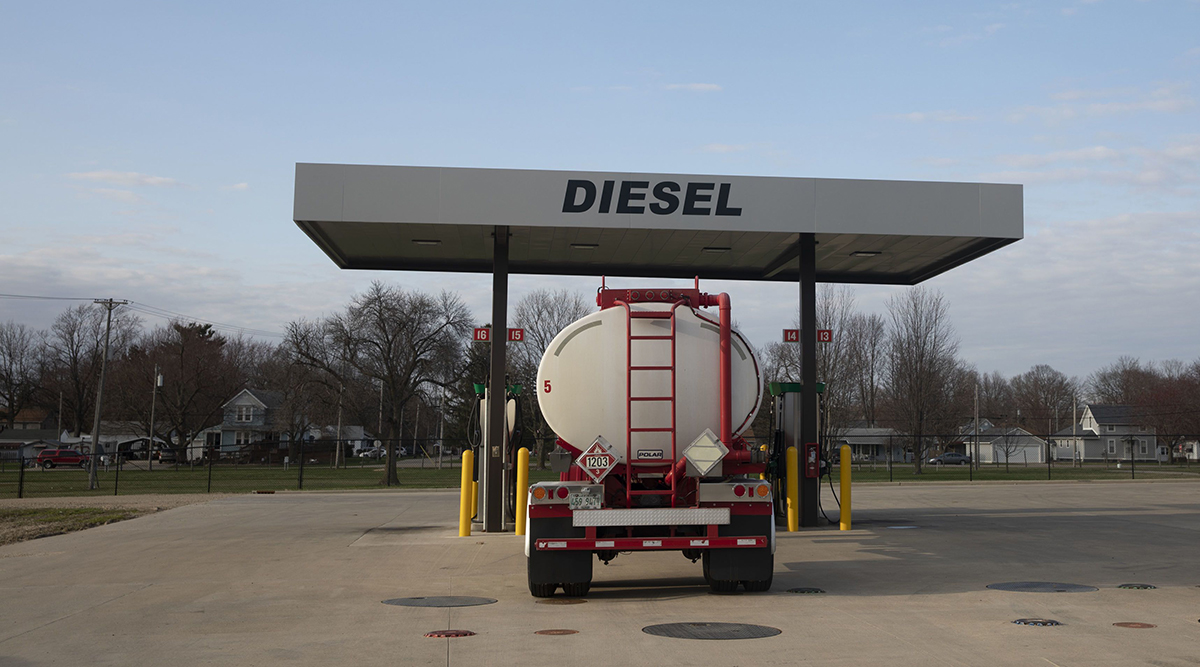 A tanker truck sits parked at a diesel fuel pump at a gas station in Princeton, Ill. (Daniel Acker/Bloomberg News)

Oil tankers hauling fuels such as gasoline and diesel are poised for their biggest demand surge in three decades next year, with disruption to Russian oil flows boosting the distances vessels will have to sail.

A closely watched shipping industry gauge known as ton miles — effectively the volume of cargo transported multiplied by the distance it sails — will surge by 9.5% in 2023, according to estimates from Clarkson Research Services Ltd. It would be the biggest annual increase for tankers hauling refined fuels since 1993, data from the research unit of the world’s largest shipbroker show.

With sanctions on Russian oil products set to come into effect from February, a global rerouting of cargo flows seems inevitable, boosting distances. There’s also the potential for bigger volumes as new refineries in Asia and the Middle East begin producing exporting, while China has room to grow its outflows. 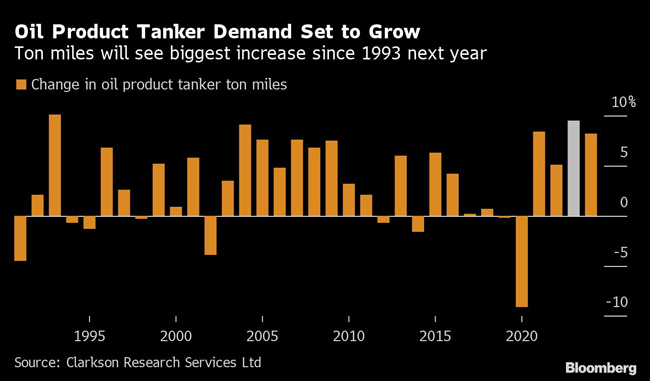 “It could easily be five or six times the distance and that means that you’ll need much more ships to transport the same volume that you imported previously,” said Anders Redigh Karlsen, an analyst at Kepler Cheuvreux. “That is going to drive demand for product tankers.”

When combined with crude oil flows, ton miles are expected to rise by the most since 2014 next year, the data show, up by 6.4%.

That’s against the backdrop of an oil tanker market already seeing bumper earnings. Rates to hire so-called medium range tankers that carry refined fuels for one year are the highest since 2008, Clarkson data show. Crude tanker earnings are near the highest since May 2020.