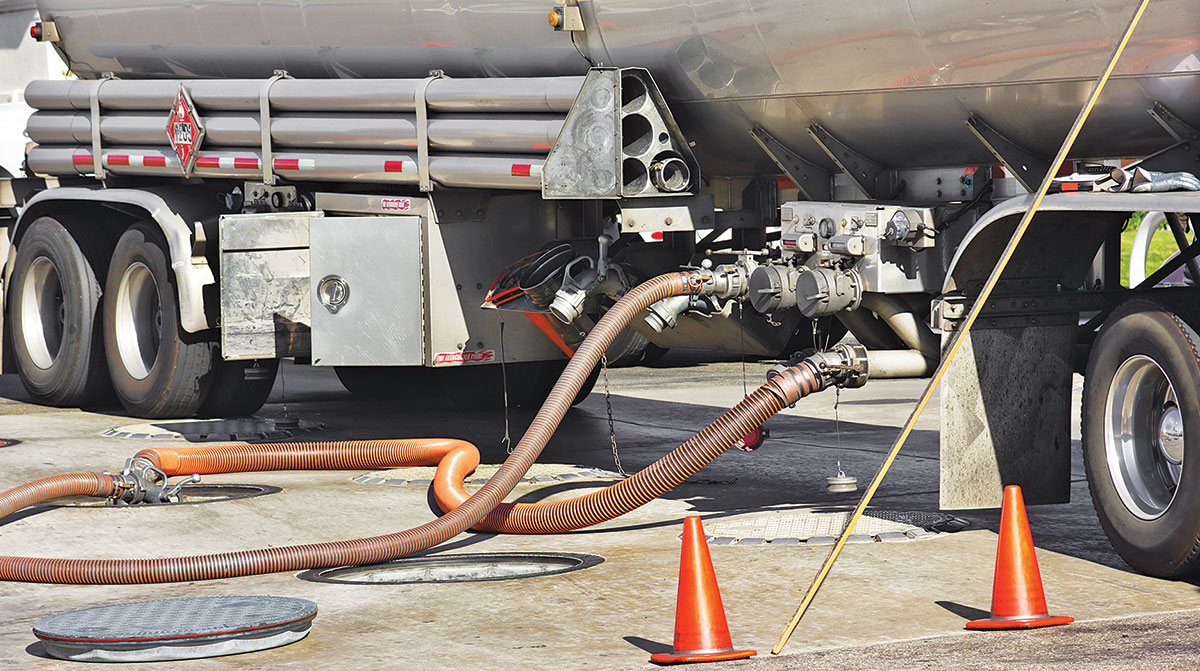 The national average price for a gallon of diesel fell by the most since it dropped 8.2 cents Aug. 15. (Johnny H5/Getty Images)

The national average price for diesel slid 8 cents to $5.233 a gallon, according to Energy Information Administration data released Nov. 21.

The price of trucking’s main fuel went down in eight of the 10 regions in EIA’s survey and up in two. The largest decrease was 10.4 cents in the Gulf Coast region; the biggest gain was 3.7 cents in the Rocky Mountain Region. 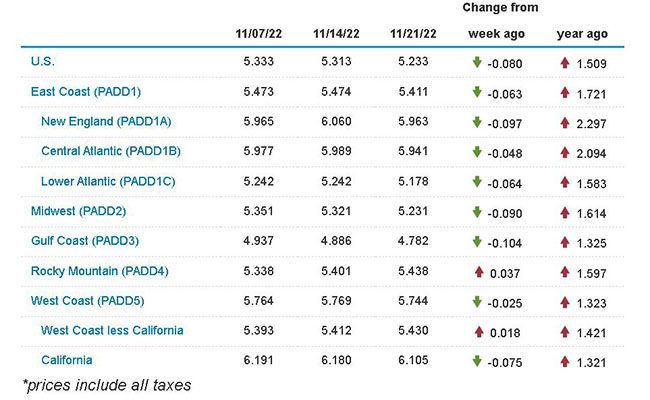 The declines come in the wake of a November report from the International Energy Agency which said that stubbornly high prices for diesel set the stage for longer-term weakening of demand.

Both the outright price of the fuel and its trading level relative to crude oil rose to records in October, jumping 70% and 425% respectively year-over-year, the Paris-based adviser said in its monthly report on the state of the oil market.

With economic growth showing signs of weakening in the face of high inflation and energy costs, those high prices could well prove self-defeating, the agency said.

“This increasingly ominous global outlook, along with very high prices, is set to significantly curtail diesel demand in 2023,” the IEA said.

The IEA forecast that global growth in diesel and gasoil will ease from 1.5 million barrels a day in 2021, to 400,000 this year. In 2023, consumption will post a small decline “under the weight of persistently high prices, a slowing economy and despite increased gas-to-oil switching.”

Even before Russia invaded Ukraine, diesel markets were in deficit because of a combination of halted refineries during COVID and then resurgent demand as countries dealt with the pandemic, the adviser to oil consuming nations said.

The war has led to the European Union announcing a ban on the purchase of Russian diesel that enters into force in February but is already an intense focal point for the market.

Russia remains the continent’s biggest external supplier and Europe is likewise the top buyer from Moscow, creating uncertainty how global flows will be affected once the prohibition begins.

“The competition for non-Russian diesel barrels will be fierce, with EU countries having to bid cargoes from the U.S., Middle East and India away from their traditional buyers,” the IEA said. “Increased refinery capacity will eventually help ease diesel tensions. However, until then, if prices go too high, further demand destruction may be inevitable for the market imbalances to clear.”