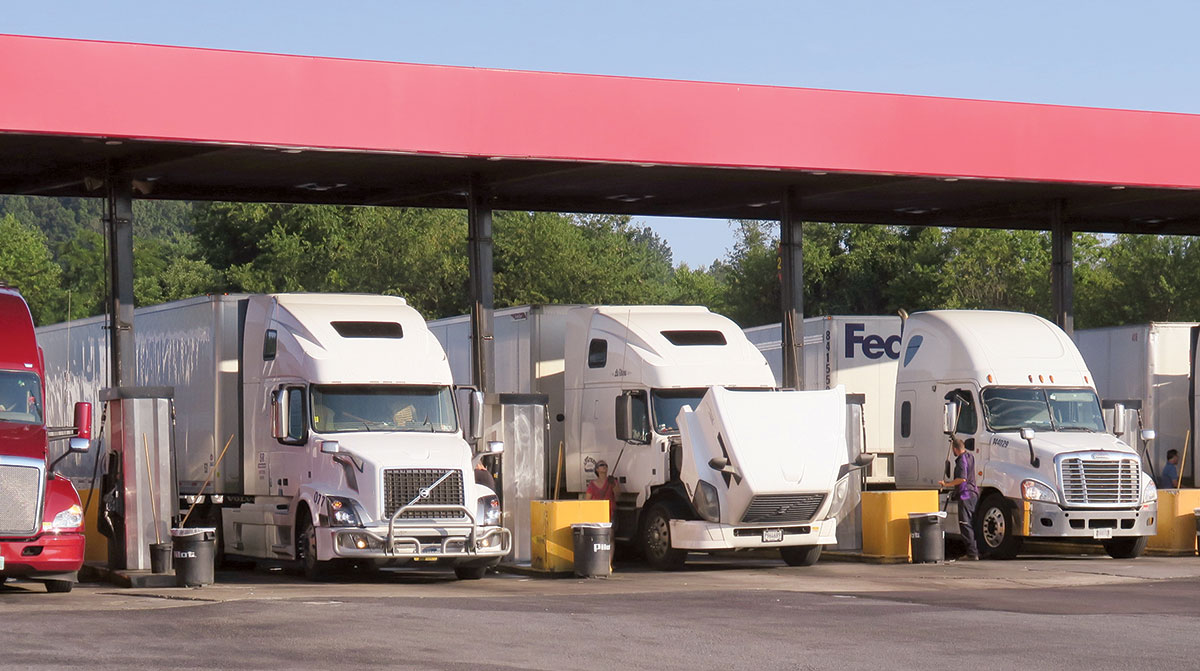 Price declines range from 4.2 cents in the Lower Atlantic to just one-tenth of a cent in the Rocky Mountain region. (Peggy Smith/Transport Topics))

The national average price of diesel dropped 3.1 cents to $5.084 a gallon, according to Energy Information Administration data on Sept. 5.

EIA reported that the price of diesel fell in all 10 regions it surveys. The Lower Atlantic region saw the most significant drop at 4.2 cents to $4.950 a gallon. The Rocky Mountain region saw the smallest decrease at one-tenth of a cent to $4.971.

“Until now, refiners have had a really smooth summer,” said Tom Kloza, founder and global head of energy analysis for Oil Price Information. “There was a problem with BP in their Indiana refinery. But generally, it’s been a very smooth process for refiners. The problem is that they postponed a lot of maintenance that was supposed to take place in the spring and they put it off until the fall. You can’t postpone maintenance forever.”

Kloza added refiners are going to have to take some units down for work, and it may occur against a backdrop of low diesel inventories. He also is keeping an eye on the global crude oil market, which has been experiencing a deepening sell-off.

“I think most of the selling, really, in late August and September has been motivated by the big macroeconomic winds,” Kloza said. “The notion that Europe is, as opposed to might be, tumbling into some sort of recession.”

The drop in prices even comes as Russia cuts off gas supplies to Europe. The move came ahead of a new round of sanctions for the Ukraine war. The sixth package of sanctions from the European Union calls for a complete ban on the import of seaborne Russian crude oil by Dec. 5.

“The market is basically just dismissing that and it’s moving down,” Kloza said. “Even though you had OPEC last week or earlier this week, they didn’t cut production like some people think they might need to. But they served notice that they’re willing to defend the price, and they may have gotten down to that defense line today.”

Brent crude dropped below $90 a barrel for the first time since Feb. 8, hovering around $89.75 as of Sept. 7. WTI crude was around $83.50. These were the lowest numbers seen in crude oil since before the Ukraine invasion.

“It’s kind of a break for people that use a lot of diesel or heating oil or jet fuel,” Kloza said. “I’m not convinced it’s a trend change. I look at it, and I look at all the things that can happen in the last 125 days of the year. And I think there’s plenty of things that could really fortify prices. I wouldn’t celebrate yet.”

S&P Global Commodity Insights reported Aug. 18 that oil demand growth is forecast at 3.8 million barrels a day in Q3. This after a 400,000-barrel drop the prior quarter due in part to the impact of the coronavirus pandemic.

“Generally, across the country now, diesel is selling for about $1.30 over the price of gasoline,” Kloza said. “The other thing is, if there is a recession and if Europe falls into a deep recession, the product that gets hurt the most when there’s economic contraction is diesel. The product that sees demand perk the most when there’s economic growth is diesel. So, it’s kind of a double-edged sword there.” 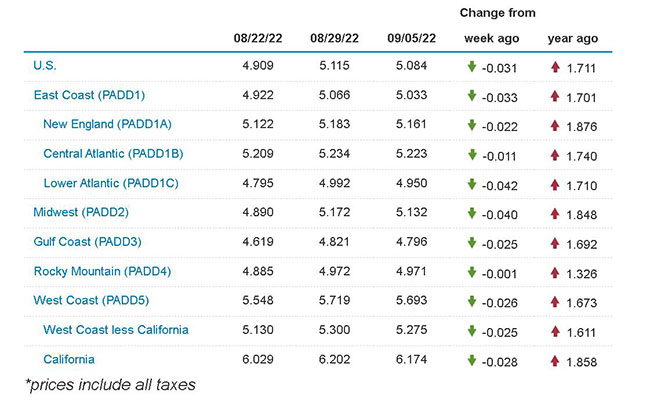