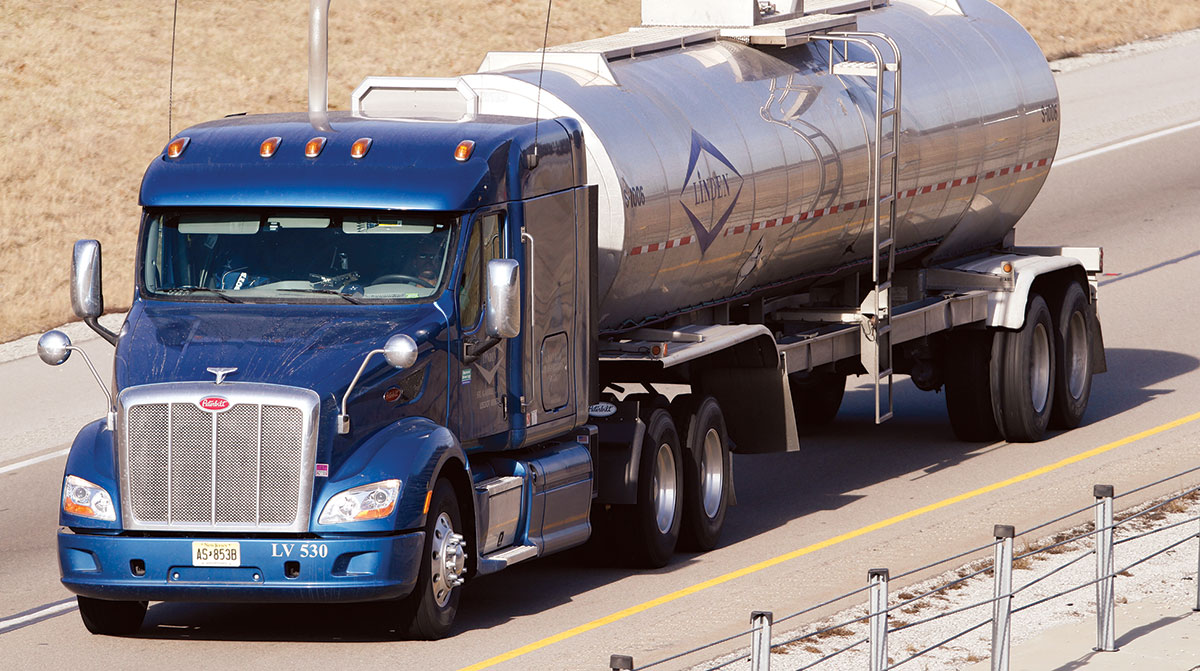 Diesel had dropped a total of 11.2 cents a gallon the previous two weeks before its current increase. (John Sommers II for Transport Topics)

The national average price for diesel resumed its upward course, rising 2.8 cents to $5.101 a gallon, according to Energy Information Administration data released April 18. Diesel had dropped the previous two weeks for a total of 11.2 cents.

Trucking’s main fuel rose in nine of the 10 regions in EIA’s weekly survey, with the exception being a dip of four-tenths of a cent in New England. The Rocky Mountain region’s 5.2-cent gain was the largest.

The price of gasoline continued to backpedal toward the $4 mark, dropping by 2.5 cents this week to reach a national average of $4.066 a gallon, which is $1.211 a gallon more compared with a year ago.

EIA forecast lower prices for both fuels moving over the next several months.

The report added, “After adjusting for inflation, this summer’s forecast national average price would mark the highest retail gasoline and diesel prices since 2014.”

Meanwhile, demand from other countries for U.S.-produced diesel is very strong.

Russia’s invasion of Ukraine has set off a global scramble for diesel, prompting buyers around the world to snap up massive volumes of fuel from the U.S. Gulf Coast despite high prices, Bloomberg News reported.

Waterborne diesel exports from the U.S. Gulf Coast rose to 1.3 million barrels per day so far this month, on track to reach the highest monthly level since January 2016, when oil analytics firm Vortexa began tracking this data, according to Bloomberg. U.S. government data shows a similar spike, with weekly national diesel exports surging to 1.74 million barrels per day in early April, the highest since June 2018.

That is pushing up pump prices truckers in the U.S. are paying, one oil analyst said.

“It definitely has an impact. We just saw a report where they showed distillate inventories are at the lowest level since 2008, so every barrel that gets exported, as far as diesel is concerned, is going to make that market tighter and it’s going to raise prices even more,” Phil Flynn, senior market analyst at the Price Futures Group, told Transport Topics.

Flynn suggested that export premium could be as much as 5 cents a gallon, but the exact impact is hard to determine.

“Because of the tight supply situation that we’re experiencing in Europe because of the war in Ukraine, European diesel prices are trading at a premium to those of the United States. That is one of the reasons why the U.S. exported a record amount of both crude oil and products last week, including diesel, because those prices are attracting exports, Flynn said April 20. 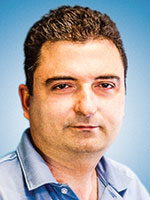 “If fuel costs don’t go down soon but, instead, the market cools off and spot rates go down, many smaller carriers will go out of business,” said Dimitre Kirilov, CEO of asset-light Montway Auto Transport in Schaumburg, Ill.

His advice to carriers: Make sure to know your cost of doing business.

“What is your cost per mile? This is the easiest way for you to see whatever your dispatchers are booking is actually profitable for you,” Kirilov said. “Otherwise you’re just staying in business for the sake of being in business. That cannot last.”

In related news, American farmers, who use diesel to power their machinery, are planting the largest corn and soybean crop since 2017 this spring, according to Bloomberg.

As for oil, West Texas Intermediate traded above $102 the week of April 18 that has seen futures swing sharply in a range of about $10.

“The oil market continues to be characterized by a tug of war between concerns about demand and concerns about supply outages,” Carsten Fritsch, an analyst at Commerzbank AG, told Bloomberg. “This is also evident from the constant fluctuations in oil prices.” 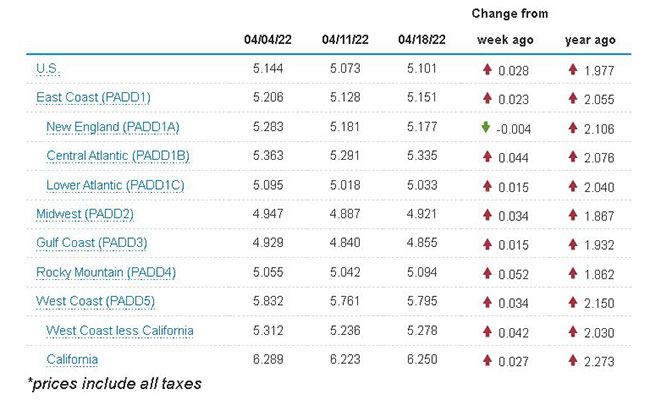