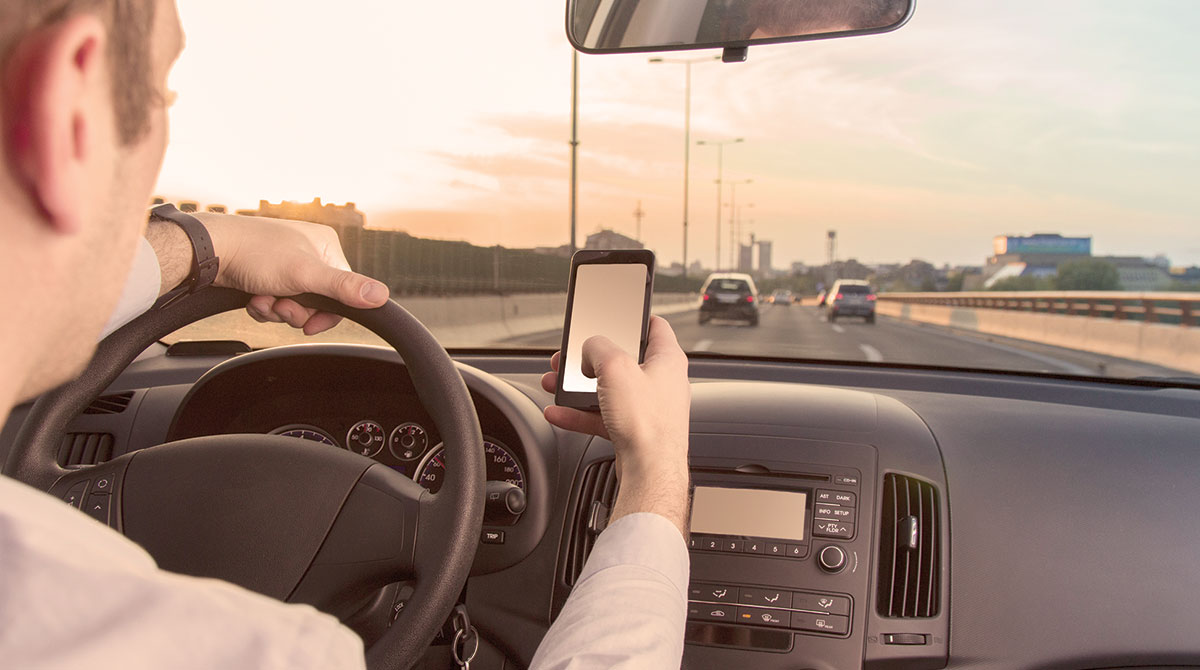 The familiar expression about being driven to distraction acquires new layers of meaning for fleet safety managers and technology providers intent on tackling the challenge of distracted driving.

“Driver distraction is one of our biggest problems,” said Brannan Ekins, safety supervisor for Best Logistics Group in Kernersville, N.C. The company was unaware of the issue until it installed a system to detect distraction and issue in-cab alerts. Now, they are able to measure distraction and analyze the data.

“We have a tool to see what the main contributors are, [and we can] get proactive about addressing these issues,” he said. 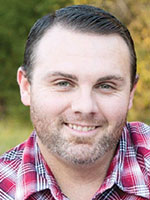 The need to reduce it is underscored by rising insurance premiums and, in some cases, coverage that is not being renewed. Martin noted that insurance companies encourage trucking companies to provide driver safety programs, machine vision and artificial intelligence. Those technologies are continuing to improve as vendors “accumulate data needed to train algorithms” to identify risks, he said.

Lytx’s MV+AI technology is designed to help fleet safety managers and drivers identify, alert and self-correct behaviors that were not always visible, Martin said, such as a driver looking at their phone. 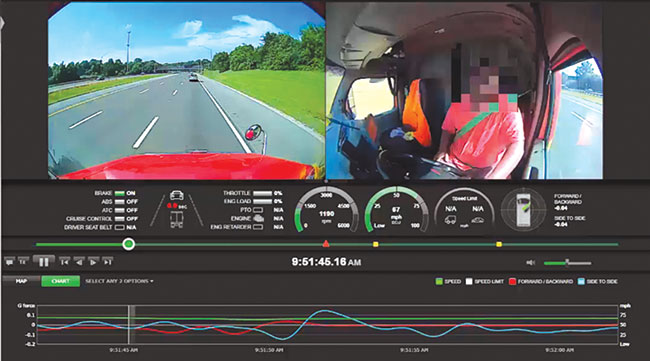 Accumulated layers of technologies contribute to safety, Yariv said. “The more the better.”

Data and analytics from telematics systems can reveal information about what’s happening in a truck cab. So can forward-facing cameras that detect close following and drifting. And driver-facing cameras with AI make a third layer, she said.

“We now have the ability to notice the driver doesn’t have a seat belt on,” Yariv explained. “Or the driver’s eyes are looking drowsy. And we can give some sort of audible warning to the driver and let them know that they’re doing something dangerous.”

After testing in the spring of 2021, Best Logistics Group, which operates a fleet of approximately 420 tractors and more than 2,000 trailers, completed installation of a system provided by Netradyne on its trucks in the fall of that year. It was a replacement project.

“We were not having a lot of success with our old cameras,” Ekins, the safety supervisor, said. “It was a headache retrieving the memory cards out of them.” If an accident occurred hours from the company’s North Carolina headquarters, the choices were to drive there or wait until the truck was towed in, he said. “So, there was an obvious need for a change.”

Ekins added that the earlier technology didn’t provide access to the cab. “Not that we wanted to watch our drivers nonstop, but we didn’t even have that functionality if we wanted it. So we really had no way of maintaining any sort of compliance.” 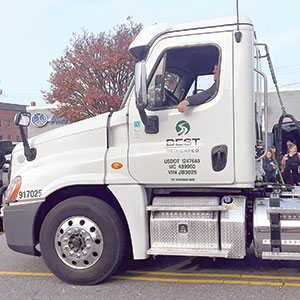 Best Logistics has been using Netradyne for more than one year. Ekins and other managers describe the system and its capabilities in safety meetings with drivers. He noted that Best Logistics uses it to help drivers recognize what is going on — good or bad — in their cab.

Repeated instances of a distracted driving behavior detected by the system can be addressed in individual safety meetings.

“The distracted driving alerts comprise the majority of our alerts,” Ekins said. “We’re not going to discipline a driver for reaching down and grabbing a drink, “but it lets us know that they’re doing stuff like that.” Such behavior, he said, is “not always a factor in our incidents.”

Netradyne markets Driveri fleet dashcam, which incorporates artificial intelligence in a camera mounted on the cab’s windshield. The device captures video and identifies signs, signals and pedestrians, and delivers information in real time, the vendor said.

Barrett Young, senior vice president of marketing, said audible alerts from the device mounted to the windshield prompt “micro-corrections.” The system operates at more than 98% accuracy, meaning that 98% of the alerts issued by the device are correct, Young said.

In the case of a driver with multiple alerts, a safety manager can send video of the acts that triggered the alerts to the driver’s phone, Young said, with a message that the driver needs to improve.

If a safety manager repeatedly points out that a driver is doing wrong, the driver is likely to become unreceptive, and the behavior is never going to improve, Young said. Netradyne’s approach to reducing distracted driving and risky driving behaviors is based on positive recognition, Young said. The approach is to provide positive feedback on some aspect of performance and fold in a suggestion or request for change in some other behavior.

The Netradyne system includes an onboard coaching tool to make drivers aware of what that camera is seeing. “Hopefully drivers respond to that” with more attentive driving, Ekins said, adding, “Some of them get pretty upset with it. We know why they’re distracted and if we need to follow up with a coaching discussion, we can do that now.”

A scoring feature in the Netradyne offering, dubbed “The Green Zone,” assigns points for positive actions such as stopping at 100 stop signs consecutively, shifting from the right lane when a vehicle is on the shoulder, and no phone use; it deducts points for phone usage and other behaviors. The system can rank drivers within a fleet according to their scores. More than 850 points is the goal. “It’s dynamic, up-to-the minute,” Young said, “so as the driver goes throughout the day the score is going up or down based on what’s going on.”

After more than a year of using Netradyne’s product, Best Logistics is now starting to implement the scoring system so it can respond to each driver individually. Ekins said, “Every driver is different. They’ve got different scores for different reasons.”

How well managers use the data shapes how well a fleet and its drivers might benefit from a system, said Stefan Heck, CEO and founder of Nauto, an artificial intelligence safety solution that features a dual-facing camera, external sensors designed to detect distracted and drowsy driving as well as in-cabin and external risks, in real time. 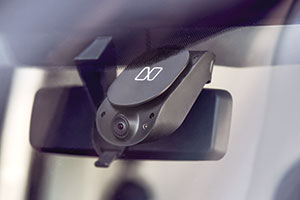 Heck said Nauto advises users to coach “the bottom 5%” of performers. “That’s where you want the manager to take action and coach those people, ride along.”

Among the 800 fleets that use Nauto, distraction is the primary cause of collisions, said Heck, adding distraction “comes in many, many forms, but if you had to pick one thing that has made it worse, it’s that we all have phones.”

Commercial drivers are professionals, “not teenagers learning to drive, where there really is a skill gap,” Heck said. “But there is an awareness gap.” By alerting professional drivers through AI to the presence of a particular risk, he said, “you can get people to change their behavior quickly.”

Nauto has the capability to identify and respond to combinations of risks, such as tailgating, speeding and looking at a phone, Heck said. It singles out the riskiest behavior of the three — Heck said it is looking at the phone — and prompts the driver to train his eyes back on the road.

“Drivers are given the opportunity to self-correct these behaviors and only require manager-led coaching once a predetermined threshold of these events is reached — in other words, once a pattern occurs,” Deshpande said.

A proactive approach to safety and coaching allows managers to give leeway to good drivers who make mistakes and instead focus on training repetitive behaviors, Deshpande said. “(That approach) can be particularly impactful during the winter season,” Deshpande said, “when the likelihood of safety incidents increases due to inclement weather [and] prolonged darkness on the road.”