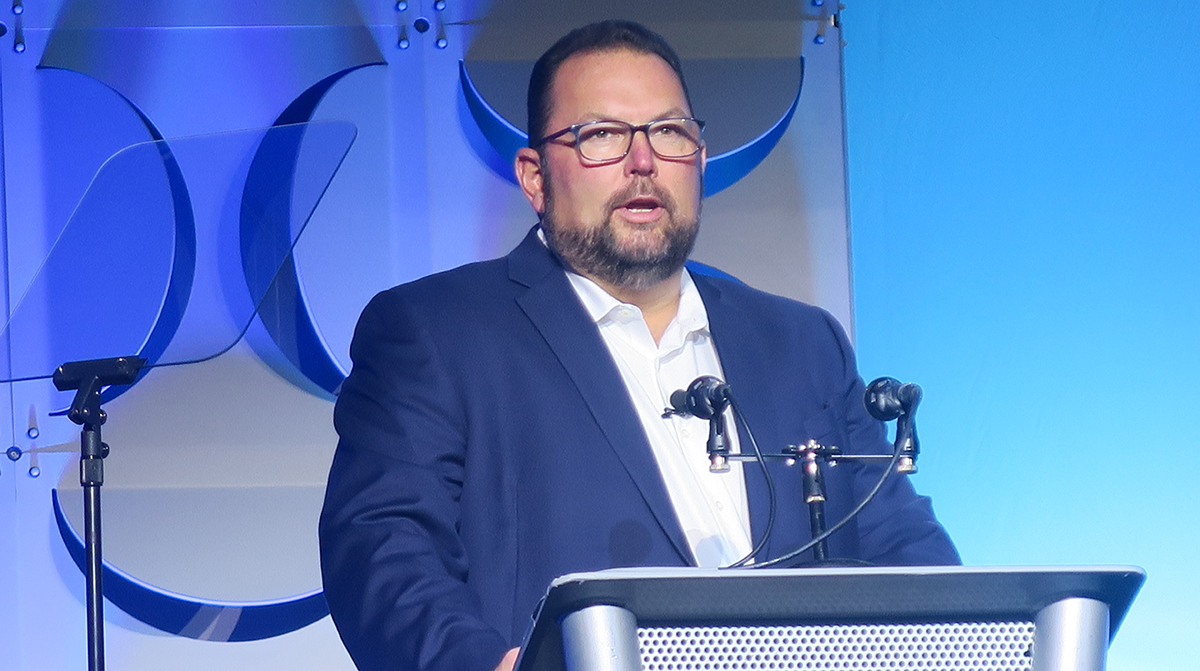 Derek Leathers shown, moderating a panel discussion at MCE 2022, has been with Werner Enterprises for more than 20 years. (Anneliese Mahoney/Transport Topics)

Derek Leathers, CEO, president and chairman of Werner Enterprises, is the new chairman of the American Transportation Research Institute, it was announced Nov. 1.

Leathers has been a member of ATRI’s board since October 2015. The board is made up of 13 trucking industry CEOs.

“Derek has been a strong supporter of ATRI’s research in his years of service on our board and is well-respected throughout the industry,” ATRI President Rebecca Brewster said. “We look forward to his tenure as ATRI chair.” 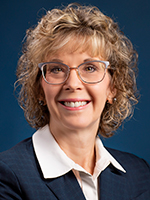 In acknowledging McReynolds’ tenure as chairman, ATA President Chris Spear said, “Under Judy’s leadership, ATRI’s research has gained worldwide recognition for its objective analyses of key industry issues on topics ranging from litigation research, the truck parking shortage, congestion, highway funding and the environment. Derek is the perfect choice to continue ATRI’s leadership in advancing the industry’s safety and productivity.”

Leathers has more than 30 years of experience in transportation and logistics and more than 20 with Werner. Prior to joining Werner in 1999, he was one of the first foreign members of Mexico’s trucking association and was based out of Mexico City for several years.

At Werner, he has served in several roles, including the formation of Werner’s Mexico cross-border operations and oversight for the asset operating groups leading the launch of Werner Global Logistics. In addition to his service on the ATRI board, he serves on a variety of nonprofit boards.

ATRI, based in Atlanta, is the trucking industry’s 501(c)3 nonprofit research organization. It is engaged in research relating to maintaining a safe, secure and efficient transportation system.