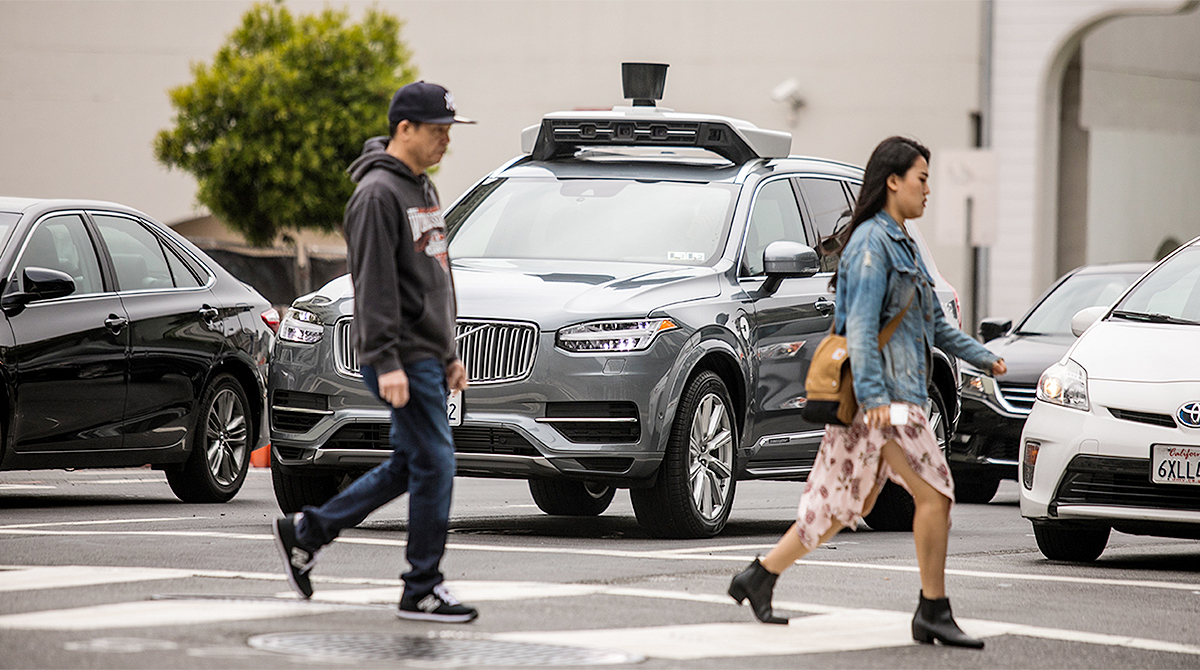 WASHINGTON — The looming mainstream deployment of autonomous cars and trucks around the country has the potential to improve traffic safety while reducing congestion along key freight corridors and metropolitan regions, senators on a transportation committee said June 13.

“Tons of new technology could really ease what is an infrastructure crisis that we have in our region,” Sen. Cory Booker (D-N.J.) said during a hearing of the Environment and Public Works Committee.

“And, so, I wonder if everything from [automated vehicles] to, frankly, just drones alone, could take a lot of the traffic off of our streets,” added Booker, whose sentiment was echoed by colleagues on the panel.

Massachusetts Sen. Ed Markey, also a Democrat, noted severe traffic in cities such as Boston, New York and Washington is affecting people’s commutes as well as the flow of freight. “We have a lot of reasons to solve this problem,” Markey noted.

State and local agencies must plan to invest in infrastructure that would be compatible with autonomous vehicles to prepare for the technology’s eventual mainstream deployment, the committee’s ranking Democrat, Sen. Tom Carper (D-Del.), insisted.

“How do we align those timeframes and integrate assumptions about autonomous vehicles into long-range transportation plans,” Carper said. “These are just a few of the many questions that I believe we should be examining closely as we prepare our infrastructure for more widespread use of autonomous vehicles.”

An influx of autonomous vehicles has prompted observers to raise concerns about cybersecurity, since the vehicles would communicate with each other and infrastructure via wireless communication.

“How their benefits are realized will depend on industry and agencies working together to make sure our roads keep pace with the vehicles that they accommodate,” Barrasso said. The Senate has yet to consider legislation approved by the Commerce Committee meant to facilitate the development of self-driving vehicles. Asked about the status of the bill, which would pertain primarily to cars and not trucks, the chairman told Transport Topics: “Hasn’t happened yet, and looking forward to getting to that.” A House version advanced last year.

At the hearing, New York City’s top transportation official, Polly Trottenberg, acknowledged the role autonomous technology could have in reducing her city’s crippling congestion. Robust investments in the city’s subway system also would help. As she put it, “Mass transit is always going to be the workhorse for New York.”

The transportation agency in Wyoming is testing connected and autonomous vehicles with funding from the U.S. Department of Transportation. The pilot program is aimed at improving safety across Interstate 80, a premier corridor. Wyoming is among the states testing autonomous cars and trucks in certain cities and along rural freight corridors. Experts argue mainstream deployment is decades away.

“There are many reasons why we are anticipating deployment of these innovative technologies,” William Panos, director of the Wyoming Department of Transportation, said in prepared remarks to the committee. “One is simply the outstanding capacity and innovative capabilities of many people in many companies. Others include consumer demand and the potential for increased safety, as human error is a factor in so many crashes.”

On June 19, the Federal Motor Carrier Safety Administration plans to host a listening session at the University of Michigan in Ann Arbor to gain input from the public and stakeholders about automated driving systems for trucks traveling on freight corridors.