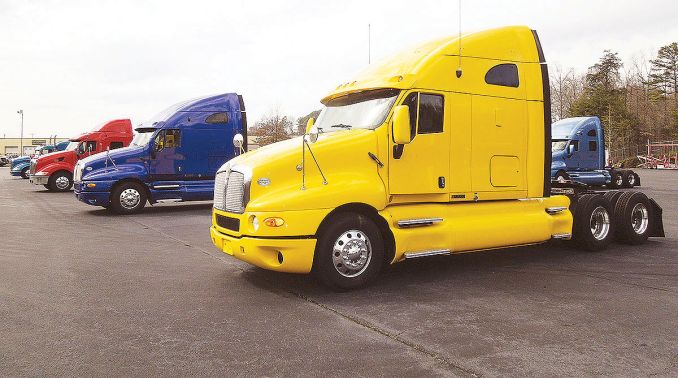 Used trucks sit on a sales lot. In November, estimated sales of used Class 8 vehicles reached 19,500, compared with 18,400 a year earlier, according to ACT. (Ameritruck)

The used truck market in November generated more demand and a higher average price for a Class 8 compared with a year earlier, ACT Research reported.

Estimated sales reached 19,500, compared with 18,400 a year earlier, according to ACT, which each month surveys a sample of dealers, wholesalers and auctioneers as well as a few large fleets to determine average price, age and mileage, and estimated industry volumes.

“The market was actually expected to be down this year ahead of COVID-19. So all the disruption it has thrown our way has actually been somewhat beneficial for the used truck side of the business,” Tam said. “Even ignoring the current situation, rising 6% [year-to-date] would be a good year. People would be happy with that.”

At the same time, he said November typically was the second-weakest month of the year, and sales fell sequentially from 21,500 in October. “We’ve had, in the three months running up to November, just some outstanding sales months. So the fact things need to take a breather for a minute is not surprising at all.”

“Pairing scarce or dwindling inventory with demand that is reasonably stable is definitely keeping upward pressure on pricing,” Tam said.

The lower mileage and younger age of a Class 8 supported the higher price.

Trucks that have been underutilized over the past year are “filtering” their way into the secondary market, he said.

“If they were kept parked, then the market would eventually have to look at the age piece of it,” Tam said.

Navistar International Corp.’s network of used truck centers and International-certified used truck dealers in the U.S. and Canada, for example, provides trade-in support to its dealers and national accounts group, and markets all makes and models of reconditioned used trucks to owner-operators and fleet buyers, according to the Lisle, Ill.-based company. 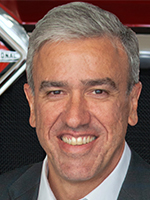 The average age of a Class 8 dropped to 6 years, 4 months, compared with 7 years, 1 month, a year earlier.

“So generally, November was a decent month, and a generally positive story,” Tam said. “The question that looms on the horizon is how long does the wave last. And COVID-19 will dictate the answer. But we certainly see [the rising used truck market] continuing through the first half of next year and, potentially, into the second half.”

Meanwhile, there continued to be a notable volume of model-year 2018 trucks with high mileage cycling through the auctions, said Chris Visser, commercial truck senior analyst at J.D. Power Valuation Services.

Many of those were likely Freightliner Cascadia models. Freightliner is a brand of Daimler Trucks North America and the market leader in U.S. retail sales, according to WardsAuto.com. 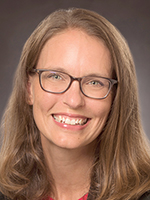 “We had about a 33% build rate of new Cascadias out of all Cascadias for that model-year 2018,”she said.

That year, the company built both its then-updated model and the outgoing model.