As Deliveries Grow in NYC, So Do Tensions With Tech 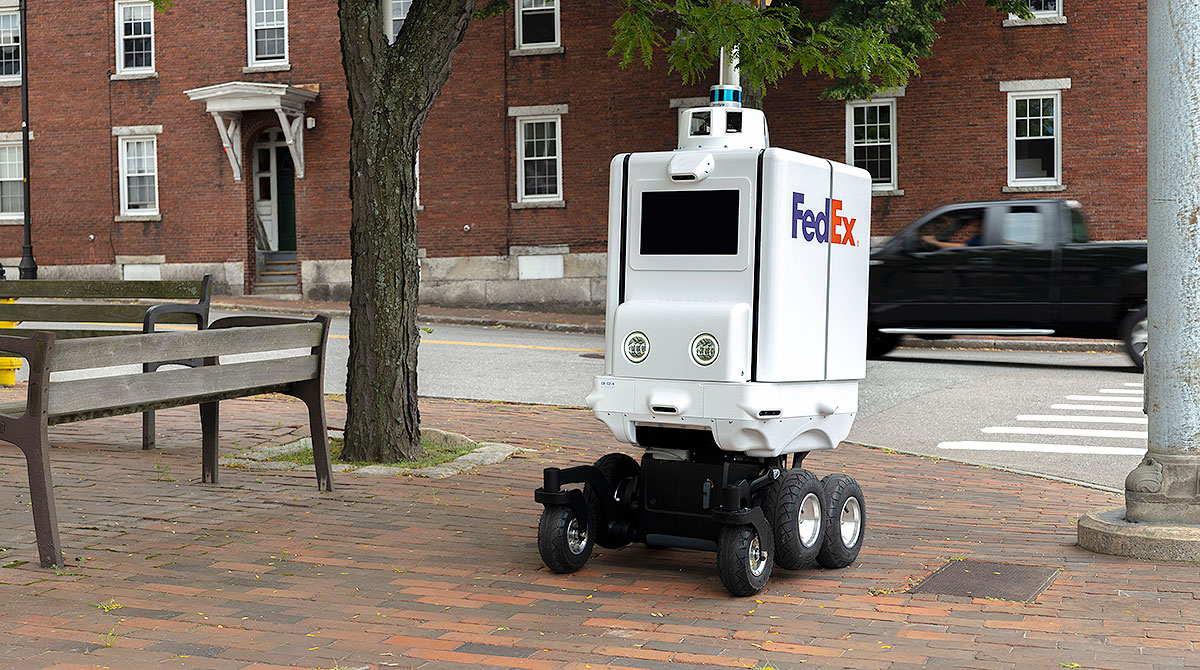 New York City Mayor Bill de Blasio dislikes autonomous delivery robots and he is not shy about saying so, even as the city’s planners and trucking officials work together on ways to deliver much more freight, driven by e-commerce, to the nation’s largest city.

The mayor became rankled by FedEx Corp.’s use of a delivery robot at a New York event and fired off a tweet:

“We didn’t grant permission for these to clog up our streets,” de Blasio tweeted Nov. 23. “If we see ANY of these bots, we’ll send them packing.”

First of all, @FedEx, never get a robot to do a New Yorker’s job. We have the finest workers in the world.

Second of all, we didn’t grant permission for these to clog up our streets. If we see ANY of these bots we’ll send them packing. https://t.co/XxJIrIW9vr — Mayor Bill de Blasio (@NYCMayor) November 23, 2019

De Blasio indicated he feared the robots would replace the city’s workers.

“First of all, FedEx, never get a robot to do a New Yorker’s job,” de Blasio tweeted. “We have the finest workers in the world.”

Reached at City Hall on Dec. 4, a spokesman for de Blasio said the mayor feels the streets are too crowded for robots.

“FedEx’s robots wouldn’t just undercut the jobs of hardworking New Yorkers, they would be a danger on our crowded streets,” said William Baskin-Gerwitz, a de Blasio spokesman. “We’re hopeful last month’s (event) was the end of this experiment, but we’re prepared to take further steps if FedEx were to bring them back onto our streets.”

The Twitter warning from de Blasio could be a larger sign that autonomous delivery robots and trucks have a long way to go before use on urban streets. One researcher of final-mile methods says she understands the trepidation about using robots on city streets and sidewalks.

“It’s off-putting and I get that,” said Amy Moore, a transportation research associate at Oak Ridge National Laboratory in Knoxville, Tenn.

Moore told Transport Topics that robotic final-mile and same-day delivery are very young technologies, and it will be a long time before carriers are ready to replace some of their delivery people with robots.

“They’ve just begun with development,” Moore said. “There is a cost-savings opportunity, but there really is a lot more work to be done.”

FedEx’s robot is designed for same-day deliveries of smaller items, such as pharmaceuticals.

But FedEx noted it wasn’t using the robot in a delivery capacity in New York.

“FedEx is not currently testing its SameDay Delivery Bot, Roxo, in New York City,” said Jonathan Lyons, a FedEx spokesman. “The Bot was visiting New York for a special event” in November.

“We believe autonomous technology can help supplement operational and service efficiency for our customers and our team members, and even help to create new job opportunities,” Lyons said.

It wasn’t the mayor’s first foray into robot policy. While running for president earlier this year, de Blasio said he wanted to slap a tax on robots. Writing in Wired.com on Sept. 5, de Blasio opined: “The scale of automation in our economy is increasing far faster than most people realize, and its impact on working people in America and across the world, unless corralled, will be devastating.” 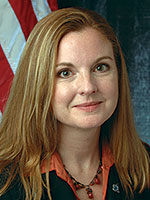 Kendra Hems, president of the Trucking Association of New York, said New York City is working with the association to cut down on freight-related congestion, and to come up with alternatives such as bicycle-driven cargo.

Complicating the matter is an expected 68% growth rate in freight movement in the city by 2045, Hems said. Driven by e-commerce, freight will be pushed in greater volume and more quickly through the city of at least 8.4 million people, she said. That makes final-mile innovations all the more important, she said.

“To say (robots) are a nonstarter is incredibly shortsighted,” Hems said.

Moore said kinks to be worked out include robots’ interaction with traffic, both on the streets and on sidewalks. Moore said she understands why many city planners fear the addition of robots to those sidewalks and streets.