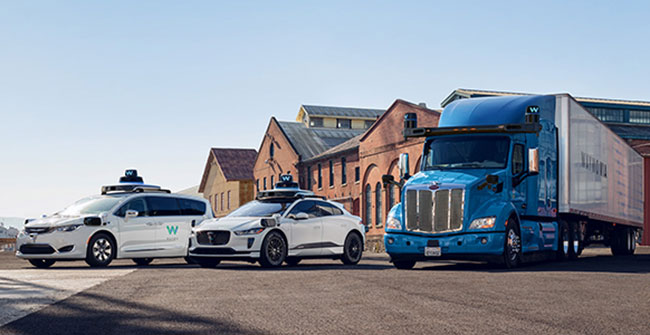 Engineers at Daimler Truck North America modified the company’s flagship Cascadia model to create a Class 8 vehicle platform with backup systems necessary to ensure safety with no driver onboard.

The forthcoming deployment of those vehicles in Waymo’s test fleet is the result of an ongoing collaboration between the technology developer and the truck manufacturer. The companies first announced that partnership in August 2020. 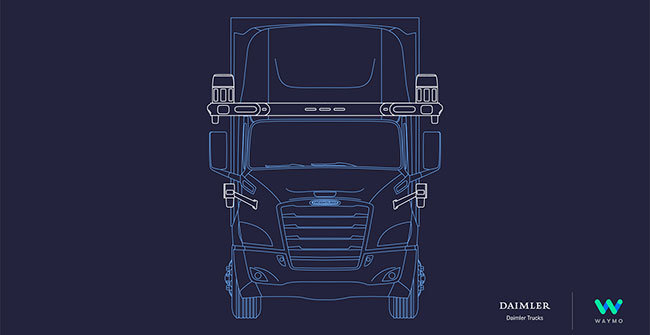 Boris Sofman, Waymo’s head of engineering for trucking, hailed the introduction of these “Level 4-capable” Cascadias as an important milestone in the development of autonomous trucks.

“We will be putting the first batch of these trucks into autonomous testing on public freeways in the upcoming weeks across Dallas and Phoenix,” Sofman said during an Aug. 23 press briefing.

Waymo’s test fleet is paving the way for Class 8 trucks capable of SAE Level 4 automated driving, where the vehicle can operate autonomously without relying on a human driver as a fallback — at least on specific routes and under certain conditions.

Jason DiGrande, engineering lead for Waymo’s OEM program, highlighted the collaboration between the engineering teams at Waymo and DTNA.

The partnership combines with Waymo’s autonomous driving software and sensors with Daimler’s truck manufacturing expertise and product testing and validation, he said. “It fuses together what we’re good at as well as what Daimler is good at.”

Suman Narayanan, DTNA’s director of engineering, outlined a variety of systems added to the vehicle to support Level 4 operation.

Together, those systems are designed to enable an unmanned, fully autonomous truck to perform a “minimum risk maneuver” to bring the vehicle to a safe state in the event of a critical fault.

Additional safety and cybersecurity processes also were built into the design.

“We’re building this vehicle platform so that it’ll seamlessly integrate into the Daimler Truck sales and service network, which is the backbone for our customers today,” Narayanan said. “We are developing these systems to be agnostic to the autonomous driving system and also to the propulsion system.”

Separately from its partnership with Waymo, DTNA also is working with its independent subsidiary Torc Robotics to develop Level 4 autonomous trucks.

Today, Waymo owns and operates its own fleet of self-driving Cascadia trucks, which it is testing on public roads with safety drivers behind the wheel. As the Google sister company readies its technology for fully autonomous operation and commercial deployment in the years ahead, it envisions fleet customers purchasing trucks equipped with the Waymo Driver directly from DTNA.

As part of its ongoing testing and development efforts, Waymo also has partnered with carriers such as J.B. Hunt and freight brokers C.H. Robinson and Uber Freight, along with a maintenance support agreement with Ryder System.