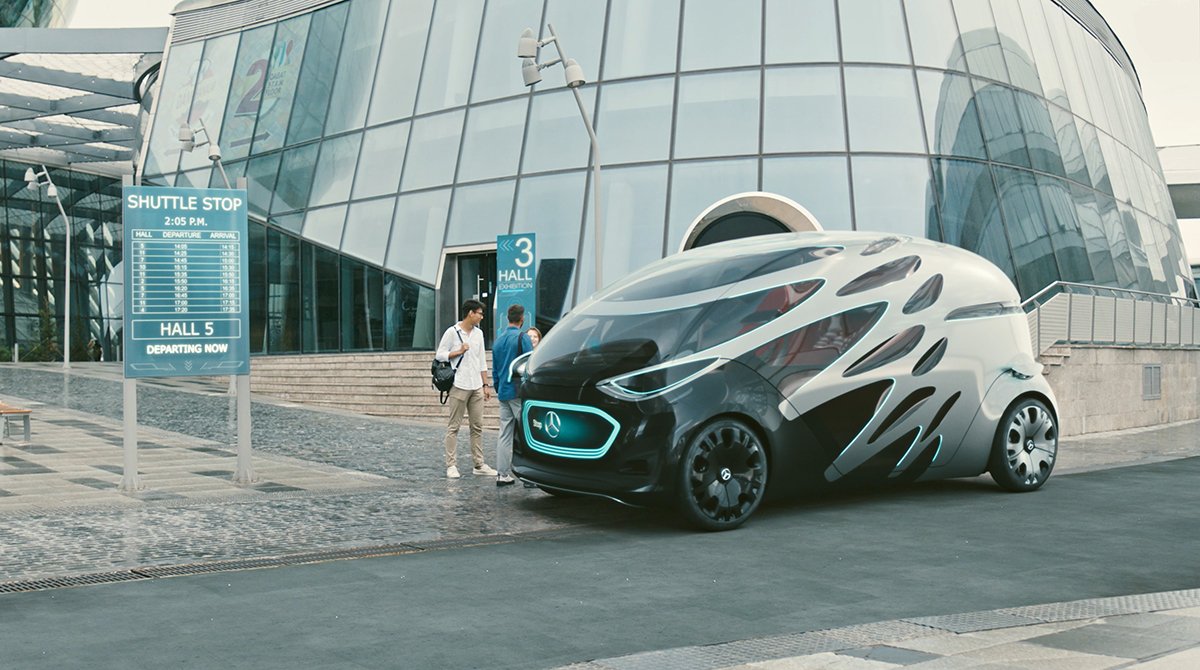 Daimler AG is developing an autonomous electric vehicle that can toggle between a people carrier and a delivery van as the German manufacturer seeks an edge over rivals such as Alphabet Inc.’s Waymo and Deutsche Post AG in shaping the future of mobility.

The Mercedes-Benz maker’s concept consists of a chassis with two “modules” — an egg-shaped minibus that can seat as many as 12 and a cargo version that can be switched in less than two minutes. The approach is designed to meet the needs of logistics companies and public-transport operators that are short of drivers and want to use their electric vehicles more efficiently, Daimler said in a press release Sept. 10.

The “Vision Urbanetic” vehicles will be linked to an integrated IT system and be able to analyze mobility needs, adapt routes and avoid traffic jams, the company said. The goal is also to cut emissions in polluted city centers.

“Our new concept underlines that we don’t want to wait and see what happens next; we want to start the phase of autonomous driving quickly,” Mercedes vans division head Volker Mornhinweg said at a preview for reporters. A timeline for a potential rollout will be published during the IAA commercial vehicles trade show in Hanover, Germany, starting Sept. 20, he added. 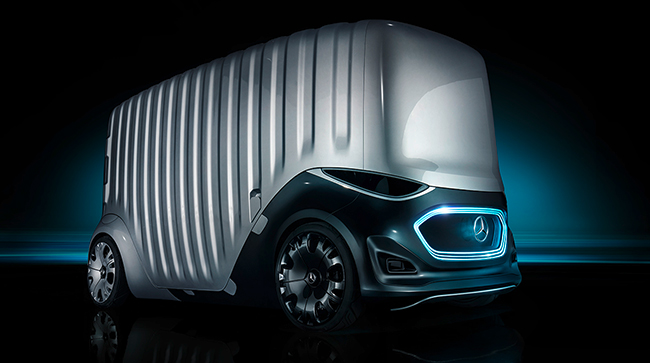 As the technology around autonomous driving advances, carmakers are racing to transform themselves from old-school manufacturers into mobility companies. Together with Robert Bosch GmbH, the biggest car-component supplier, Daimler will test an autonomous shuttle service in California starting next year with the aim of putting “robo taxis” on the road in 2023.

Daimler’s new twin-purpose vehicle adds to its collection of mobility services, including car and van sharing, the Mytaxi ride-hailing service and moovel, an app that helps users find the quickest mode of transportation to their destination.

The cargo version would compete with Deutsche Post’s StreetScooter. The Bonn-based mail and logistics company plans to operate only battery-powered vans and bicycles, and is looking to sell StreetScooter products to customers such as bakeries and airports. Ford Motor Co. cooperates with Deutsche Post on electric vans and has said it is ready to help sell the bare-bones vehicles on a global scale.