Daimler to Pay $2.2 Billion to Settle US Diesel Issues 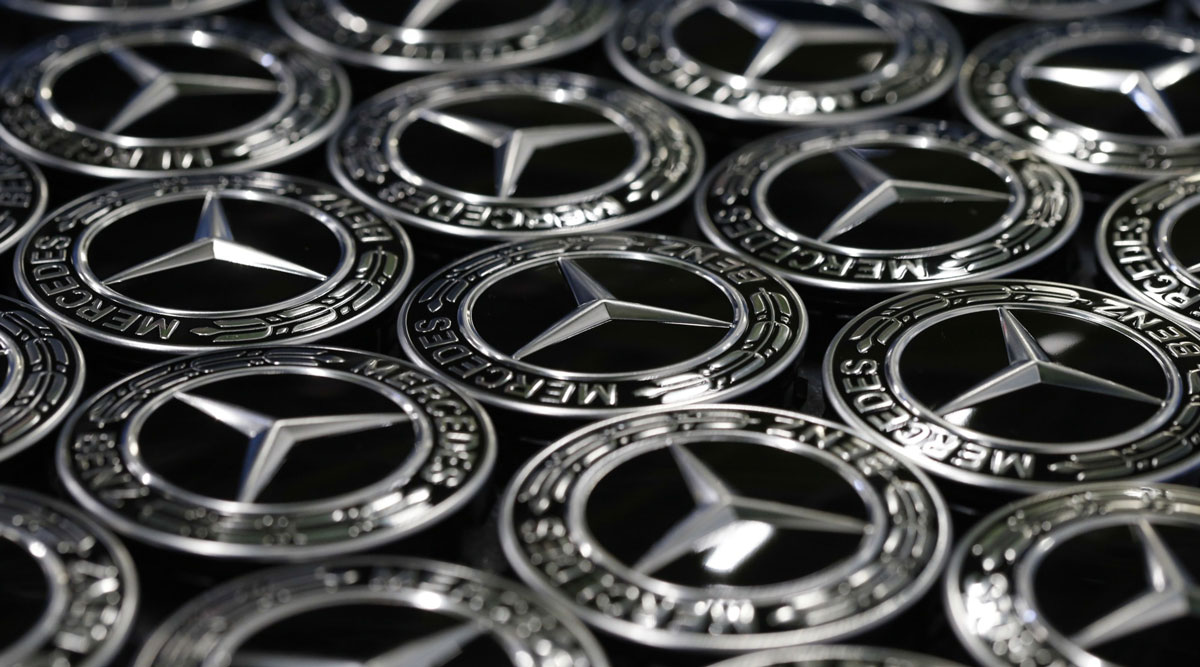 Mercedes-Benz trident logo decal badges sit on a tray on the assembly line at the automaker's factory in Germany, operated by Daimler AG. (Michaela Handrek-Rehle/Bloomberg News)

Daimler AG will pay about $2.2 billion to settle U.S. diesel-emissions issues in the latest fallout from years of closer regulatory scrutiny on vehicle pollution.

An agreement in principle with authorities including the U.S. Justice Department and Environmental Protection Agency will cost the German automaker roughly 1.27 billion euros ($1.5 billion), according to a statement. The Stuttgart-based company will pay another 592 million euros to settle class-action litigation brought by consumers.

“While this hopefully resolves this issue and allows the company to focus on other pressing challenges, it is a reminder that other stakeholders are likely to receive the majority of Daimler’s cash flow in the period 2020-23 irrespective of underlying performance,” Citigroup Inc. analyst Angus Tweedie said in a note.

The pacts resolve issues that arose when U.S. regulators stepped up their examination of diesel emissions after Volkswagen AG’s cheating scandal emerged in 2015. The Justice Department asked Daimler to investigate its vehicle-certification process the following year.

Although the costs add to Daimler’s financial headwinds triggered by the COVID-19 pandemic, the amounts are relatively small compared with the larger-scale emissions violations that have cost VW more than 30 billion euros. Daimler says it fully cooperated with U.S. authorities, whereas VW officials lied to EPA and California regulators before admitting the company created devices to defeat emissions tests.

Daimler’s issues also involve fewer vehicles. Its agreement with U.S. authorities covers civil and environmental claims related to the emission-control systems of about 250,000 cars and vans. VW admitted in 2015 to rigging as many as 11 million diesel engines worldwide, including roughly 600,000 in the U.S.

The auto industry is still far from out of the woods with U.S. regulators.

Daimler expects to incur hundreds of millions of euros in additional expenses related to fulfilling the requirements of its settlements and said the costs will impact its business for the next three years.

The company warned in its annual report published in February that German motor industry watchdog KBA is likely to rule that additional vehicles are equipped with defeat devices. Daimler boosted provisions for legal and regulatory costs as a result.

In its statement, Daimler said it has made sufficient provisions for the cost of the U.S. settlements. In the coming weeks, authorities will file consent decrees with a U.S. district court for final approval.

A spokesperson for the California Air Resources Board, one of the authorities involved in the settlements, said the consent decree is expected to be filed in mid-September. Representatives for the Justice Department and EPA declined to comment.