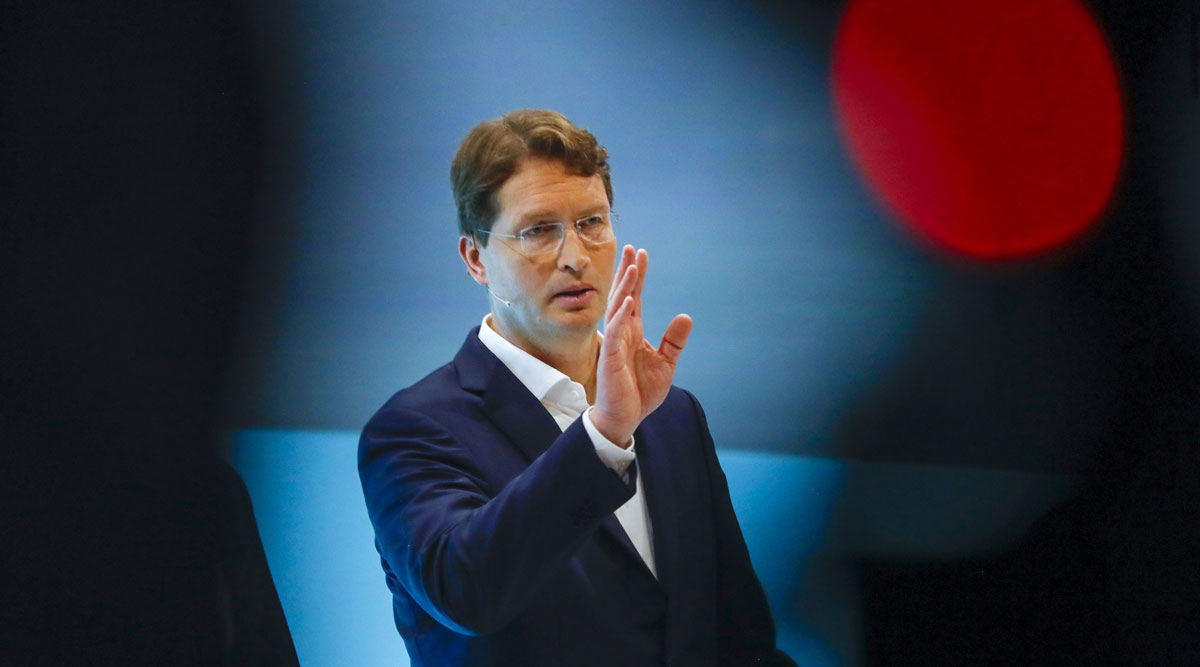 Daimler AG CEO Ola Kallenius will widen cost cuts to shore up returns, even as the German manufacturer signaled demand for cars and trucks has started to recover from the most dramatic slump in decades.

Mercedes-Benz deliveries in China climbed to a record in the second quarter, truck orders are picking up and global car retail sales in June rose compared to the prior year, Daimler said July 8 at its annual shareholders meeting. Still, the company will lose money in the second quarter after the coronavirus jolted markets and it started to implement “thousands” of efficiency measures, Kallenius said.

“Our previous efficiency goals covered the upcoming transformation, but not a global recession,” Kallenius said in a prepared speech that acknowledged the company’s results even before the virus crisis had fallen short of Daimler’s potential. “Daimler can do better, and we are determined to deliver.”

Kallenius, who took over Daimler’s top job in May 2019, has warned that the global auto industry faces a fundamental transformation to overcome the economic fallout from the pandemic and navigate a seismic shift toward electric vehicles. While Daimler, Volkswagen AG and BMW AG have been hit hard by the virus outbreak, electric-car leader Tesla Inc. shrugged off the slump to become the world’s most valuable automaker this month.

Daimler will offer five electric models and more than 20 plug-in hybrids by year-end, Kallenius said. But he reiterated meeting stricter European emission rules in 2020 and 2021 will still be “challenging.”

Mercedes-Benz will unveil the compact EQA electric car later this year, he said. The company is also developing a fresh version of the flagship Mercedes-Benz S-Class sedan, a key profit contributor, which will be flanked by an electric sibling dubbed EQS next year that offers a battery range of more than 700 kilometers (435 miles).

Chief Financial Officer Harald Wilhelm pledged Daimler will focus more on profitability to safeguard investments in future technology, which requires sweeping efforts to trim expenses across the organization. The goal is to achieve a “significant cost reduction” compared to 2019, he said.

Investors asked a broad range of critical questions centered on Daimler’s strategy to navigate current market gyrations and address persistent legal risks related to diesel cars. A string of profit warnings — several of which predated COVID-19 — have exposed misguided investments and the vulnerability of Daimler’s business, Deka Investment GmbH said ahead of the gathering.

“We look back at a lost year for Daimler,” Ingo Speich, Deka’s head of sustainability and corporate governance, said in prepared remarks. While Speich supports the focus on cost cutting and cash generation, he said Kallenius carries some responsibility for Daimler’s woes because he served as development chief under his predecessor, Dieter Zetsche.

Daimler is hoping for a sustained rebound in China, its largest market, where premium brands such as Mercedes-Benz and BMW have emerged from the slump quicker than mass-market nameplates, helped by demand from wealthier consumers.

But the exact shape of the recovery there remains unclear. Car sales in China retreated in June following a rare increase the previous month, signaling the world’s biggest auto market is facing a bumpy recovery from a two-year slump worsened by the pandemic.

Daimler shares have declined 24% this year, giving the Stuttgart-based manufacturer a market capitalization of about 40 billion euros, less than a fifth of Tesla’s valuation.

Tesla sells about 10 times as many electric cars as Daimler.

Deka holds about 5.4 million Daimler shares, a roughly 0.5% stake, according to data compiled by Bloomberg. Daimler’s largest investor is Chinese billionaire Li Shufu with a 9.7% holding, followed by the emirate of Kuwait with 6.8% and the automaker’s joint-venture partner in China, BAIC Motor Group, at 5%.