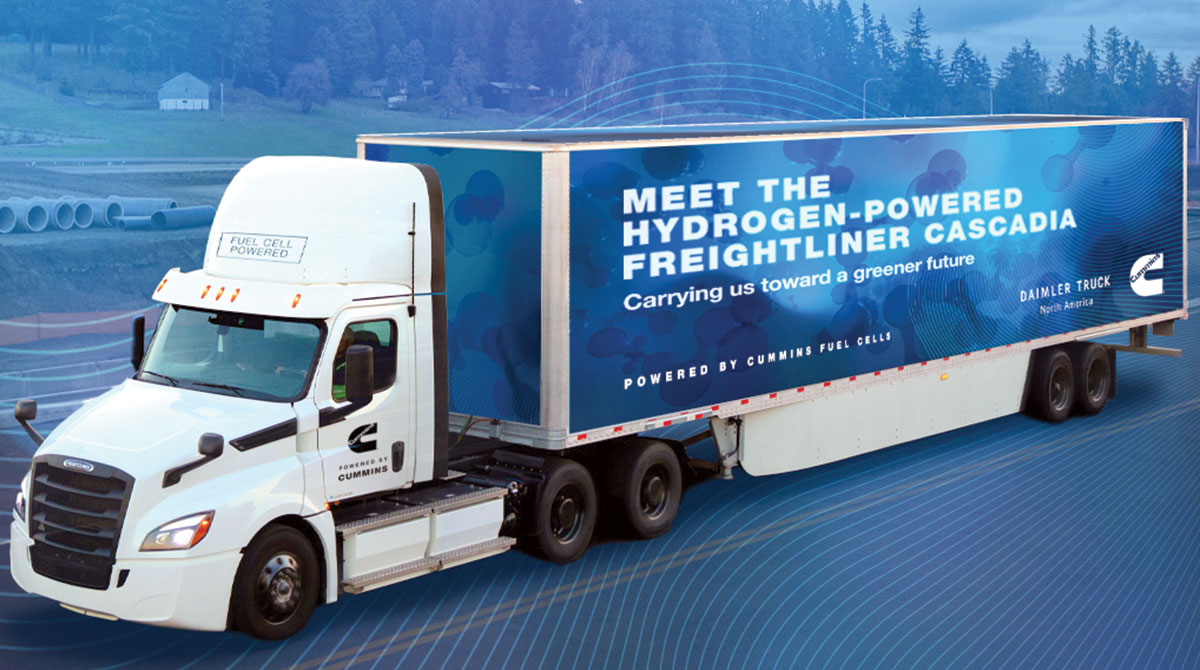 Units will be available by 2024 for select customers, he said.

Linebarger was the final keynote speaker at ACT Expo 2022, which drew a record 8,500 registrants and 200 exhibitors in its 11th year here. (Next year it moves to the much larger Anaheim Convention Center, 15 miles down the road.)

As he announced the collaboration with Freightliner, applause broke out in the crowded main ballroom. “Freightliner has an amazing electric chassis we are going to be able to put this fuel cell in,” Linebarger said. “It’s going to be our Gen 4 fuel cell. I’m really excited about that. We have a similar partnership in Europe with Scania (a brand of Traton, a subsidiary of Volkswagen Group). So we are on the move with actual product.”

In the deal with Scania, Cummins reported it is providing an initial 20 proton exchange membrane fuel cell systems to be integrated into Scania’s existing battery-electric vehicle platform. 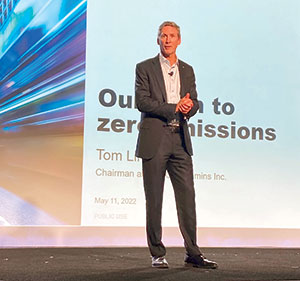 Hydrogen’s viability as an alternative power fuel is due to its energy density and flexible use, Cummins said at the time. It allows for longer driving ranges, heavier payloads, and shorter refueling times compared with battery recharging. And when hydrogen fuel is generated using renewable energy sources including solar, wind and hydropower, it is carbon-free.

Linebarger did not say if the arrangement with Freightliner was an exclusive relationship, but Cummins offers medium- and heavy-duty internal combustion engines to essentially all truck makers.

In February 2021, though, Daimler Truck AG and Cummins announced a global partnership for medium-duty diesel engine development and production, and were considering other potential collaborations.

Cummins planned to establish an engine plant at the Mercedes-Benz factory in Mannheim, Germany, to produce medium-duty engines compliant with the Euro VII emissions standard beginning in the second half of the decade.

During his ACT Expo presentation, Linebarger said Cummins spent $1.1 billion on research and development in 2021, nearly doubling its previous budget. “We are spending a lot of money, and most of [it] is for our decarbonization strategy.”

He said that 90%-plus of the company’s carbon footprint is its products.

“Cummins engines are a measurable part of carbon in the atmosphere,” he said. “So to say we have a role to play would be [an] understatement. We have to do things proactively to change the calculus or we have very, very difficult explaining to do. The existential crisis of my time is solving climate change.”

He added he did not want to be the one standing around and explaining to his granddaughter why he did nothing while the planet got hotter.