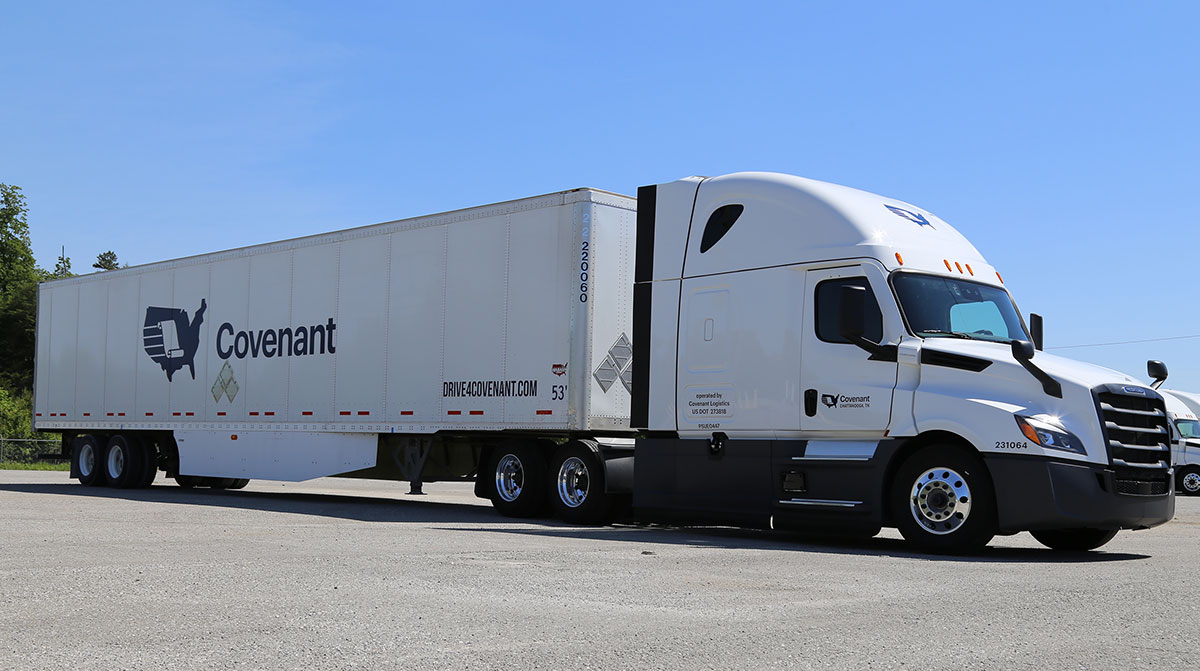 Covenant produced record adjusted earnings per share for any third quarter in its history, according to President Joey Hogan. (Covenant Logistics Group)

The results easily surpassed Wall Street expectations. Analysts had been looking for $1.37 per share and quarterly revenue of $296 million, according to Zacks Consensus Estimate.

“Despite the challenges of a negative GDP growth, overstocked inventories and industrywide overcapacity that have increased over recent months, combined with major inflationary pressures, we remain grateful to our teammates for producing record adjusted earnings per share for any third quarter in our history,” Covenant President Joey Hogan said during a call with investors. 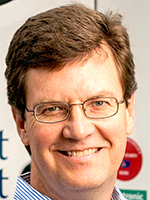 Hogan added that, on a consolidated basis, adjusted net income and adjusted earnings per share were up because of revenue growth, flat adjusted operating margins and a 12% reduction in diluted share count resulting from ongoing share repurchases.

“On the truck side, we were pleased with how our utilization and rates held sequentially from the second quarter, but the impact of delayed deliveries of new equipment and escalating costs of parts, maintenance and other line items compressed our margins in the quarter,” Hogan said. “Our managed freight group did a great job in holding margin despite reductions in overflow freight from the truck side, and our warehouse team withstood cost headwinds.”

Covenant Logistics completed its acquisition of AAT Carriers Inc. on Feb. 9. Hogan noted the carrier operates in a less economically sensitive market. Its contributions alongside dedicated and stock repurchases provided most of the improved earnings per share despite a weakening market.

“Our warehouse revenue stream has accelerated due to the impact of three startups for the year, receiving the full revenue impact in the third quarter,” said Paul Bunn, senior executive vice president and chief operating officer. “We expect startup costs and unoccupied lease costs to decline in the fourth quarter, improving our margin.”

Bunn added the asset-light operations remain a priority for growth. The focus will be on talent acquisition and technology enhancements. He also noted that the expedited division was 34% of consolidated freight revenue and 48% of adjusted operating profit in the quarter. It grew its revenue 26% versus the year-ago quarter due to strong revenue per truck per week improvements and fleet growth.

The truckload operating segments saw total revenue for Q3 increase 25.2% to $211.2 million from $168.8 million during the prior-year quarter. Operating income soared 381% to $50.1 million from $10.4 million. This growth was supported by an improved operating ratio as well as improvements in average freight revenue per total mile and average miles per tractor per period. Truckload operating segments include expedited and dedicated.

Expedited segment revenue increased 38.1% to $117.8 million from $85.3 million. Operating income jumped 177% to $30.7 million from $11.1 million last year. Average total tractors increased by 9.6% to 913 from 833 in the prior-year quarter. The increase in tractors was attributable to the AAT acquisition and the increased ability to recruit drivers.

Managed freight segment revenue decreased 13% to $78.4 million from $90.1 million. Operating revenue decreased 7% to $8.61 million from $9.25 million. The reduced revenue is attributable to reduced volumes of overflow freight from both expedited and dedicated truckload operations despite margin improvements. Covenant Logistics anticipates the revenue and operating income attributable to overflow freight to continue to decline with the softening freight market.

Warehousing saw revenue increase 40.5% to $21.8 million from $15.5 million. Operating income decreased 11.5% to $378,000 from $427,000 last year. This primarily was driven by the year-over-year impact of new customers. Operating income declined in profitability because of temporary incremental costs associated with new startup business and the costs of securing additional unoccupied leased space.