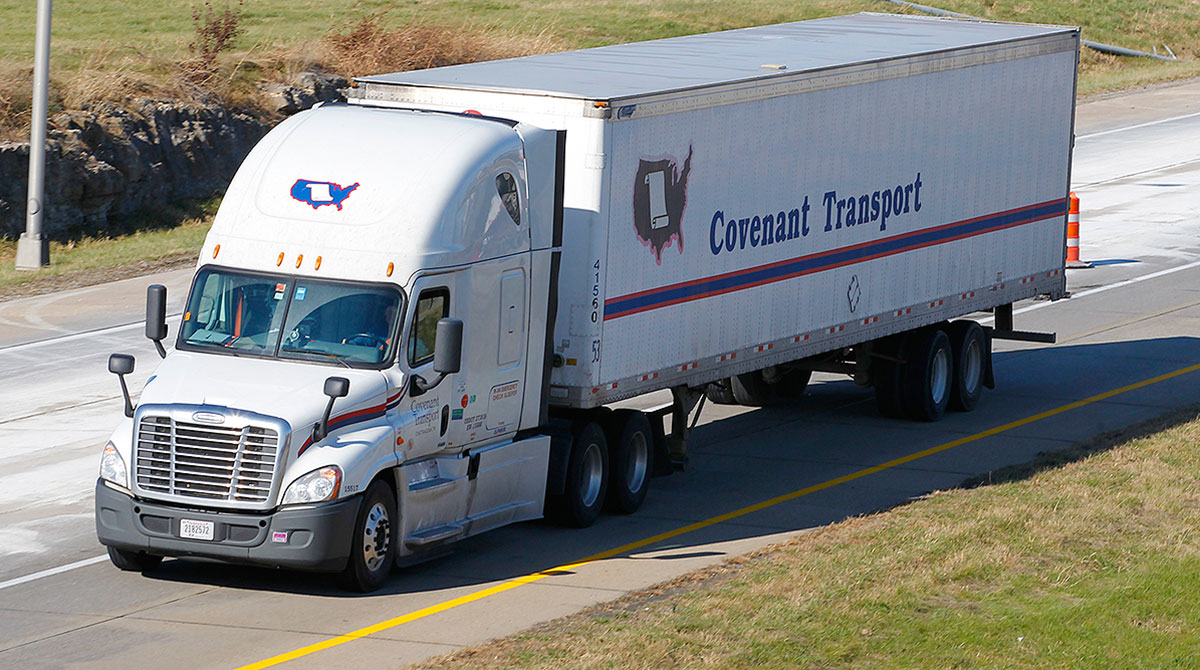 “The small acquisition we made in the first quarter plus the continued pursuit of investing in our undervalued company stock contributed nicely to the improved results versus year ago,” Covenant President Joey Hogan said during a call with investors. “Despite the murky economic outlook, we are bullish on Covenant.”

Hogan highlighted a few key takeaways from the quarter:

The results surpassed Wall Street analysts’ expectations of $1.36 per share and revenue of $288.8 million, according to Zacks Consensus Estimate.

“As we have discussed in the past few quarters, the managed freight revenue growth versus year ago is beginning to cool as the market softens and surge demand recedes,” Paul Bunn, senior executive vice president and chief operating officer at Covenant, said during the call. “However, the net revenue margin continues to be strong, we have an active pipeline for new business. By the end of the third quarter, our warehouse team will have set up three startups for the year, primarily in the second quarter. We will focus the remainder of the year on maximizing the revenue and margin opportunities and to grow income. The asset-light route remains a priority for growth, focused on talent acquisition and technology enhancements.”

The managed freight segment reported that revenue increased 12.1% to $80.3 million from $71.6 million during the same time last year. Operating income increased 17.9% to $8.6 million from $7.3 million. The results were primarily attributable to handling overflow freight from both expedited and dedicated truckload operations, growth in revenue per load and purchasing of new capacity.

The warehousing segment saw revenue increase 20.1% to $18.4 million from $15.3 million last year. Operating income decreased 23.2% to $754,000 from $982,000. The increase in revenue was primarily driven by the year-over-year impact of new customer business and rate increases with existing customers. The year-over-year decline in profitability with this segment is largely attributable to incurring temporary incremental costs associated with new startup business and a constrained labor market.

Cowen and Co. said the company posted an impressive top and bottom line beat well above its forecast. This was driven by robust pricing, aggressive buybacks and contributions from the recent acquisition of AAT Carriers. The investment bank and financial services company pointed to the expedited division as leading the charge.

“On the demand side, management struck a fine balance, noting that seasonal trends will impact July volumes,” Cowen analyst Jason Seidl wrote in a report. “Contract pricing should remain flat in [the second half] as customers have not yet come back for rate changes. Management stated that trough earnings should look 25%-30% below peak — slightly better than our 2023 assumptions.”

Covenant Logistics Group ranks No. 40 on the Transport Topics Top 100 list of the largest for-hire carriers in North America.