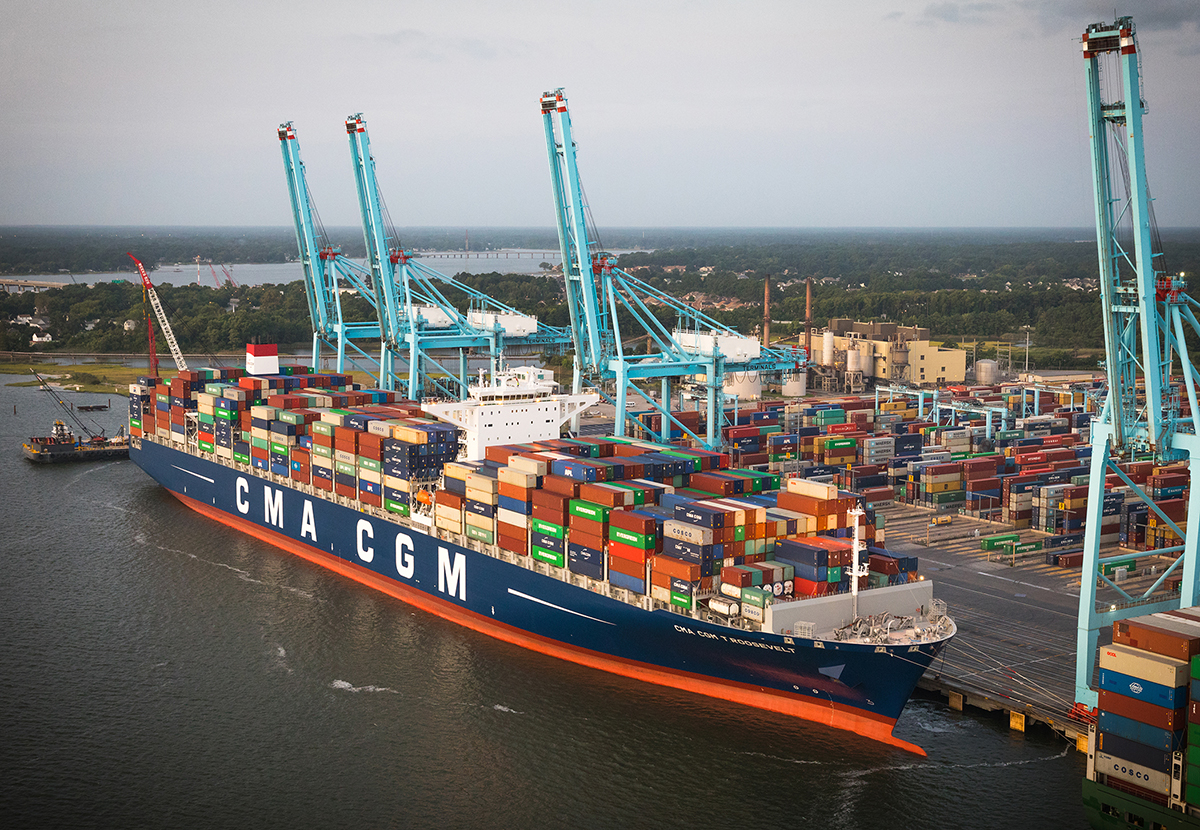 The Port of New York and New Jersey will receive its first Neopanamax vessel from the Asia to U.S. South Atlantic Express Service on Sept. 7 when the CMA CGM Theodore Roosevelt arrives.

The weekly service has brought the containerships capable of handling 14,000-plus industry-standard 20-foot-equivalent containers, or TEUs, to Virginia, South Carolina and Georgia since the spring. But the Theodore Roosevelt will be first to stop in New York-New Jersey through the newly raised Bayonne Bridge.

The containership left Asia on July 26 and called in Norfolk, Va., on Aug. 28.

“This New York-New Jersey port call has been organized specifically to celebrate the new Bayonne Bridge. CMA CGM is demonstrating its support of the investment to improve access and infrastructure at the nation’s third-busiest port complex. The elevated bridge and deepened channel will lead to a new era of larger containership visits,” according to the steamship line in its statement.

With a capacity of 14,414 TEUs and a length of 1,200 feet, the CMA CGM Theodore Roosevelt is four times larger than the Statue of Liberty and four times longer than a football field.

“[Theodore Roosevelt] is an extraordinary individual and leader, and a historic symbol of both New York City and the nation,” CMA CGM Chief Executive Officer Jacques R. Saadé said.