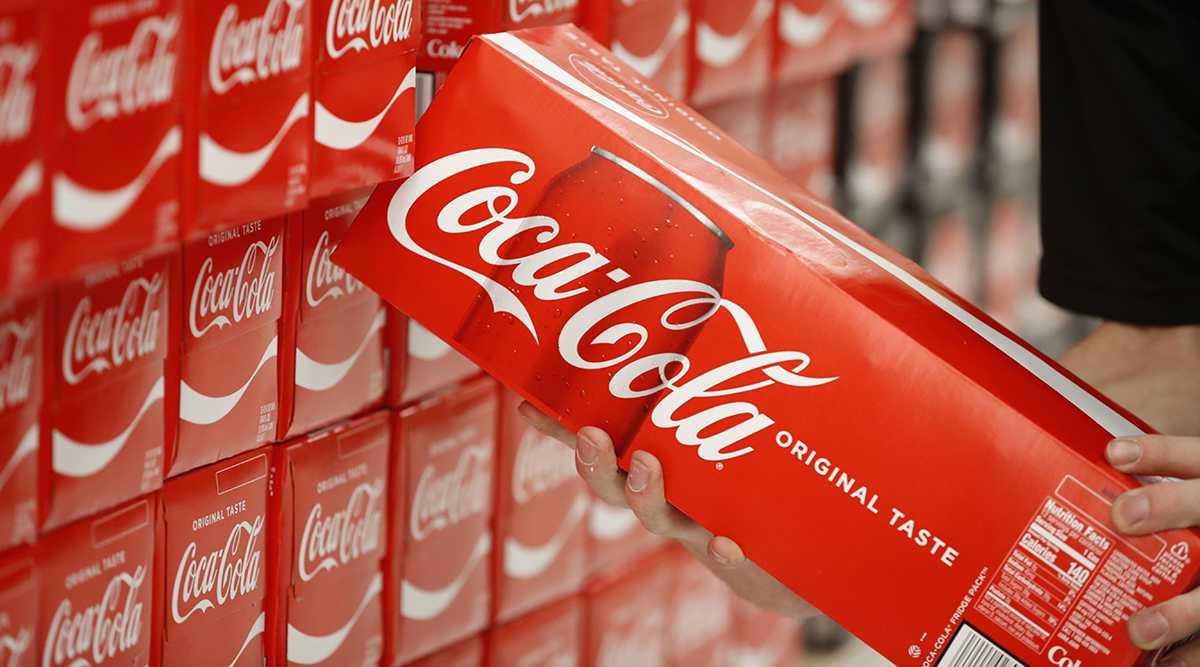 A worker restocks a display of Coca-Cola Co. soft drinks at a store in Orem, Utah. (George Frey/Bloomberg News)

The cost of shipping stuff in containers has gotten so out of hand that Coca-Cola Co. is switching its cargoes to vessels that are normally only used by industrial commodity traders to help keep its business running.

In normal times, the company transports materials around the world in the same 20-foot steel boxes that haul everything from toys to bicycles. With those markets booming and capacity constrained, it has instead chosen to use three so-called bulk carriers — normally used by commodity traders to haul products like coal and iron ore — to transport 60,000 tons of cargo, Alan Smith, the company’s procurement director, said on a LinkedIn post.

“When you can’t get containers or space due to the current ocean freight crisis, then we had to think outside the box,” Smith said.

The big advantage of using containers is that they are part of a well-established logistics chain that gets goods efficiently from where they are made to where they are used. Bulkers may be cheaper, but they can be less convenient because the cargoes have to get moved to and from ports.

To give a sense of what Coca-Cola and many multinationals are contending with, it now costs $14,558 per 40-foot-equivalent box to move goods to Rotterdam from Shanghai, according to data from Drewry Shipping. Prices this year have surged to multiples higher than anything observed over at least the past decade.

The cargoes that Coca-Cola switched would normally have filled 2,800 20-foot-equivalent steel boxes. The switching is “the first of many we hope over the coming months and a prime example of excellent collaboration between our procurement teams, our supply chain partners and our suppliers,” he said.

So tight is the container freight market that there has even been demand for some bulkers — so-called because they move cargoes in bulk and not in individualized boxes — to move boxes on their decks.

Unfortunately for the companies hiring vessels, even dry-bulk freight is now booming too. The Baltic Dry Index, an overall measure of the cost of hiring such vessels, soared to a 13-year high of 5,409 points on Oct. 5, according to the Baltic Exchange in London.

If that continues — and some say it may — one workaround for the container crisis may start to lose some of its allure.

Coca-Cola Bottling Co. United ranks No. 16 on the Transport Topics Top 100 list of the largest private carriers in North America, and No. 2 among the top beverage carriers.