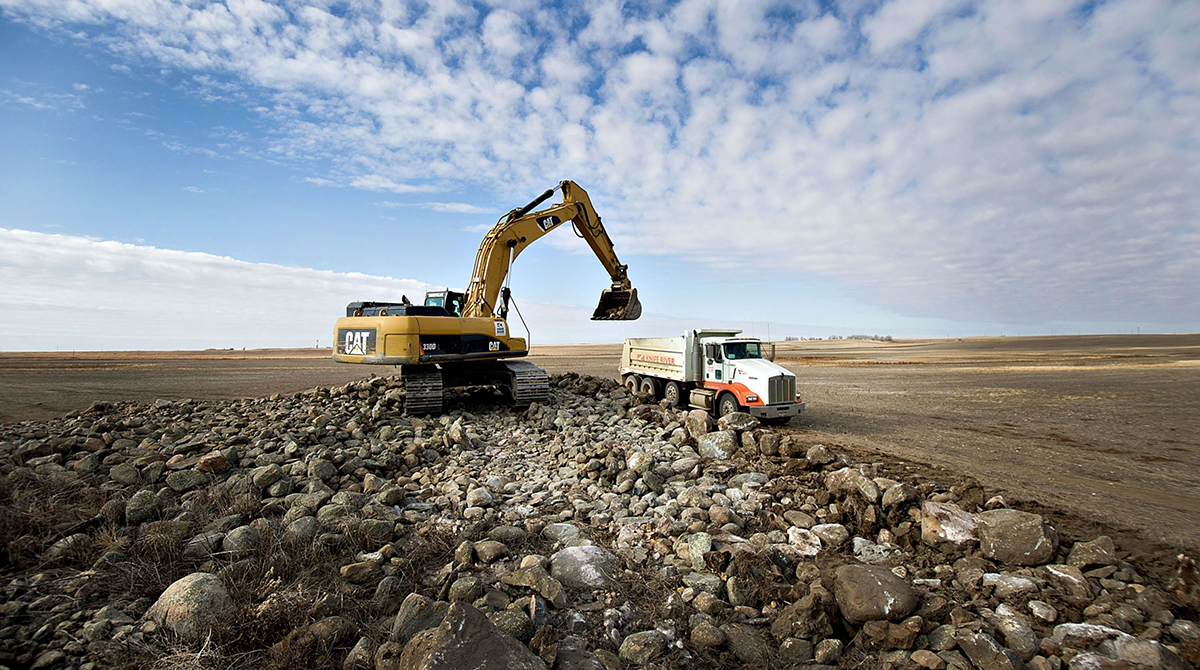 Earmarks are legislative provisions that allow lawmakers to specify the amount of funding for a specific project. They were banned in Congress about a decade ago amid controversy, but when in use lawmakers would earmark federal funds for specific projects in their districts, sometimes bypassing debate in committees that held jurisdiction over the project.

Democratic leadership in the U.S. House of Representatives recently endorsed earmarks. The process could restart as early as this spring in an effort to direct funding for certain projects and programs.

Industry groups told Transport Topics that earmarks could serve as a tool to facilitate adoption of either a sweeping infrastructure measure or a multiyear highway policy bill.

“If done openly and transparently, earmarked projects give members of Congress more incentive to take a bipartisan and constructive role in shaping an infrastructure bill,” said American Trucking Associations executive vice president of advocacy Bill Sullivan. “In this partisan time, we are encouraged that committee leadership is considering tools to expand bipartisan solutions as they work to address our nation’s crumbling infrastructure.”

“As long as the process is transparent and supported by state and local chambers and other leaders, it can be a positive tool to gain additional support in enacting an infrastructure modernization bill into law this year,” added Ed Mortimer, vice president of transportation infrastructure at the U.S. Chamber of Commerce. “Ultimately this is a decision that is left to Congress, but we do believe members of Congress know their districts and should have an ability to assist the funding of much-needed projects in a transparent way.”

The White House and the leadership on Capitol Hill indicated they intend to consider improvements to the nation’s mobility grid this year. Democrats plan to adopt climate change provisions and myriad updates to renewable energy policies.

House Transportation and Infrastructure Committee Chairman Peter DeFazio (D-Ore.) on March 3 announced he plans to consider requests for highway and transit project designations during the consideration of a major highway policy bill. The bill would update the country’s premier highway law, which expires in September.

Congressional leaders outlined what they called a transparent process for requesting earmarks. For instance, lawmakers must present sources of funding for the cost of the project beyond the amount requested. They also must provide letters of support from nonfederal agencies, and certify their spouses, and other family members do not have a financial interest. Additionally, lawmakers must show documents announcing the status of environmental reviews and whether the project has been backed by federal funds.

“The discretion to fund projects should not be reserved for state or federal bureaucrats. Elected representatives know the infrastructure needs of their district and should be allowed to identify projects and advocate on behalf of their constituents in legislation,” said DeFazio.

“Infrastructure projects members of Congress identify after consultation with local officials often are urgent and need local priority,” added Del. Eleanor Holmes Norton (D-D.C.), chairwoman of the Highways and Transit Subcommittee. “We have surrounded our new process with the transparency to assure projects meet federal and local standards.”

The panel’s Republican leaders have not issued an endorsement of the earmarks process.

The House transportation committee has scheduled a hearing on April 14 to review proposals from lawmakers.

Meanwhile, critics of congressional earmarks warn of the potential for corruption. Thomas Schatz, president of Citizens Against Government Waste, told Transport Topics that Democrats have tapped into the “most costly, corrupt and inequitable practice in the history of Congress.” Prior to Congress’ earmark ban, his group and other government watchdogs noted instances where lawmakers had earmarked millions of dollars for projects deemed excessive.

“As we’ve seen, these earmarks go disproportionately to members of the transportation committee for the transportation funding; members of the appropriations committees for the appropriations funding and [congressional] leadership,” Schatz argued. “To say that earmarks are always needed or have been needed is just wrong. It’s all about the power that it gives to the committees that are allowing earmarks.”