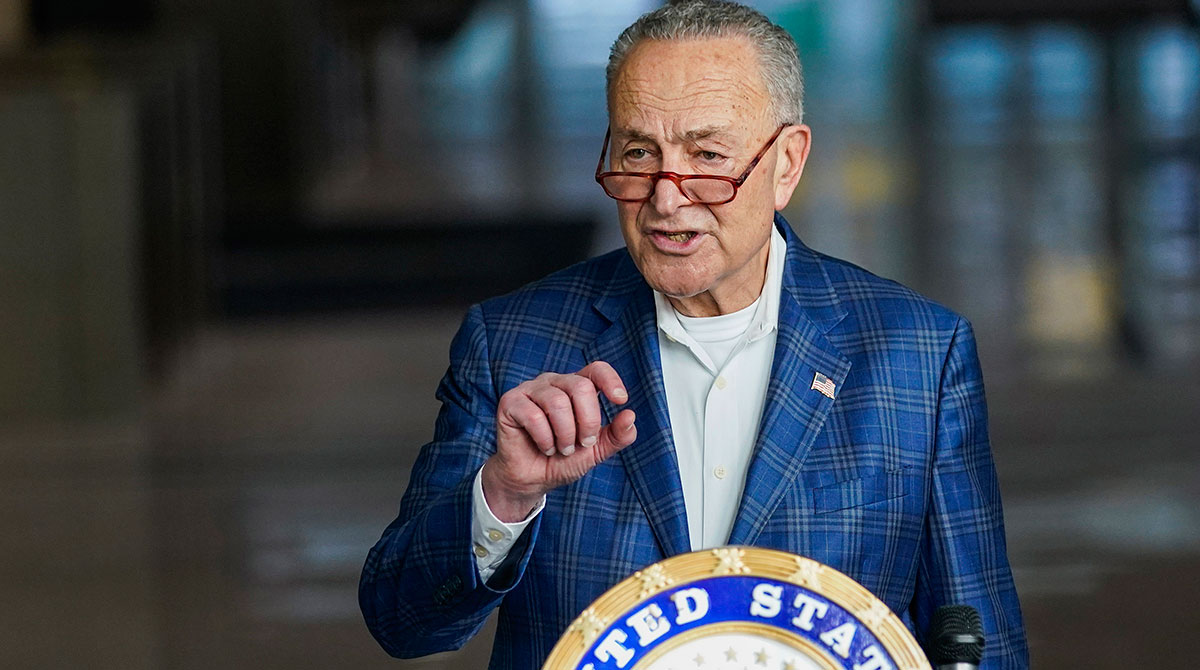 For Democrats in control of both chambers of Congress through the end of the year, finalizing fiscal 2023 government funding legislation is a top priority during their post-election lame duck session.

Congressional leaders have expressed optimism about advancing a comprehensive funding bill that would ensure the operation of the Department of Transportation, and other agencies, for most of next year. Current funding authority for the federal apparatus expires Dec. 16.

Senate Majority Leader Chuck Schumer (D-N.Y.), who will retain his leadership post in the next session of Congress, called on colleagues to embrace bipartisanship as the chamber readies consideration of the funding measure. Schumer has yet to schedule floor consideration for the expansive bill, commonly referred to as an omnibus. “We’re continuing to move forward in the lame duck. We always try to work when we can on a bipartisan basis of our major bills,” Schumer told reporters on Capitol Hill Nov. 15.

The Biden White House is calling on Congress to include in the fiscal 2023 legislation emergency aid for Ukraine’s war effort. A bipartisan group of lawmakers also is expected to approve additional aid for hurricane recovery programs in hard-hit regions, such as Florida and Puerto Rico.

Asked about the likelihood of attaching the Ukraine aid request from the White House to the omnibus, Schumer told reporters, “I would hope it does. And I’d hope we get bipartisan support.”

House Speaker Nancy Pelosi (D-Calif.), stepping down from leadership after her caucus missed the majority following the midterm elections, signaled she would proceed with the funding bill.

The longtime Democratic leader, who served as a two-time speaker, also reflected on her caucus’ determination to embrace bipartisanship going forward. As she put it, “House Democrats are thrilled to have so many terrific new and returning members to the House, who will reinvigorate our caucus with their energy, diversity and patriotism.”

Meanwhile, Minority Leader Kevin McCarthy (R-Calif.), vying for the speakership in next year’s GOP-led chamber, has not signed off on supporting foreign policy funding proposals in the omnibus. His Senate counterpart, Kentucky Republican Mitch McConnell, also has cautioned Democrats about proceeding with big-ticket funding initiatives outside of the appropriations process.

If approved, the omnibus funding package, which would be crafted by congressional appropriators, would avert a shutdown of most federal programs. Key operations at DOT would continue under the bill.

Senate Democratic appropriators previewed their funding proposal for transportation programs. Over the summer, they unveiled fiscal 2023 legislation that would dedicate $367.5 million for the safety operations and programs division at the Federal Motor Carrier Safety Administration. For FMCSA’s safety grants division, senators called for $506.1 million. The agency’s proposal matched House-passed funding levels as well as the White House’s request.

A government funding bill is among the major items members of Congress have before them during the lame duck. Also on the post-election agenda is must-pass defense policy legislation pertaining to the Department of Defense, bills on same-sex marriage and the electoral process, and whether to raise the federal debt limit.