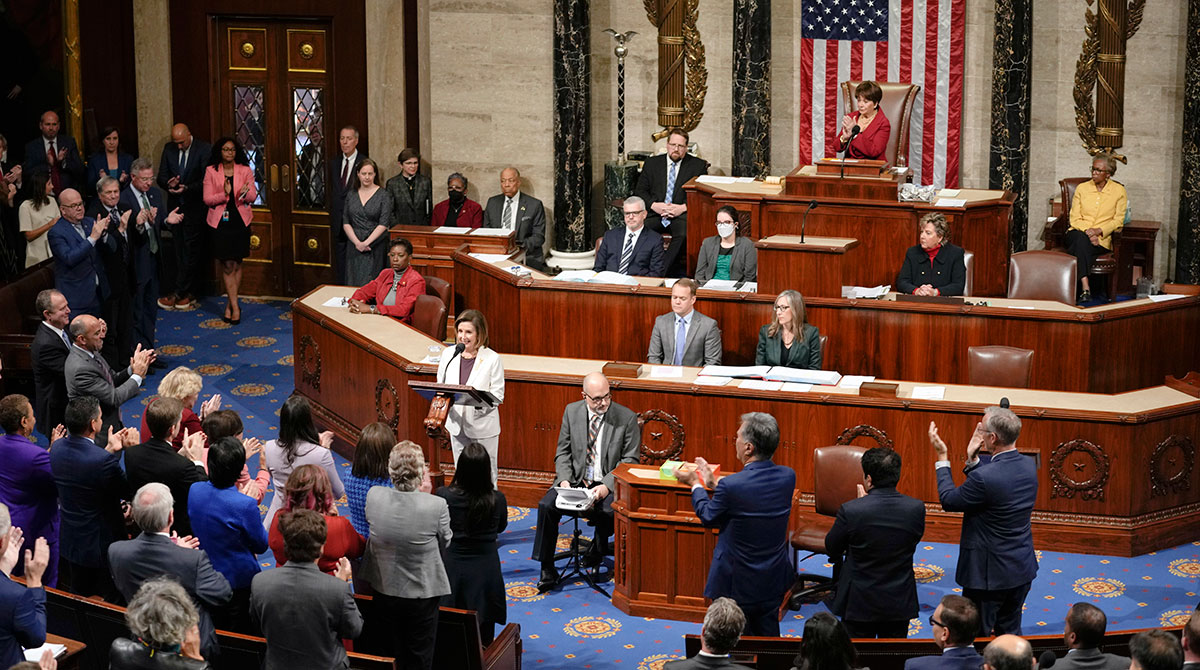 Lawmakers stand and applaud Nov. 17 as House Speaker Nancy Pelosi announces she will be stepping down from her leadership role. (Carolyn Kaster/AP)

The results are in. House Republicans and Senate Democrats won enough seats in the midterm elections to claim majorities in their respective chambers, setting up a divided Congress until the 2024 election.

The Republican majority in the House of Representatives has promised an in-depth evaluation of the Biden administration, while Democrats in the upper chamber intend to keep promoting the president’s agenda focused on social issues and climate change.

The implementation of policies such as those approved in the $1 trillion infrastructure law will be thoroughly examined by the GOP caucus. Rep. Kevin McCarthy (R-Calif.), the party leader aiming to become Speaker of the House next year, has forecast a schedule of myriad oversight hearings. That docket will center chiefly on climate change, alternative energy proposals and foreign policy. 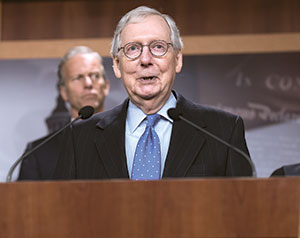 Republicans in the Senate will continue to be led by Minority Leader Mitch McConnell. (J. Scott Applewhite/Associated Press)

“The era of one-party, Democrat rule in Washington is over,” said McCarthy in celebrating the majority his party claimed upon securing seats in at least 218 congressional districts. The Republican leader emphasized a campaign to “immediately start holding this administration accountable for its incompetence and abuses of power.”

Specific to freight policy, the U.S. Department of Transportation, which is managing the bulk of the funds from the Infrastructure Investment and Jobs Act, is likely to receive a higher degree of scrutiny over the next two years.

Republican policymakers on the transportation panel have taken aim at guidance from the Federal Highway Administration suggesting state-level agencies prioritize maintenance of infrastructure projects instead of proceeding with new projects. A maintenance-centric approach is referred to as a “fix-it first” strategy, which gained the endorsement of senior congressional Democrats.

“I hope you recognize the fact that it remains a serious source of concern and confusion because it pushes the administration’s own priorities, including a bias against adding new highway capacity, over what’s written in the law itself,” Graves said.

In the aftermath of the elections, House Speaker Nancy Pelosi (D-Calif.) announced she would be stepping down from her leadership role. Instead, the longtime Democratic leader said she intends to serve out her term representing her district.

“This year, House Democrats defied expectations with an excellent performance: running their races with courage, optimism and determination,” said the two-time speaker on Nov. 16. “In the next Congress, House Democrats will continue to play a leading role in supporting President [Joe] Biden’s agenda — with strong leverage over a scant Republican majority.” 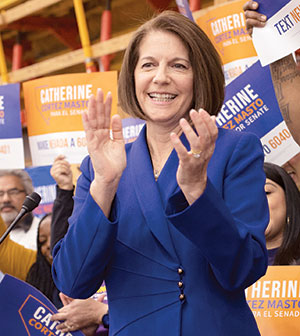 Over the next two years Senate Democrats, led by Majority Leader Chuck Schumer of New York, intend to pursue an agenda focused on promoting severe-weather infrastructure resilience. That agenda builds on the implementation of the bipartisan infrastructure law, and provisions approved in the Inflation Reduction Act.

“I earnestly hope that in the next couple of months Republicans will realize it’s better for the country — and even better for their party — to focus instead on working with Democrats over the next two years to get things done for the American people,” said Schumer on Nov. 15. “I know this is not going to happen overnight.”

Republicans in the Senate will continue to be led by Minority Leader Mitch McConnell (R-Ky.), who kept up his criticism of Schumer’s party after the midterm elections.

“Our half of the chamber hopes that — even after this week — we will not be quite through with welcoming new senators,” McConnell said Nov. 15, noting a runoff in December between incumbent Sen. Raphael Warnock (D), a member of the Commerce Committee on trucking policy, and Republican challenger Herschel Walker, a former professional football player. “Democrats’ unforced policy errors over the past several years have hit working families in the state of Georgia especially hard.”

McConnell added, “Under one-party Democrat control in Washington, and one-party representation here in the Senate, the Peach State has paid an especially painful price.”