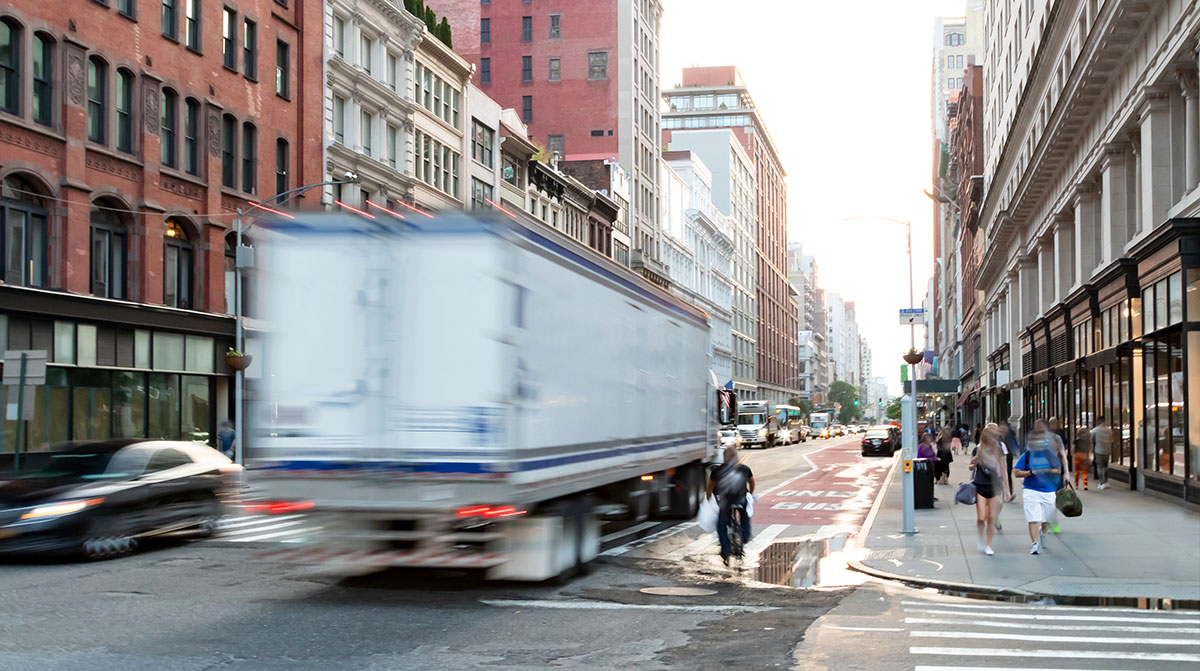 A delivery truck travels along 23rd Street in New York City. Under a conngestion-based tolling plan, commercial trucks could be charged $82 for a one-way drive through the central business district. (deberarr/Getty Images)

The Manhattan Central Business District (CBD) Tolling Program is being advocated as a way to raise $15 billion to improve the subway, bus and commuter rail systems and lower traffic by tolling vehicles that enter or remain in the business area. It is being proposed and sponsored by the Triborough Bridge and Tunnel Authority (an affiliate of the Metropolitan Transportation Authority), New York’s state Department of Transportation (NYSDOT) and New York City’s transportation department.

Within the CBD are 1.5 million jobs, 450 million square feet of office space and 617,000 residents. Of the 7.7 million people (nearly twice the population of Los Angeles) entering and leaving the district on an average weekday, 75% of the trips were made by transit, with the remaining 25% by car, taxi, van or truck. 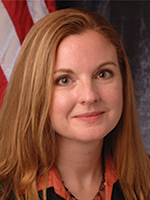 Because some of the roads in the district are part of the National Highway System and have been improved with federal funds, the Federal Highway Administration is involved and must approve of the tolling. FHWA determined that an environmental assessment, which is ongoing, is needed since the tolling goals impact air quality and environmental justice. Public input on the environmental assessment started Aug. 10, and a document was released listing tolling scenarios.

“We were fully anticipating they were going to charge trucks more than cars, but we didn’t really know what that rate was going to look like. When we saw $82 for a potential truck toll, we were astounded. It blows my mind that they are even looking at that as an option,” said Kendra Hems, president of the Trucking Association of New York.

“Depending on how you pay, you’re paying anywhere from $95 to $110 just to cross into New York City [over a port authority bridge or tunnel] and now potentially having to pay $82 to go into the zone is just incredible to me that they would even think that is reasonable.”

Tolling objectives are to lower by 5% daily vehicle miles traveled in the CBD, decrease by 10% the vehicles going there and create $15 billion annual net revenue to fund the MTA’s capital improvement program (consistent with state legislation called the MTA Reform and Traffic Mobility Act).

“We’re very concerned,” Hems said. “We won’t know what the actual toll rates are going to be or if there’s going to be any kind of bridge credits or exemptions until after the feds issue a record of decision on the environmental assessment. We can comment on what they’ve put in there, but it doesn’t really give us a clear picture of what this is all going to look like just yet.”

Congestion tolling times in all seven alternatives would take effect weekdays from 6 a.m. to 8 p.m. and weekends 10 a.m. to 10 p.m.

How It Would Work

• Cars, motorcycles and commercial vans (all seven plans limit a toll to once per day).

• Small and large trucks (with five alternatives having no toll limits and only one each for once or twice daily).

• Taxis (no limits, exemptions and once per day).

• For-hire vehicles, such as limousines (no limits, once daily and three times daily).

• Buses (exemptions and no limits).

“The scenarios they have put in play certainly are not good for trucking by any stretch. Obviously, it’s going to be a significant cost to the trucking industry that delivers into New York City,” Hems said. “We anticipate there are some trucking companies that may just choose to not continue to deliver to New York between the costs they’re already paying and now putting this additional burden on them. It might just be enough for them to say they’re not going to do New York City anymore.”

She fears those hardest hit will be smaller regional carriers along with smaller local companies based in the zone that enter the zone multiple times a day with multiple trucks, and tolling costs could force some out of business. However, giant UPS Inc. has a distribution center located there and also would be impacted.

“We know the program is likely here to stay,” Hems said. “Now we are focused on trying to minimize the impact to the industry as much as we can. We are really going to push the narrative that trucks should be exempt, look at also more reasonable toll rates, pricing parity with passenger vehicles, once-a-day charging, ways to try to minimize the cost to the industry.”

She wondered who will be paying tolling fees — earmarked to yield $1 billion yearly — if it successfully forces cars from the district.

“They essentially will have the trucking industry financing transit since 100% of the revenue is going into transit. None of it is going into roads and bridges,” she contended. “If New York City is successful, we are going to see more cities look at this as an option. Cities need money to invest in their transit systems and may look at this as an option.”