Communication Is the Best Tool for Natural Disaster Preparation 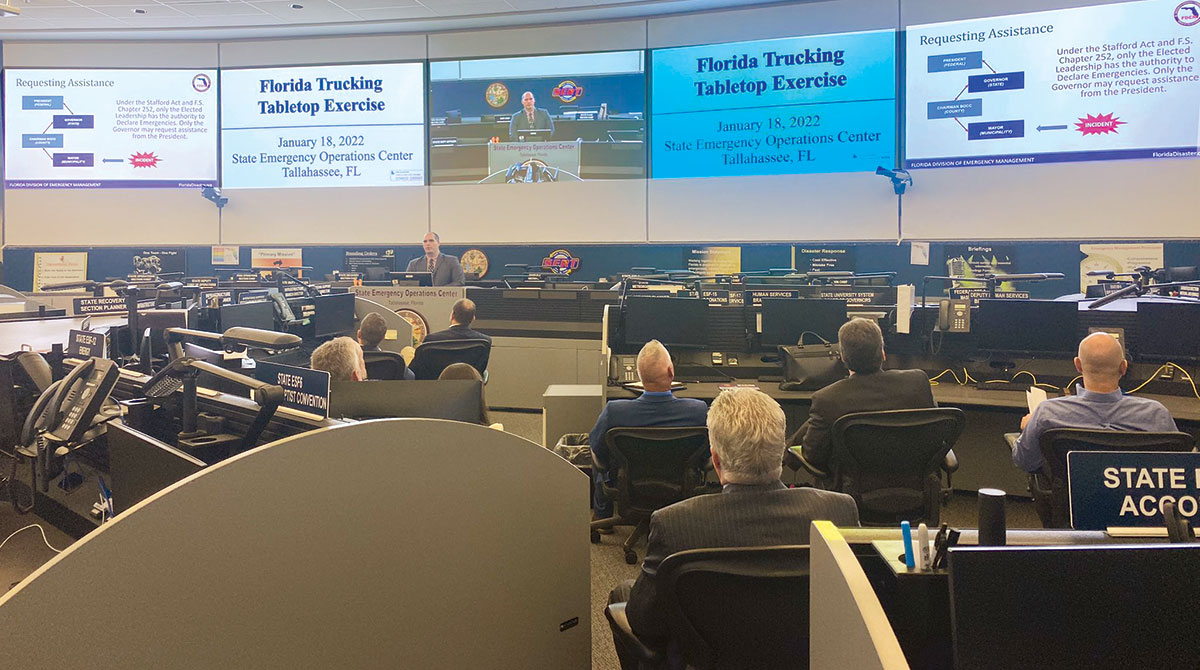 From coast to coast, trucking companies are becoming more prepared than ever to overcome the devastation of natural disasters. Fleets have worked through hurricanes, flooding, wildfires, tornadoes and many other extreme weather instances. The common thread found through their preparedness — excellent communication.

“In the midst of an emergency, we have to have our lines of communication perfect,” said John Esparza, Texas Trucking Association president. “There are extremes in trucking, but I think the most successful motor carriers are the ones that try to stay even-keeled throughout all of it.”

In February 2021, Texas experienced nine days of winter weather advisories. Power grid failures made the biggest impact, leaving millions without power for several days. While the cold temperatures didn’t impact the running of trucks, offices, distribution facilities and stores across major areas of the state were shut down. 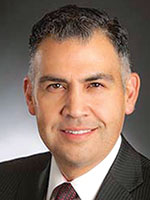 “I know that if I call on our members and need help, I am inundated with companies saying, ‘put me on the list,’ and that happened especially during the winter storm,” Esparza said.

Florida is another state where trucking companies have found themselves in the middle of natural disasters. “It’s an unwieldy state in a lot of different respects and a difficult state for trucking,” said Alix Miller, Florida Trucking Association (FTA) president. “When you are dealing with a natural disaster coming, like a hurricane, it becomes very problematic.” 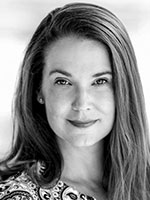 Running north and south, Florida has only two major interstates, I-75 and I-95. According to Miller, getting gas stations restocked poses one of the biggest challenges for fuel-hauling companies in and around the state. In preparation for large storms, many refueling trucks will be escorted by patrol vehicles to aid in a more streamlined delivery.

Last year was the third most-active Atlantic hurricane season on record with 21 named storms. According to the National Hurricane Center, only two years have seen more southeast storms — 2005 with 28, and 2020 with 29.

Jorge Mora, owner and CEO of Southern Companies, says his company piggybacks off of recommendations from the port authorities when it comes to operating during disasters. The Florida-based company runs more than 100 trucks in the southeast region, running into hurricanes and flooding from Tennessee to Texas.

“We don’t have any specific guidelines [for extreme weather], but we will send out a blast advising of the more difficult areas to go by slowly or avoid,” Mora said.

Many of the guidelines and operating regulations during natural disasters are disseminated from state-level safety agencies. State departments of transportation will gauge the weather and close down roads or bridges if it is deemed risky. The governor’s office will work with local entities and fast-track waivers for hours of service or overweight permitting. Getting this information into the hands of drivers is where Miller and Esparza have utilized their relationships with officials.

“It doesn’t matter who is in charge, Democrats or Republicans, you have to have a good strong relationship with your policymakers and executive leadership, especially when you are in a pickle,” Esparza said. “And frankly, they want to help you as much as you want to be helped.”

When a hurricane is preparing to hit Florida, FTA starts by getting in touch with the Florida Department of Public Safety, the state DOT and federal agencies like the Federal Motor Carrier Safety Administration. As those updates come in, FTA will push out minute-by-minute updates on its website, but to cast a wider net, they also take to social media as a way to reach those on the road or nonmembers.

Because of the nature of trucking and drivers often crossing several state lines, state-to-state communication during natural disasters is paramount. Miller works to keep surrounding trucking associations and companies informed, which in turn helps those states and their drivers navigate closed bridges and roads when encountering extreme weather. 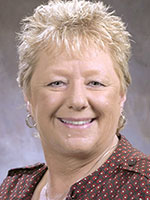 “We need to provide that very specific industry information in real time so that everyone knows what is happening,” Miller said.

Communicating with drivers has gotten increasingly easier in recent years with the adoption of newer in-cab technology and better cellular coverage. “There are tools where drivers can dial-in or look at a website to be in the know and prepared for the drive ahead, as opposed to relying on looking at a TV in a rest stop,” said Jeana Hysell, senior safety consultant for J.J. Keller & Associates.

Whether it is social media, in-cab satellite radio, electronic logging devices or televisions in sleeper berths, drivers are much more attuned to what is going on around them as they pass through unknown areas or inclement weather.

“I do know a lot of companies that will send fleetwide messages to ELDs during bad weather,” Hysell said.

FTA stresses training and preparedness for all trucking companies. In partnership with the state Division of Emergency Management, FTA took its members to the state’s emergency operations center and ran through a tabletop exercise for what to do in a hurricane and cybersecurity attack. 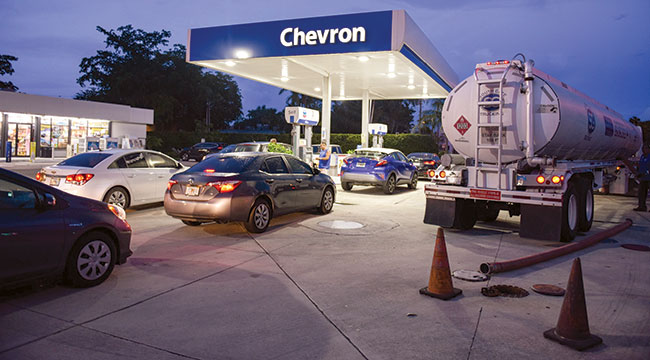 “Members went through the scenarios hour-by-hour, ‘OK now [a disaster] has happened, how does your company adjust, what do you need from us, where are the bottlenecks or issues you normally face’ were questions and scenarios they were tasked with overcoming,” Miller said. “I think it is something I couldn’t recommend more highly for other states to do.”

The Texas Trucking Association’s safety council offers safety certification courses that equip trucking companies to navigate disasters. For both the plains of Texas and the long bridges that connect the marshes of Florida, navigating high winds is just another instance of drivers needing to be trained on best safety practices.

Operating Through the Storm

Ultimately, the call to get off the road is usually down to the driver and their company’s safety policies. Other times, the decision is made by state DOTs by closing down roads and bridges. For example, according to guidance put out by the Wyoming DOT, wind gusts of 50 mph put trucks at a moderate blow-over risk, but once wind speeds exceed 60 mph, an extreme risk advisory is in place, meaning small trailers and light-loaded commercial vehicles need to seek shelter.

When it comes to flooding, a major issue for much of the southeast, the National Weather Service warns that at 2 feet, rushing water is strong enough to start pulling small trucks and float other vehicles. During the flooding caused by Hurricane Harvey, Esparza recalled a member company with 100 drivers that attempted to aid in the refueling of gas stations. “Of the 100 drivers, 26 were able to be reached the morning of the storm,” he said. “Of those 26, only 11 could get into their vehicles and drive, and of those that could get to the rack, only four trucks were allocated with fuel.”

With fuel shortages and restocking happening almost every time a storm is announced, consumers often get nervous over the impending storm and flock to gas stations to top off their tanks. These irregularities to the normal fuel supply wreak havoc on fuel haulers.

“Because of the driver shortage we are incredibly concerned about the upcoming hurricane season,” Miller said.

During times of natural disaster, many fuel haulers will bring out-of-state drivers to help with the emergency refueling. Miller noted the redirected trucks and drivers they rely on to replenish gas stations directly impact the evacuation abilities of those living in the areas that are going to be hit by a storm. “We are fairly confident that out-of-state fuel haulers will not be able to spare their drivers to come down to Florida,” she said.

During the height of a hurricane making landfall, Miller will sometimes talk with state officials three or four times a day. Esparza also emphasized how staying in close contact during a disaster and then providing feedback to policymakers after natural disasters is pivotal to keeping trucks moving.

“One size for disaster relief does not fit all, and understanding what trucking companies need in each region of the country will determine how to best educate and keep everyone on the road safe,” Esparza said.