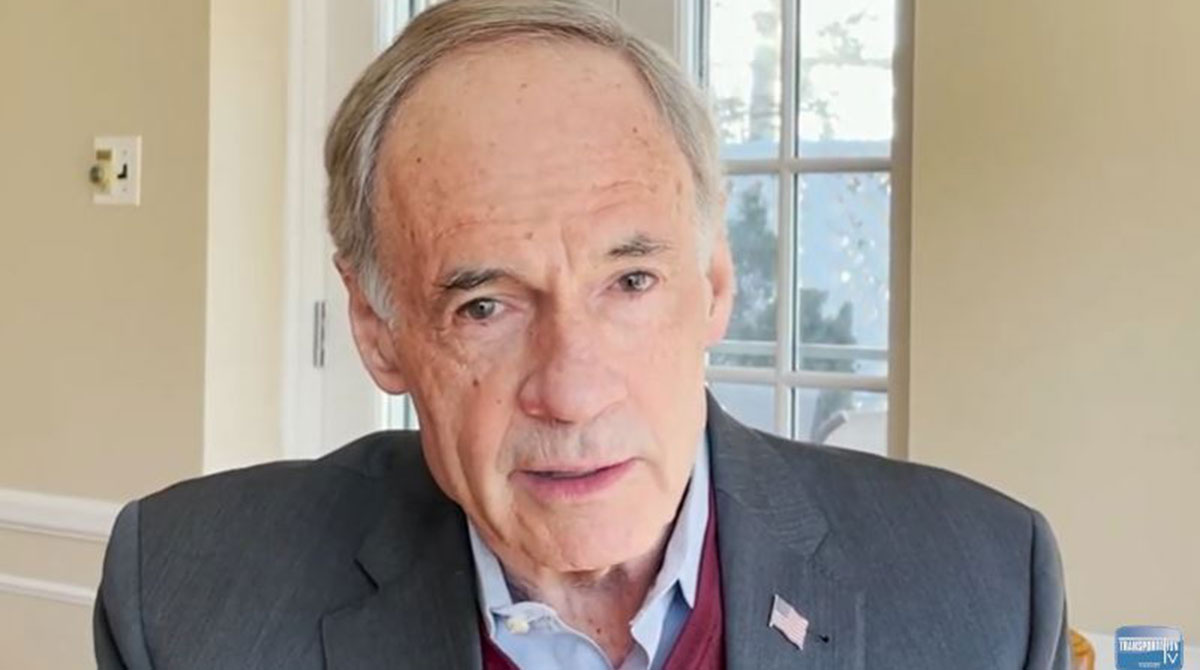 Rep. Peter DeFazio (D-Ore.), chairman of the Transportation and Infrastructure Committee in the U.S. House, and his Senate counterpart, Environment and Public Works Chairman Tom Carper (D-Del.), said they intend to kick off consideration of a new highway bill in the coming weeks. They outlined their policy visions during a virtual conference hosted by the American Association of State Highway and Transportation Officials.

They affirmed that incorporating a climate change-centric framework to all-things surface transportation policy will guide the consideration of the Democrats’ yet-to-be-unveiled bill. The highway bill would reauthorize a 2015 law, known as the FAST Act, which expires in September.

Earlier at #AASHTOWB2021: "We have to stress resiliency and durability" says @RepPeterDeFazio on needs a reauthorization bill. pic.twitter.com/jXQBRLlqUn — AASHTO (@aashtospeaks) February 24, 2021

The Democratic leadership on Capitol Hill and the White House have suggested the possibility of including the new highway policy provisions in a macro-infrastructure funding legislation. For emphasis, DeFazio added: “Climate change is real, and the most significant emitter of carbon in the United States is the transportation sector.”

“From day one, President Biden has made it clear that one of his top priorities is investing in a transportation infrastructure, and he sees that as a key way of strengthening our economy, create good-paying jobs and address climate change,” Carper told the AASHTO audience.

The senator expanded on the topic of climate change during a hearing held Feb. 24: “A raging pandemic. Millions of jobless Americans. A growing climate crisis that demands bold action. So, what do we do about it? As it turns out, smart investments in our transportation infrastructure enable us to tackle all three of these challenges.”

Carper continued, “We can improve the conditions of our roads, highways, and bridges in ways that create millions of good-paying jobs, lift up communities, build a more sustainable economy and improve our air quality for a healthier, more prosperous future for all of us.”

In the Senate, Carper said he expects cooperation from committees with jurisdiction over transit, freight and funding to finalize a new highway policy bill. For instance, addressing the Highway Trust Fund’s looming insolvency, a job for the tax-writing Finance Committee, is of paramount importance.

“When it comes to transportation bills, we all know what the biggest challenge is and that is how are we going to pay for this stuff,” the senator said.

“I want to reiterate that Transportation and Infrastructure committee Republicans stand ready to work together in good faith on infrastructure legislation in the coming months,” Rep. Sam Graves (R-Mo.), the committee’s ranking member, indicated Feb. 22. “Partnership — not partisanship — is Congress’ path to improving our infrastructure.”

Infrastructure policy is on the White House’s radar. Last month, Biden addressed certain programs related to climate change via a series of executive orders. Also, his “build back better” plan proposes to invest in charging stations for electric vehicles, severe-weather-resilient coastal infrastructure, and renewable energy options, among other initiatives.

A timeline for proceeding with a legislative infrastructure plan has not been announced.

On Feb. 23, White House Press Secretary Jen Psaki said, “Homeownership, caregiving, infrastructure, strengthening access to affordable health care — those are all components that are under discussion. The order, the size, the timeline — that’s what has not been determined at this point.”

The Highway Trust Fund federal account anchors highway programs with revenue from fuel taxes. Improvements in fuel economy contribute to a drop in such revenue. Congress set the 24.4 cents-per-gallon diesel tax and 18.4 cents-per-gallon gasoline tax rates in 1993. The American Society of Civil Engineers issued the country’s overall infrastructure a grade of D+.