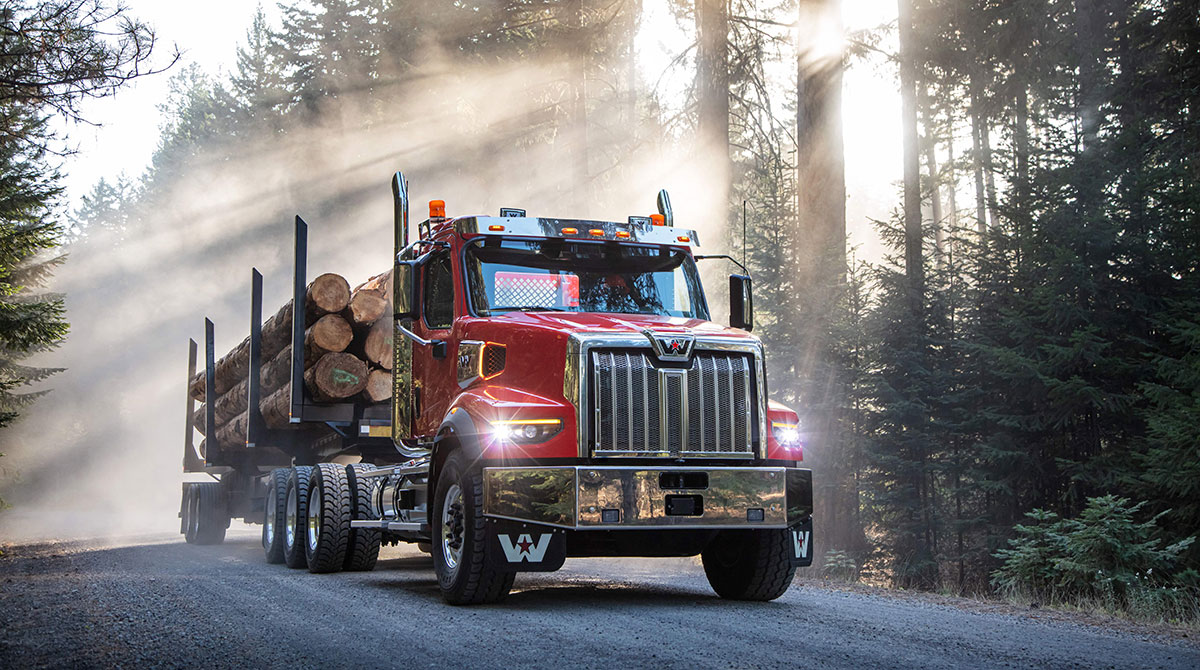 U.S. retail Class 8 sales in June punched above 19,000, WardsAuto.com reported, and reached the second-highest volume this year. Industry analysts said sales would have been higher if the supply chain were not disrupted.

Once again, sales cleared the generally accepted U.S. replacement level of 16,000 (as also has happened in all but one month of this year). 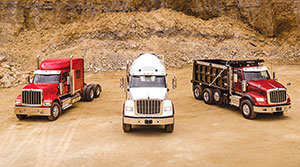 One industry economist said he credited Class 8 sales to strong freight demand and the profits to be had. But he was looking at other angles, too.

“I’m still not sure that what we are seeing now in terms of demand isn’t the lag from April, May and June of last year when sales were repressed,” while many businesses were shut during the height of the coronavirus pandemic, said Bob Dieli, chief economist at MacKay & Co. Inc. “It may be another couple of months before we can figure out what part of sales is replacement or growth and what is catch-up from earlier restricted supply.” 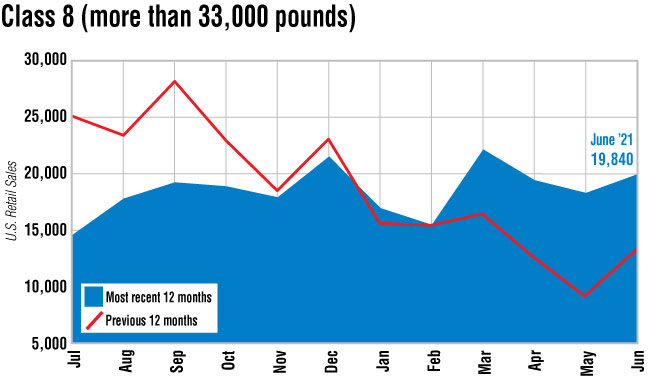 All truck makers had double-digit sales gains compared with the same 2020 period.

Freightliner sales rose 56.9% and its sister company, Western Star, notched a 39.4% hike to combine for a 40.4% share of June sales for parent company Daimler Trucks North America with 7,426 and 601, respectively.

“Demand for trucks — both new and used, parts and service — remains extremely high as fleets continue to haul freight and deliver services at a record pace,” David Carson, senior vice president of sales and marketing at DTNA, told Transport Topics.

International, a brand of Navistar Inc., posted its largest year-over-year gain, 76%, on sales of 3,043. That was also both the second-highest monthly total and market share at 15.3%. The truck maker could not be reached for immediate comment.

“Our U.S. Class 8 sales forecast in raw numbers is about 260,000 for this year,” said ACT Research Vice President Steve Tam. “We could probably do, from a demand perspective, easily 285,000, but there are just so many challenges everybody is working so hard to overcome. It is going to take time. This whole chip thing we are hearing now is probably going to spill over into next year. Whereas earlier we had hoped to get most of it behind us this year.”

It’s all the sub-assemblies that have chips in them, as well — engines and transmissions, “important things like that,” he said.

Additionally in June, the expenditures portion of the Cass Freight Index grew at its fastest pace ever on a year-over-year basis, up 56.4%. 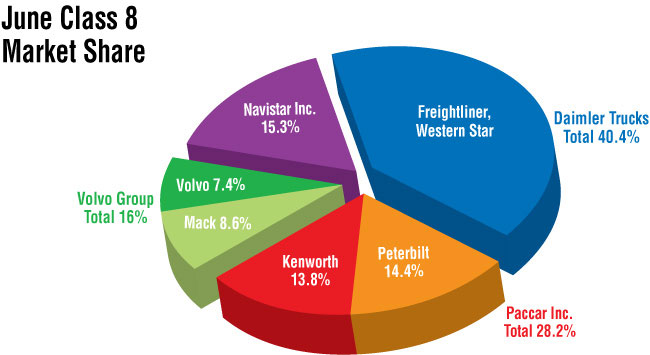 The index’s shipments component grew 26.8% year-over-year in June, down from the record 35.3% increase in May.

“Our industry discussions suggest shipment volumes continue to be hindered by supply constraints, which range from driver and trailer shortages in truckload and less-than-truckload to chassis shortages hampering intermodal capacity,” according to St. Louis-based Cass Information Systems Inc.

Meanwhile, Mack Trucks on June 16 issued a special announcement that reported it is sold out through 2021, but the industry’s disrupted supply chain required temporary layoffs of workers on its conventional first and second shifts only.

Mack’s Lehigh Valley operations suspended part of its production during the final week of June and first two weeks of July, a company spokesman said. “We’re continuing to do everything we can to minimize the impact on our customers and maintain the flexibility to adjust production, as needed.”

Mack and VTNA are brands of Volvo Group. 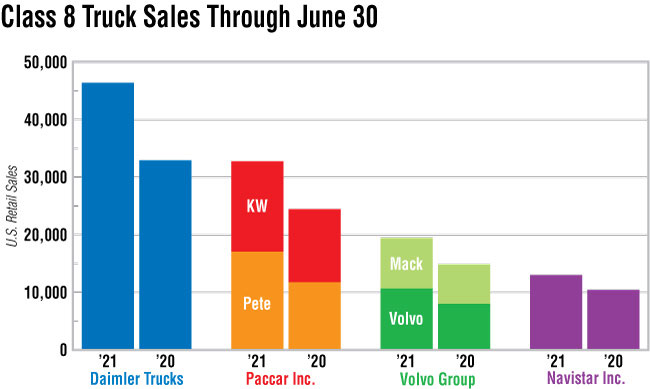 But he pointed to VTNA’s 9.5% year-to-date U.S. market share and 13.1% share in Canada. “The supply chain issues continue to be problematic and we can expect to see disturbances for the months to come.”