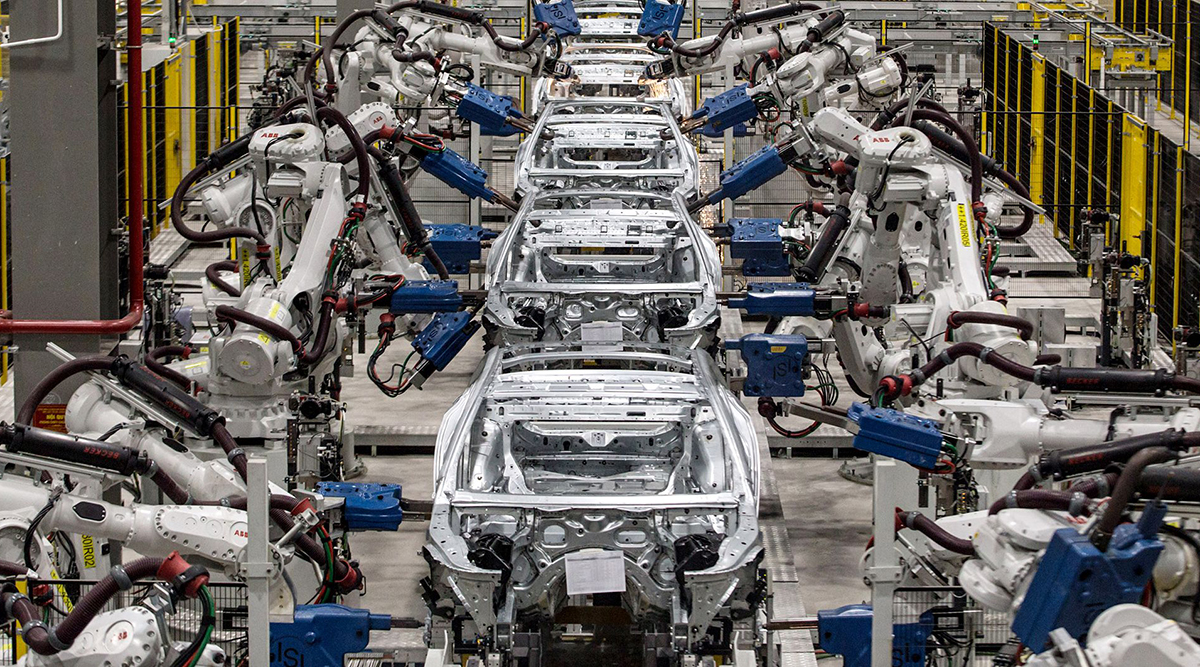 Robotic arms work on the body frames of sedans in the body shop area of an automaker factory in Haiphong, Vietnam. (Yen Duong/Bloomberg News)

Biden administration officials say they’re starting to see signs of relief for the global semiconductor supply shortage, including commitments from manufacturers to make more automotive-grade chips for car companies that have had to idle production.

U.S. Commerce Secretary Gina Raimondo, who has led President Joe Biden’s efforts on chip supply, has brokered a series of meetings between semiconductor manufacturers, their suppliers and their customers including automakers. Senior administration officials said the meetings helped ease mistrust between the sides related to the chipmakers’ production and allocation and automakers’ orders.

The result has been more transparency about the manufacturers’ production and shipments and a gradual increase in supply for automakers, Raimondo said in an interview. The administration also has recently pressed governments in Malaysia and Vietnam to ensure semiconductor plants would be deemed “critical” businesses and maintain some production following COVID-19 outbreaks, officials said. 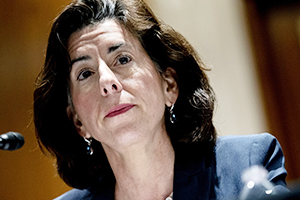 “You’re starting to see some improvements,” Raimondo said, adding that in recent weeks, Ford Motor Co. CEO Jim Farley and General Motors Co. CEO Mary Barra have told her that “they’re starting to get a little bit more of what they need” and the situation is “a little bit better.”

Shares of Ford, GM and Chrysler parent Stellantis NV extended gains on the news, all touching intraday highs in U.S. trading. Ford and GM both outperformed broader U.S. market indexes this year through July 19, while Stellantis lagged behind.

A Goldman Sachs analysis published last month said that the peak impact of the chip shortage was in the second quarter and auto production “should jump in July.” But U.S. automakers continue to struggle with the shortage, which is estimated to be taking a $110 billion toll on the industry.

Ford is closing or curtailing production at eight factories this month, including the plant manufacturing its new version of the Bronco sport-utility vehicle. Five of GM’s North American plants will experience “downtime” due to “semiconductor production adjustments” this month and in August, according to GM spokesman David Barnas.

And tens of thousands of new cars remain sitting in lots outside U.S. factories, waiting for the chips that power their onboard computers.

A Ford spokeswoman declined to comment. Barnas confirmed the Barra conversation with Raimondo and provided a statement the company issued July 15.

GM’s “global purchasing and supply chain, engineering and manufacturing teams continue to find creative solutions and make strides working with the supply base to maximize production of our highest-demand and capacity-constrained vehicles, including full-size trucks and SUVs for our customers,” the statement said.

The semiconductor shortage predated the Biden administration but emerged as a crisis for the new president earlier this year, when U.S. automakers were forced to begin curtailing production for lack of chips. Manufacturing of semiconductors is concentrated with a pair of Asian companies, Taiwan Semiconductor Manufacturing Co. and Samsung Electronics Co. Ltd.

TSMC, a key partner to many of the world’s biggest carmakers, said last week the company will ramp up production of microcontrollers by close to 60% this year, a move expected to greatly boost supplies for its automobile clients starting this quarter.

Semiconductor manufacturers and auto companies generally don’t see eye-to-eye on the causes of the shortage and the solutions. Auto companies have complained about a lack of transparency in how many chips are produced and where they’re being sold, while the chips industry says the problem started when the auto industry, due to the pandemic, pulled back on orders before subsequently demanding that chip suppliers fulfill them.

Raimondo is now trying to persuade Congress to pass $52 billion in funding to boost chip production and bolster semiconductor research and development on U.S. soil — a longer term strategy to reduce U.S. reliance on other nations in the global supply chain. The Senate in June passed its version of the bill, but the House is still debating the scope of the measure and details remain fluid.

Biden’s team and Raimondo are engaging daily with members of Congress about the bill, people familiar with the matter said.

Biden has brought up the bill directly in conversations with House Speaker Nancy Pelosi (D-Calif.) and has made clear he wants to sign it into law as soon as possible, according to one of the people. The White House defers to Pelosi on the exact mechanism and timing for getting the legislation passed, the people said, while noting that she’s aware of the stakes.

“I have a long-standing very productive relationship with Speaker Pelosi and I would fully expect that she would want to put her chamber’s stamp on the bill and that there may be adjustments,” Raimondo said.

Still, the administration is treating the issue with urgency. Even if the funding is approved, industry representatives expect implementation — including hiring more personnel at Commerce — to take up to six months.

“What I say is we need to get this done this summer,” Raimondo said of the timeline for passing the bill. “They can’t recess this August without having gotten this done.”

— With assistance from Keith Naughton, Keith Laing and Nancy Cook.

Toshiba to More Than Double Chip Output With New Plant