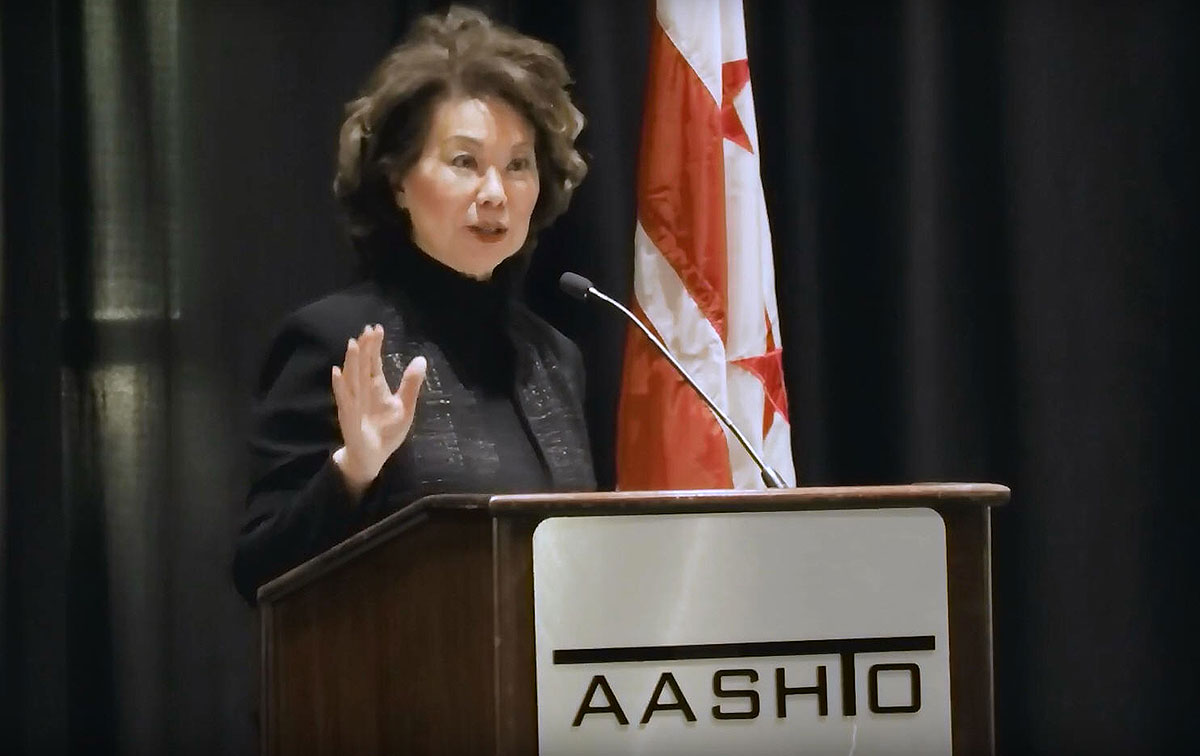 WASHINGTON — Transportation leaders should look forward to a document coming out in the next few days that will provide additional details about President Donald Trump’s infrastructure plan, according to Transportation Secretary Elaine Chao.

Chao delivered keynote remarks at the American Association of State Highway and Transportation Officials’ legislative meeting in Washington Feb. 28. She said the publication, called the “President’s Initiative for Rebuilding Infrastructure in America,” was supposed to be released Feb. 28.

“This is the work of a lot of really wonderful people at the department, and it provides fuller picture behind the reasoning of the president’s infrastructure plan and the goals as well,” Chao said.

Federal fuel taxes, which are used for the Highway Trust Fund, have not increased since 1993. The fund assists states with maintenance and construction projects.

“This means less paperwork and more timely improvements that will better protect the environment and also our quality of life,” Chao said.

Chao pointed out the ways in which the Trump administration’s goals signal a departure from the previous administration’s practices. Over the past eight years, U.S. DOT’s increased regulations cost more than $3 billion a year, according to Chao. In 2017, the agency decreased the cost of regulatory spending by $312 million. Chao forecasted that DOT is on track to reduce the cost of regulations by over $500 million in 2018.

“In the last decades, overly burdensome regulations have made these challenges more difficult than necessary. We are keeping this torturous history in mind as we advance the president’s infrastructure plan and as we look forward to the future of transportation,” Chao said. “The challenges of how to pay are matters that state, local and federal level officials have been grappling with.”