The selected image "canadagraph.jpg" is invalid. 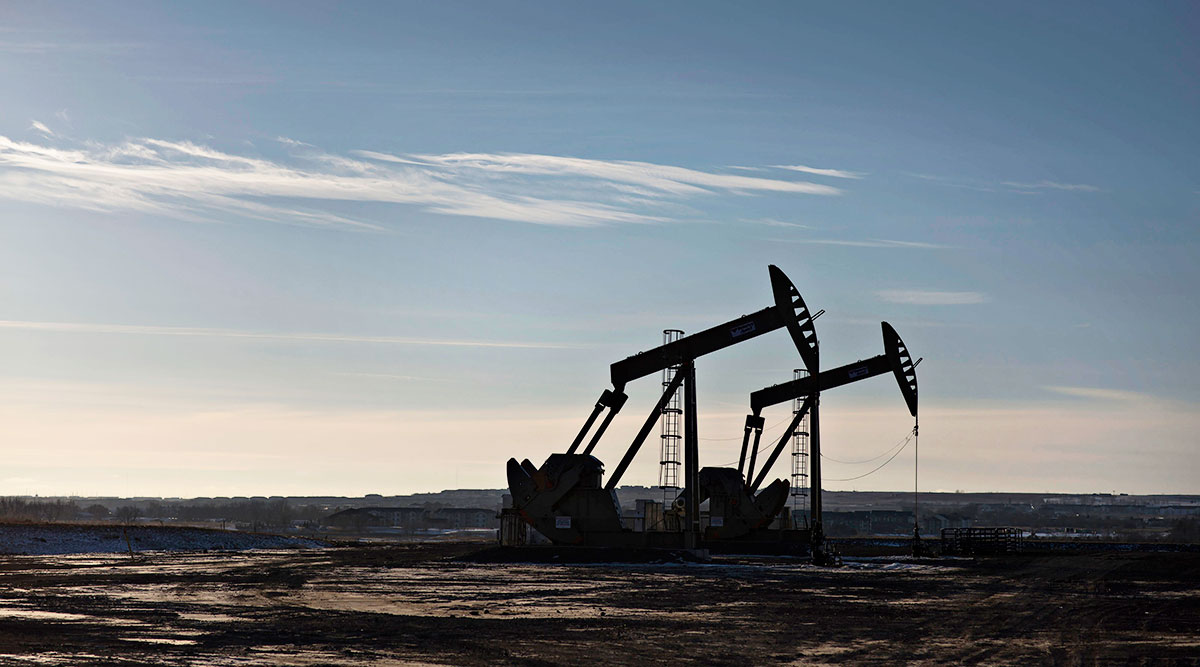 The stubborn, sharp rise in Canadian heavy crude prices finally may falter later this year, when swelling output overwhelms a pipeline system that will be lacking a key project producers had counted on, according to Deloitte.

Western Canadian Select crude prices have more than doubled since the end of November, buoyed by the Alberta government’s output limits for drillers in the province. That gain has made it less economical for drillers to get their crude to refiners by rail, and the government has reacted by easing the production caps. But the price has yet to respond to those adjustments, hovering at stubbornly high levels.

“When we get into summer driving season, and big demand down in the U.S., and the inability for Canada to put more volumes in the pipeline, I think that’s when those differentials are going to widen,” Botterill said in an interview. 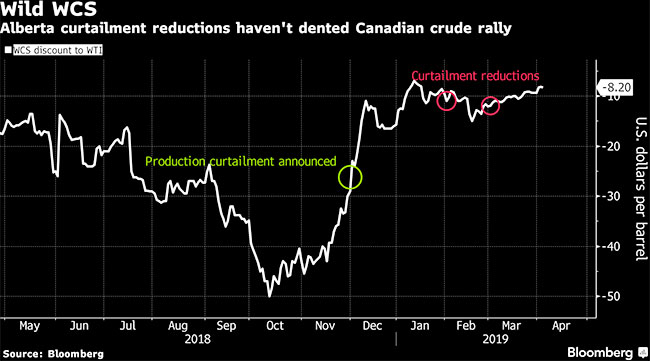 That may push Western Canadian Select heavy crude down to an average C$53.95 a barrel this year, about 25% lower than current prices, Botterill said in a note April 3. The forecast implies a discount of about $17.55 a barrel to West Texas Intermediate crude, more than twice as wide as the current $8.20 differential.

The wider discount may prompt Alberta to continue its curtailment policy into 2020 to prevent output from expanding too much, Botterill said. However, there are provincial government elections this month, and while the policy is favored by both major parties, the poll-leading United Conservative Party favors scrapping the current plan to invest C$3.7 billion to expand crude-by-rail capacity. Canceling the project could weigh on WCS prices, Botterill said.

“The private sector may not be as quick to make the investments necessary to add additional crude by rail,” Botterill said. “So there is definitely a risk that we could see the differential widen if that project is canceled because I think priced in there right now is the belief that that is going to create some room for additional capacity out of Alberta.”