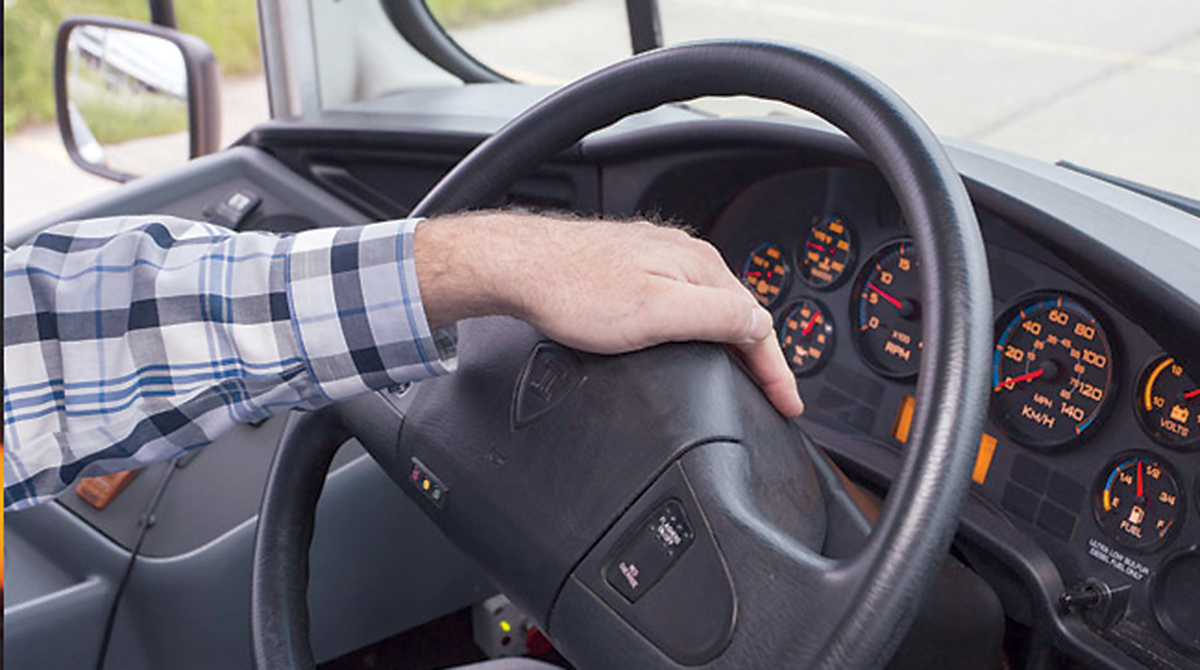 Biosensors installed in the steering wheel can detect if a driver has been drinking. (Sober Steering)

Catherine Carroll told Transport Topics that installation of Sober Steering in Class 8 trucks is part of the company’s long-term plan. 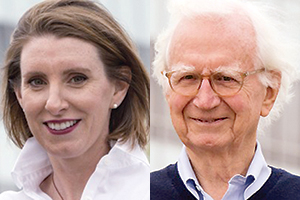 “[Alcohol abuse] happens far more than we want to acknowledge,” she said.

The Waterloo, Ontario-based company’s devices already have been installed in 450 school buses in Ontario, and a pilot program is being readied in New York state.

Success with buses has the company hopeful, more than a decade after the father-daughter team had to decide how the product could work without a major installation and without a breath analyzer. (The installed breath analyzer, Carroll said, has a stigma the fleets didn’t want.)

Initially, the company was told an accurate measure of alcohol content from skin contact would take an hour, not exactly a practical window for drivers who need to be on the road and on schedule. Eventually, the company figured out it wouldn’t need to test the skin, merely the gases that are excreted from the palm of the hand before perspiration, according to Carroll.

Once the test is administered — it takes 15 to 20 seconds — the engine will start, Carroll said. 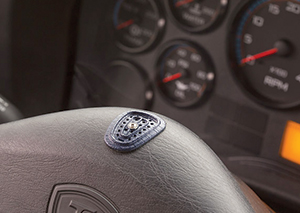 The device also can be programmed for random tests, although the device will not shut an engine off if the vehicle is moving.

Last year, the Federal Motor Carrier Safety Association reported 501 violations related to drivers consuming an intoxicating beverage within four hours before operating a vehicle, representing 0.05% of all driver violations in 2018. 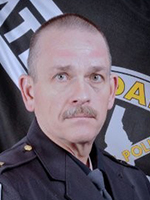 Interest has been strong with trucking and mining companies, especially when the equipment is heavy and the jobs often are remote, Carroll said. Carroll said she has spoken to several large truck manufacturers in North America who have expressed interest.

The company plans to target school buses and construction trucks, nuclear-waste haulers, garbage trucks and Class 8 trucks. But the company, which has seven full-time employees, is not looking to insert itself into the manufacturing process. Carroll said the equipment is an “easy self-install” and can be added after purchase, taking 30 minutes.

The detector part is on the horn pad, not within the wheel. For clients who don’t want a steering wheel detector, there is a mouse-like device that can be put on the dashboard, Carroll said.

From what Carroll said she has observed so far in Ontario with the buses, the tests “soon become like second nature” for drivers.

Carroll said the company is targeting an aftermarket marketing plan, with a subscription service.

NTSB Wants All New Vehicles to Check Drivers for Alcohol Use