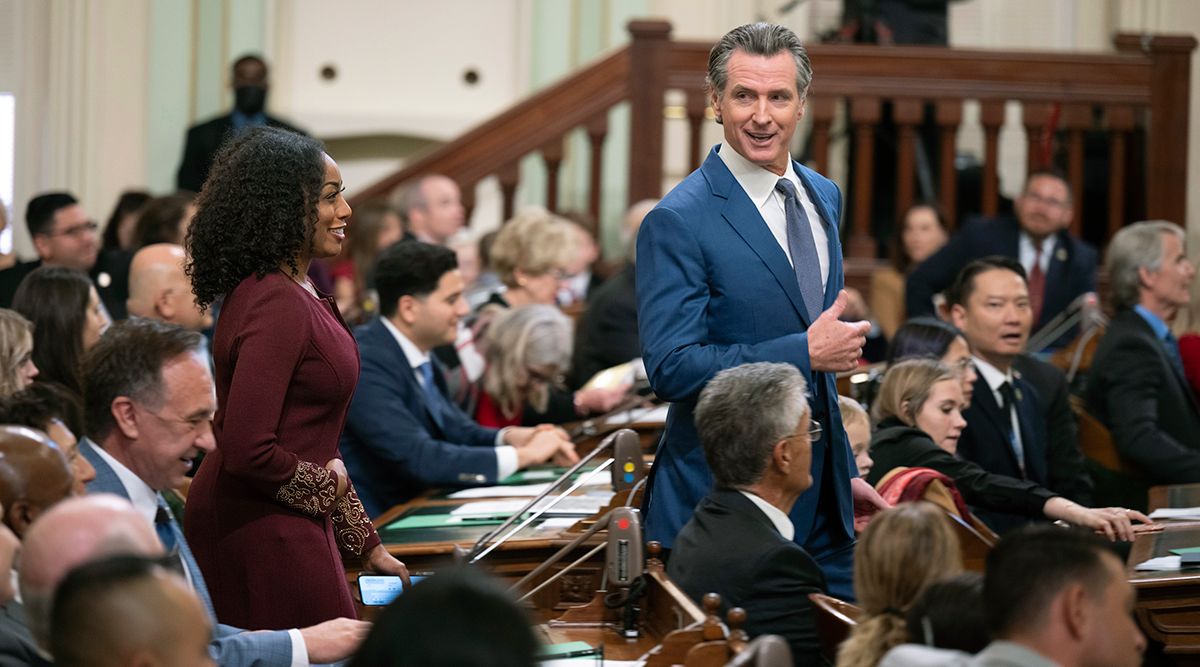 SACRAMENTO, Calif. — California could become the first state to fine big oil companies for making too much money, a reaction to the industry’s supersized profits following a summer of record-high gas prices in the nation’s most populous state.

Gov. Gavin Newsom and his Democratic allies in the state Legislature introduced the proposal Dec. 5 as lawmakers returned to the state Capitol in Sacramento for the start of a special legislative session focused solely on the oil industry.

But the proposal was missing key details, including how much profit is too much for oil companies and what fine they would have to pay for exceeding it. Newsom’s office said those details would be sorted out later after negotiations with lawmakers. Any money from the fines would be returned to the public.

Gas prices are always higher in California because of taxes, fees and environmental regulations that other states don’t have. But in October, the average price of a gallon of gasoline in California was more than $2.60 higher than the national average — the biggest gap ever.

Newsom said there was no good way to justify that.

Speaking to reporters, Newsom compared the actions of oil companies to price gougers charging more for hand sanitizer during the pandemic. He said the goal of the penalty is to prevent gas prices from shooting up similarly in the future, calling it “a proactive effort in order to change behavior.”

It could be a popular proposal with voters, who have been paying more than $6 per gallon of gasoline on average for much of the year. But that doesn’t mean it will be easy to get it through the state Legislature, where the oil industry is one of the top spenders on both lobbyists and campaign contributions.

Crucially, the proposal classifies the fine as a “civil penalty” and not a tax. That means only a simple majority would be needed for passage, instead of the two-thirds majority that is required to raise taxes. 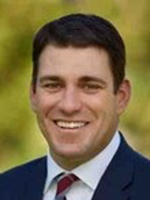 “Whatever Gov. Newsom wants to call it, this is a tax and it’s going to have the same impact that all taxes do on consumers, and that is to raises costs, not bring them down,” said Kevin Slagle, spokesperson for the Western States Petroleum Association. “We think the governor should be honest about what this is and let the legislators vote on a tax and sell it to the California public as a tax and see how people feel about it.”

The California Legislature is in session most of the year, typically considering hundreds of bills. The governor can call lawmakers into a special session limited to discussing issues he specifies. Newsom said he called the special session on gas prices because it would help lawmakers focus on the issue.

But legislative leaders don’t appear in any hurry to pass the bill. Lawmakers convened in a special session for mere minutes Dec. 5, long enough to adopt rules and appoint leaders. They won’t reconvene again until January.

Many lawmakers said they had no idea what Newsom was proposing. A few senators joined reporters at Newsom’s news conference outside Senate chambers just to hear what he had to say.

“I don’t think anybody objects to (oil companies) having a business model that makes a profit, but the extent to which they’re taking advantage of people really does appear to be unfair,” said state Sen. Ben Allen, a Democrat from Santa Monica, expressing general support for Newsom’s concept.

Republicans, who don’t have enough votes to influence legislation, denounced the proposal.

“The last thing that we need to do is increase the cost on Californians who are already paying far too much,” Assembly Republican Leader James Gallagher said. 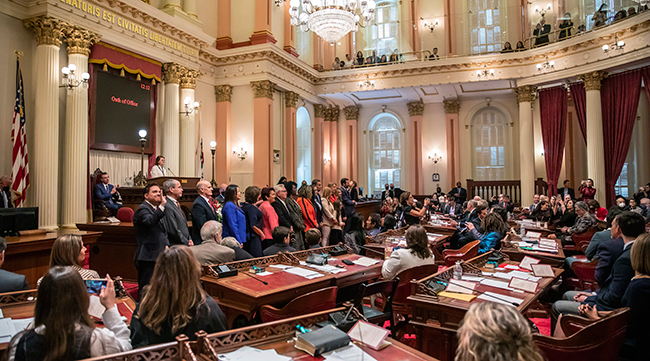 Newly-elected legislators stand to be sworn in in the Senate chambers during the opening of the Legislature in Sacramento, Calif. (Martin do Nascimento/CalMatters via AP)

Adding to the uncertainty is an unusually high number of newly elected lawmakers about to take seats for the first time. Roughly a quarter of the Legislature’s 120 members are new, with two close races still unresolved.

Among the new state senators is Angelique Ashby, a Democrat who narrowly won election after an intense campaign. The oil industry spent hundreds of thousands of dollars on radio and TV ads supporting Ashby’s campaign, a trend noticed by critics who tried to use it against her.

Ashby said she hasn’t been approached by lobbyists or others from the oil industry asking how she would vote on a potential penalty. She noted the oil industry spent the money as “independent expenditures,” meaning she had no control over that spending during the campaign.

“Campaign slogans and strategies of my opponent are a thing of the past,” said Ashby, whose district includes Sacramento. “I’m fixated on the people of Senate District 8 and I will make my decision based on what is in their best interest.”